A month ago temperatures were in the single digits and snow and ice covered the ground. Today it is a balmy and humid 72 degrees. Winter swooped in and showed itself right out. 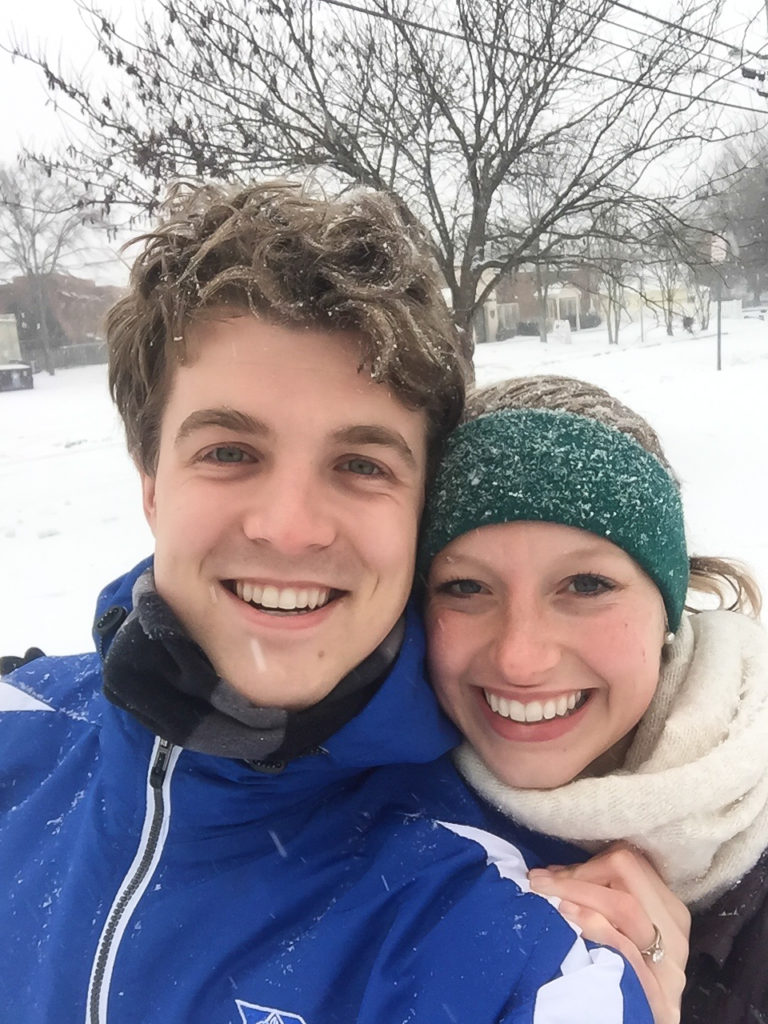 Snow only comes to North Carolina about once a year, twice if we’re lucky, but usually not until late January or February, so it was a shock to see meteorologists talking about snow in the first week of the new year. I honestly didn’t put much weight into the meteorologists’ predictions for snow when they first started talking about it early on in that week. I couldn’t believe that we would get snow so early! As it got closer and closer to the weekend, they started increasing their predictions for how many inches of the fluffy stuff we would get. They started with 4 inches, then upped it to 6, then they started predicting 8 inches of snow for our area and 12 in nearby cities and towns! Grocery stores were completely out of eggs, milk and bread in a matter of hours the day before “the big snow” (we don’t know how to handle snow very well here). 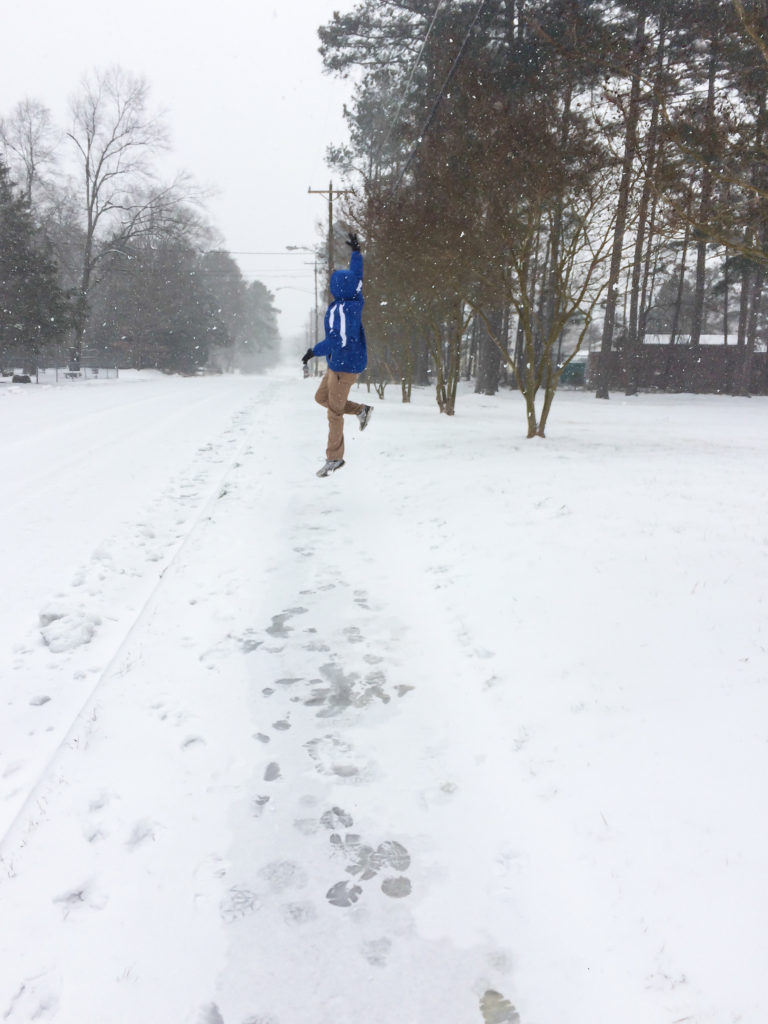 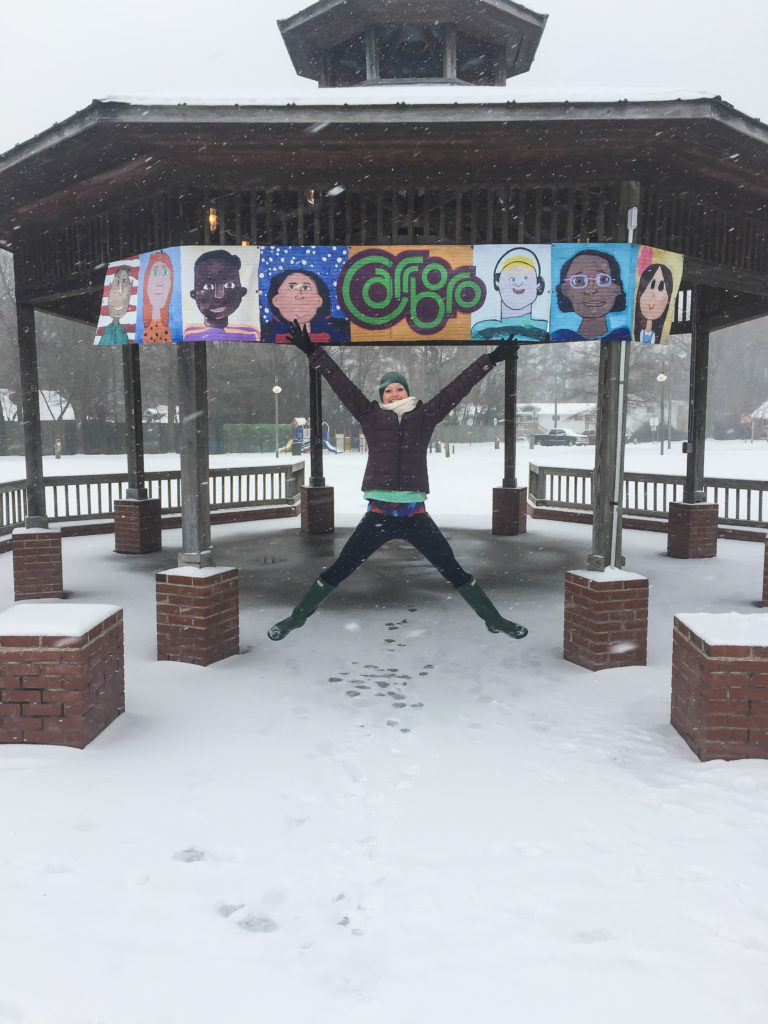 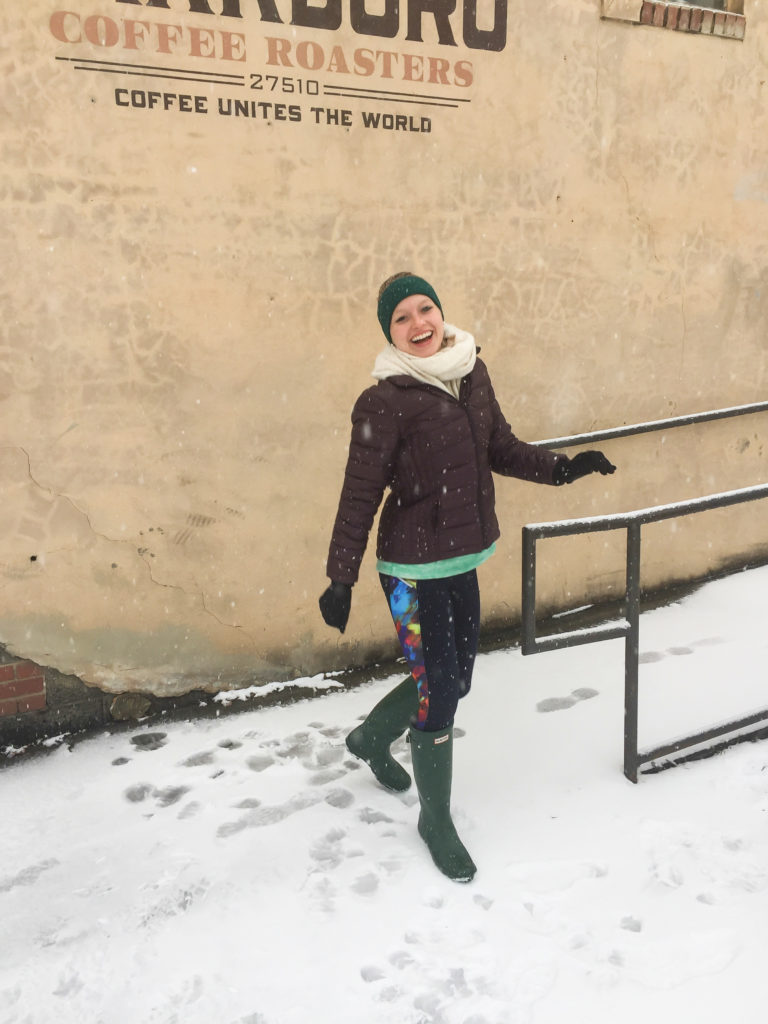 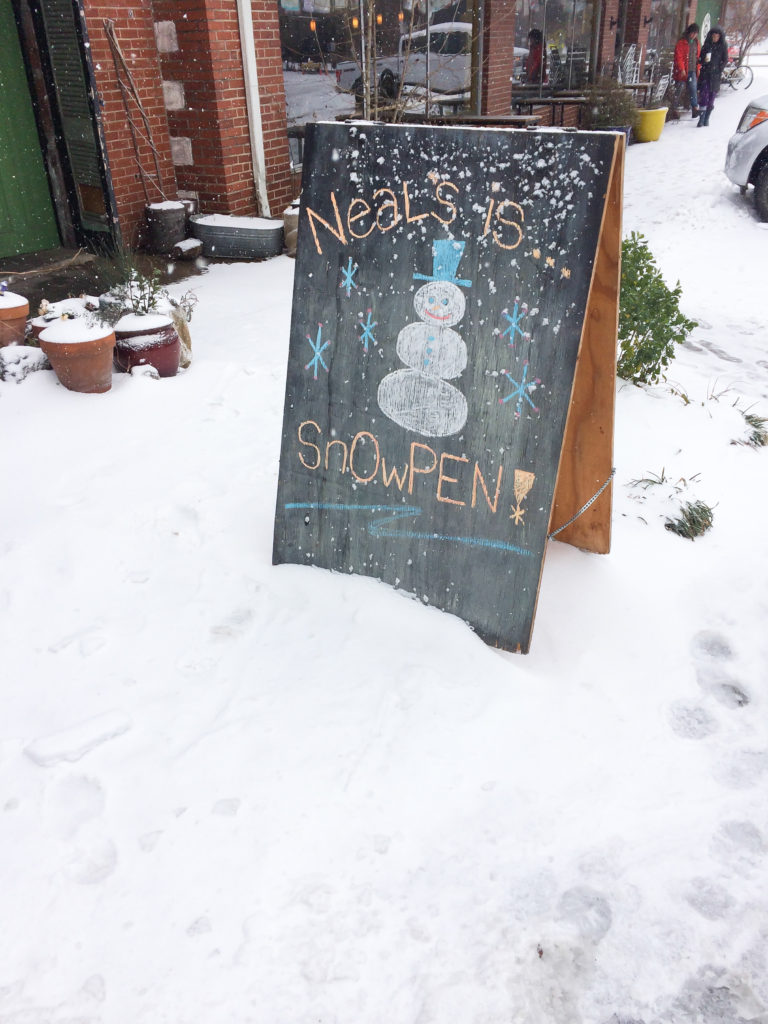 I have found that the older I get, the more snow is a source of nuisance rather than source of fun, but having already figured out backup plans for work events the next week, and having the snow come down on Friday night and Saturday made this snow day so exciting! Will and I took advantage of our location and the empty roads and walked to our downtown shops to see what was open, catching falling snowflakes along the way.

Since we live in such a walkable area with a quaint and quirky downtown and lots of neighborhoods nearby, some of the shop owners and other residents had the same idea. On a whim, we popped into a local coffee shop and stayed warm with a cup of coffee, a press pot of tea and a slice of delicious galette de roi from a local bakery (fitting for the first weekend of January :) ). This impromptu coffee shop visit was one of the best parts of the snow day – it was so unexpected, cozy and fun and we felt like true community members! We watched out the large front windows of the shop as the snow fell and winds twirled the snowflakes around people walking boot-clad dogs.

There are a lot of temporary residents in our town (including us), transplanted from all over the country and the world to attend college, graduate or other professional schools here. This made for great people watching on a snowy day, as we could easily pick out people who had previously lived in colder areas (hint: puffer coats that came past their knees, full snowsuits, snow boots and face masks to block the wind; extra points if their dog had a full snowsuit too). 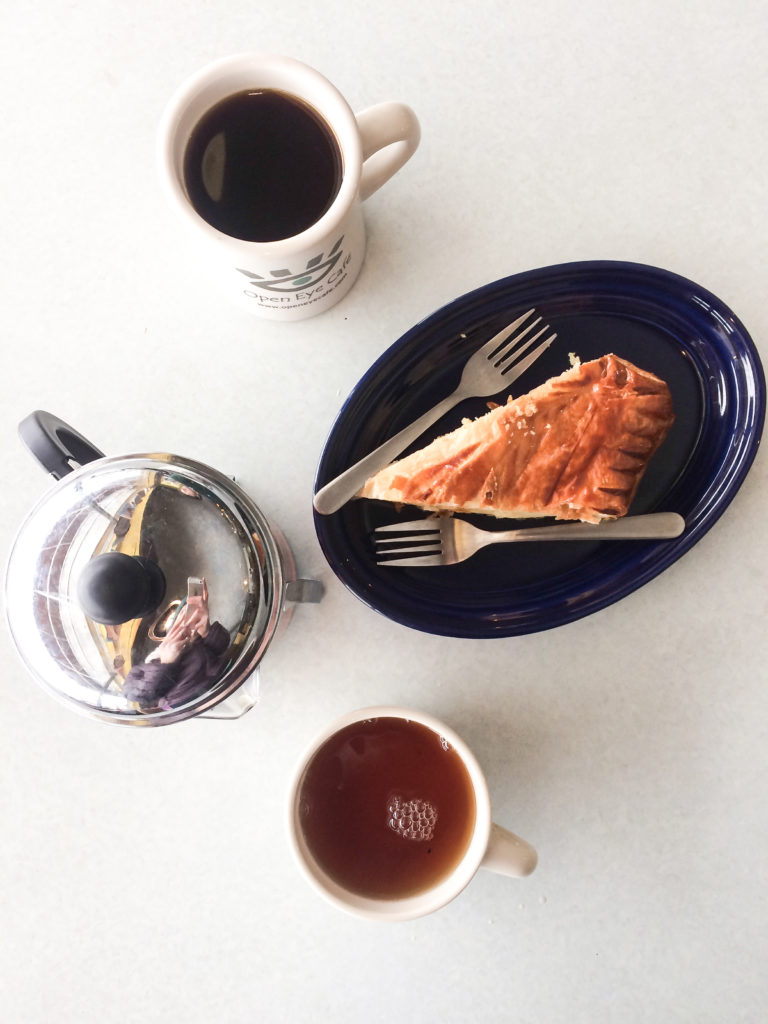 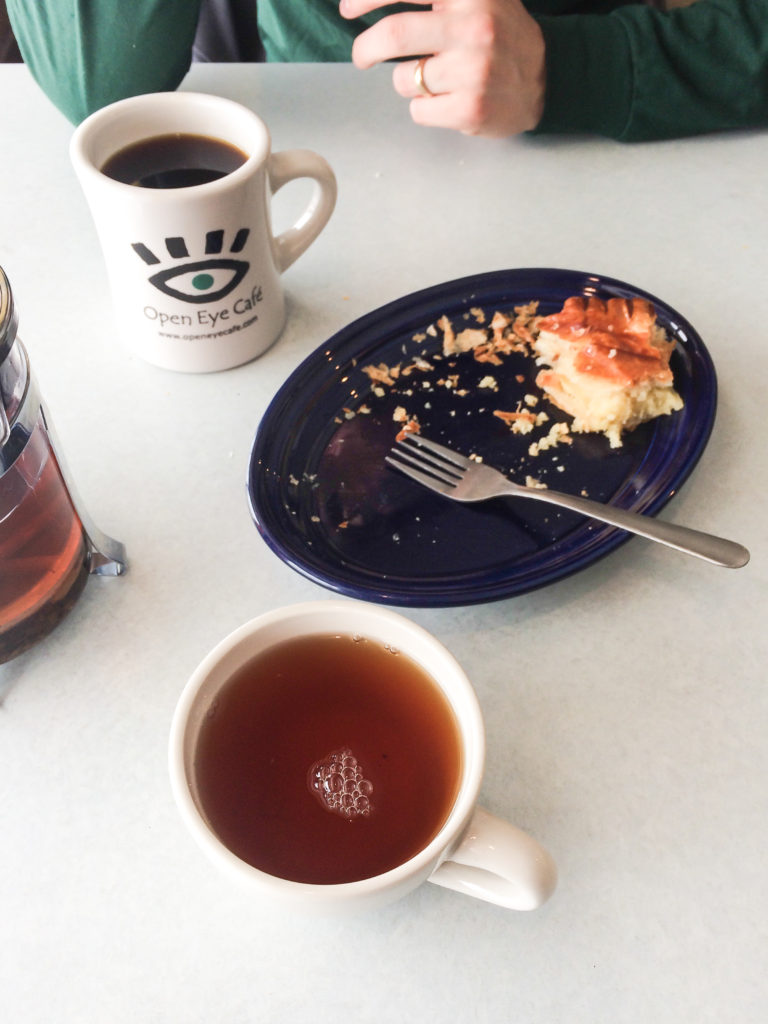 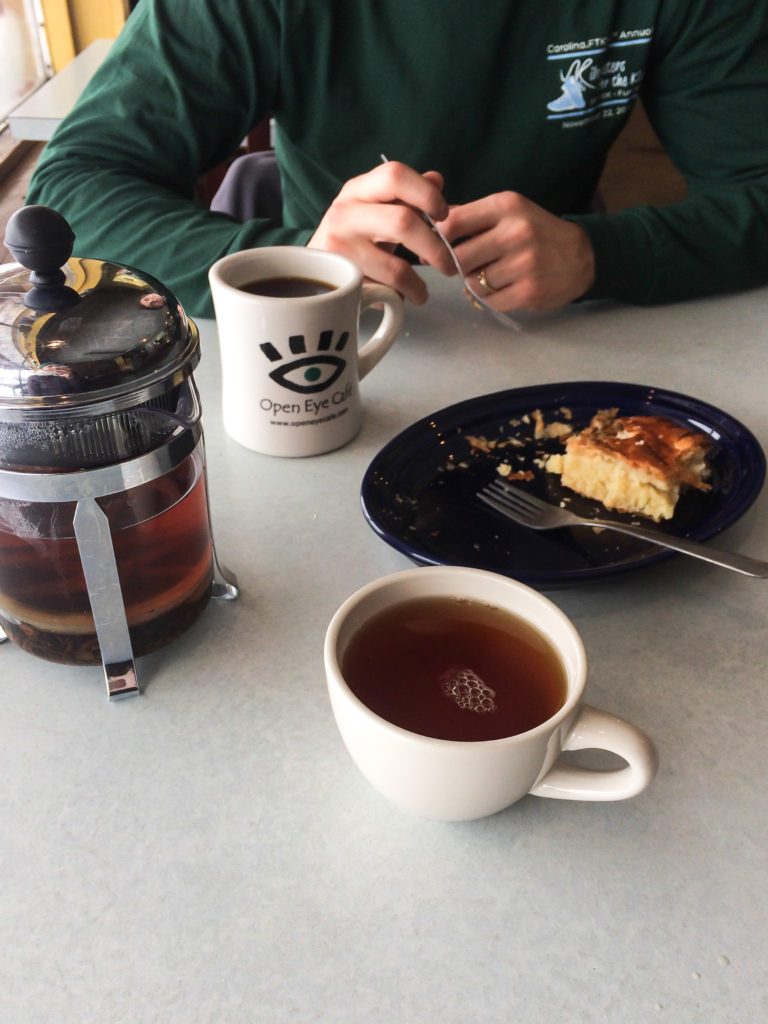 While these 70 degree days are beautiful, I’m not sure I’m ready for them to stay. I wasn’t expecting winter to leave so soon and it doesn’t feel like February without the cold weather. Maybe these pictures will bring us a few more weeks of cold? Just a few.