Back in the fall, I signed up for a marathon. 26.2 miles. Before training for this race, the farthest I had ever run were half marathons. Over the past few years I have run three half marathons, the last one in 2015 in Brooklyn with a group of good friends, many who had never run a half before. When I finished that race I thought to myself, I think could keep going for a few more miles, not double what I had just done, but a few more. The thought of running a marathon was so daunting, but felt more achievable in that moment than it ever had before. 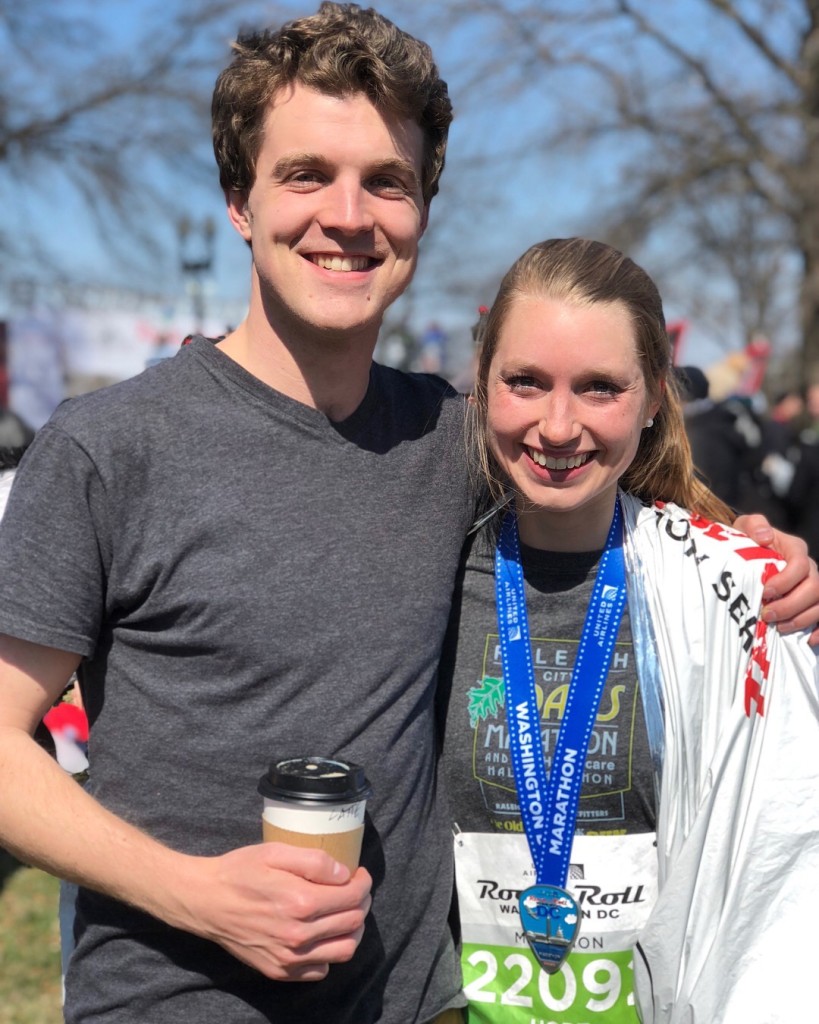 Fast-forward almost exactly two years to October 2017. I was actively refreshing my screen to track one of my friends who was running the Chicago Marathon. This same friend ran the Brooklyn half with me and had never run a half marathon before that race. So impressive (go Avery!)!

I had been thinking about signing up for a marathon for a few months, and even looked into different races and courses, but hadn’t actually made concrete plans to run any of them. In my experience with racing in both the fall and spring, I knew I much rather do long runs in the cold winter weather than in the blazing hot, humid North Carolina summers, but to do a spring marathon, my training time would have to start soon. The renewed inspiration from watching this amazing friend in the Chicago Marathon prompted me to really dig into my race search and actually make a decision. Within a few days, I signed up for a March marathon in D.C. and dove into training, building up my miles each week. 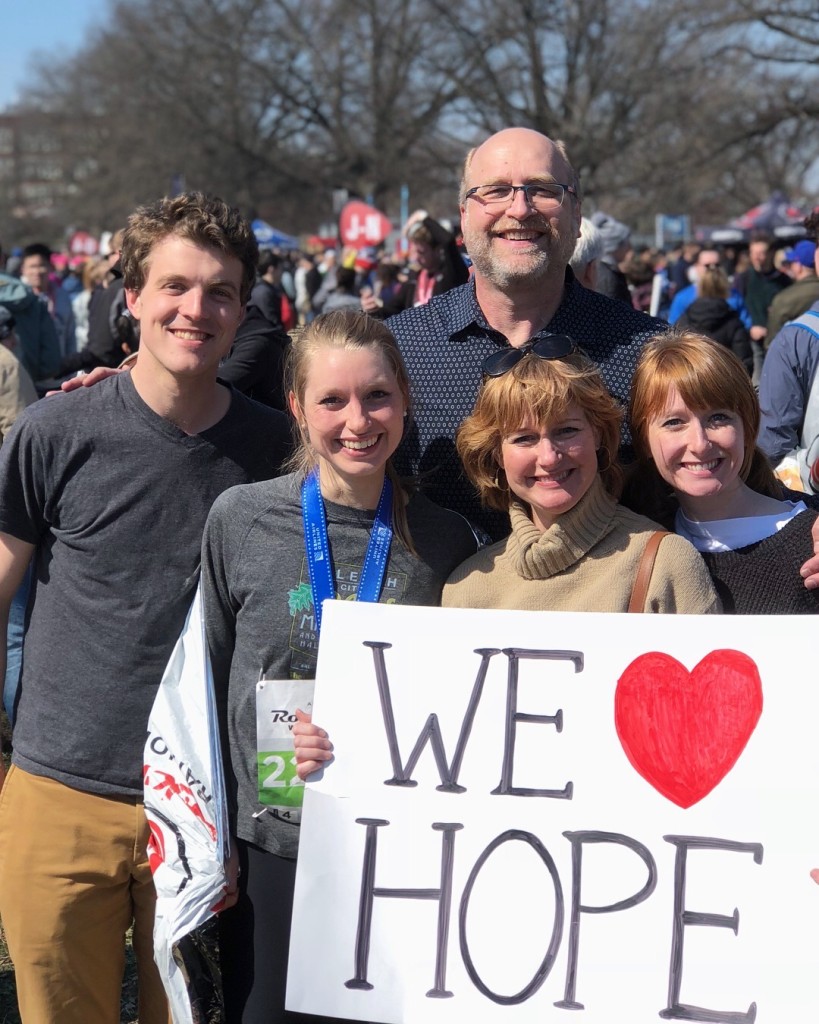 Training for this race was such a learning process about what I can do and what my body needs in order to accomplish these long runs, but was also amazingly empowering. I had never run anything longer than 13.1 miles and was afraid of the longer runs leading up to the race. When I broke the 16-mile barrier I immediately felt better about marathon training, and felt so proud of what I could accomplish! Each week after that was longer than I had ever run, but setting my mind to it, mapping out a course ahead of time, talking through my route, and gathering all of the supplies I needed to feel like I was prepared made me feel like these were milestones I could accomplish!

This past weekend I ran 26.2 miles. It was long and I was sore during, and still a few days after the race, but I did it – I ran a marathon! I was both nervous and excited going into the race, but mostly excited. I was not going for a specific time, just for safe completion. Before I left for D.C. on Friday, a coworker told me that completing a large goal like this takes ambition, perseverance, courage, determination, hard work, and planning, and that these are things I should be proud of whether or not I finished the race, and completing the 26.2 miles would be the cherry on top. In the races I have run in the past I would have felt frustrated and like I was a disappointment if I didn’t finish the race within a certain time, but marathon training taught me that we are capable of doing so much, and should be proud of all parts of our accomplishments, even just the long training runs along the way. 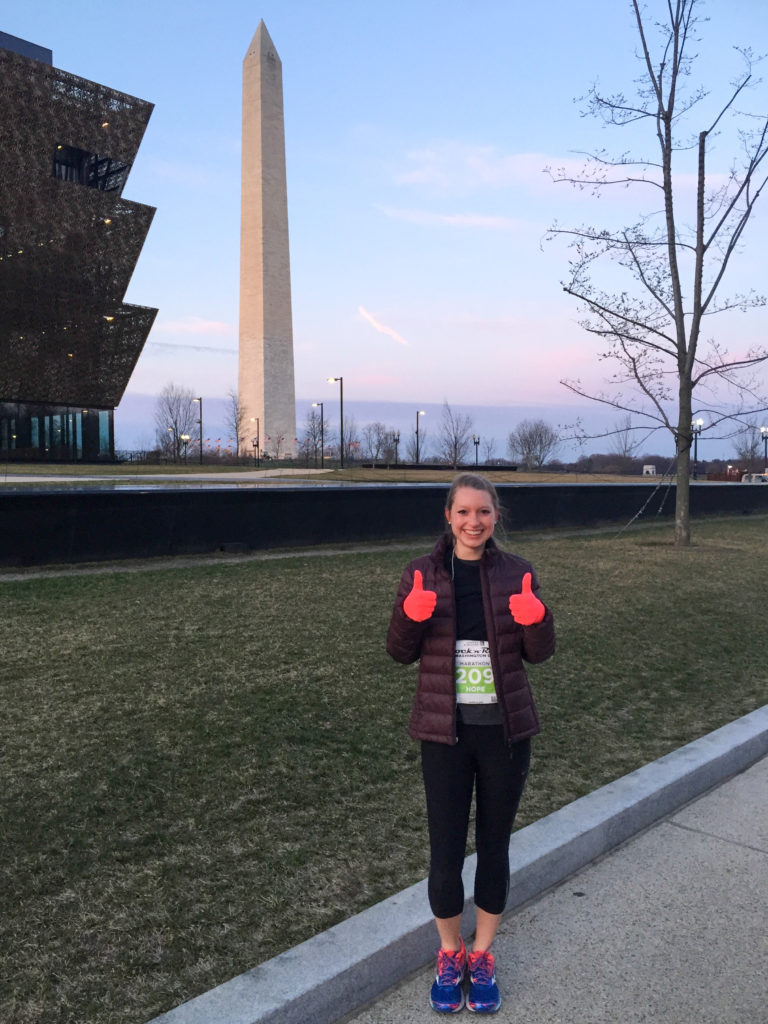 I am by no means a marathon guru, but I like to think of marathon training and prep as I would other large goals on my list. With that in mind, these are a few tips I have found useful in setting and achieving big goals:

Make a plan and take action steps on it
Decide a timeline for when you want to achieve your goal. For a race like this that included looking at how long I would need to train, when I wanted to train (winter or summer), and where the races were located. Once I had planned out the timing my action steps were registering for a race and beginning to train.

Write out the smaller steps you need to take to achieve your goal
Once I decided to run a marathon and signed up for one, I needed to put in steps to make sure I achieved that goal. I looked up a training plan and wrote in all of my runs in my planner and put the long runs in my iCal. This might sound overboard, but I had to make sure I had enough time blocked off on those weekends when I had to complete those really long runs. This also helped my weekday planning because I knew when I needed to shift my running scheduled to accommodate dinners with friends and family or evening work events. I didn’t get to the end of the week upset about what I wasn’t able to accomplish because I had planned ahead and made time for each run.

Get prepared
I mentioned a few of the things that helped me before my long runs were mapping out my run (I use mapmyrun.com) and gathering all of the supplies I needed. I listen to podcasts on my long runs, so part of my preparation was to find and download podcasts I wanted to listen to, and make sure I had enough to cover the amount of time I would spend running so I didn’t have a spurt of silence at the end. I like to get more than enough Gu packets, fill a handheld water bottle, and gather all of my rain gear before my long runs. Running a few of my long runs in the rain instead of waiting for sunny days also helped me feel more prepared in case I have to deal with nasty weather on race day.

Start (and keep going)
To achieve a new goal, you have to start somewhere. We have all heard the saying “a year from now you will wish you had started today.” Start now, friends! What is stopping you?

I follow Cultivate What Matters, a company dedicated to helping others achieve their goals, on Instagram. As I scroll, I often see one of their slogans, “little by little, progress adds up,” pop up in those little squares. This is true for all of our big goals, but it is visibly and tangibly true in race training. You start the training plan with smaller, single-digit miles and add one or two to your runs each week, until a few months later you are up to 26.2 miles! You can see visible progress when you look at the number of miles on paper, and feel tangible progress through your accomplishment and your sore legs when you finish those long runs.

Running a marathon isn’t something that everyone wants to do, but it certainly a good metaphor for those other large goals you might have that just haven’t come to fruition yet. It is hard to start with such a lofty end goal in mind, but with some preparation, doable action steps, and the encouragement to start and not stop, you can accomplish those goals, too!

Thank you for supporting me as I continue to chase my goals :) 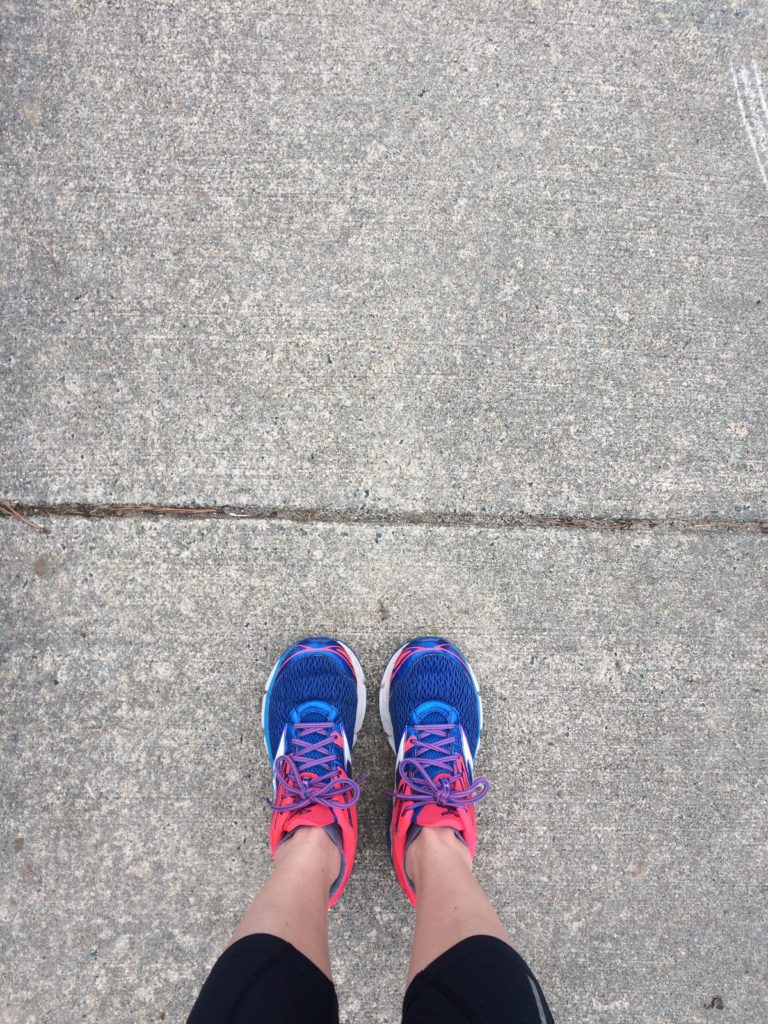