With St. Patrick’s Day on Thursday, Guinness brownies with Irish cream chocolate ganache frosting should really be on your menu. Two great Irish beverages, combined into one delicious chocolatey dessert – how could you go wrong? 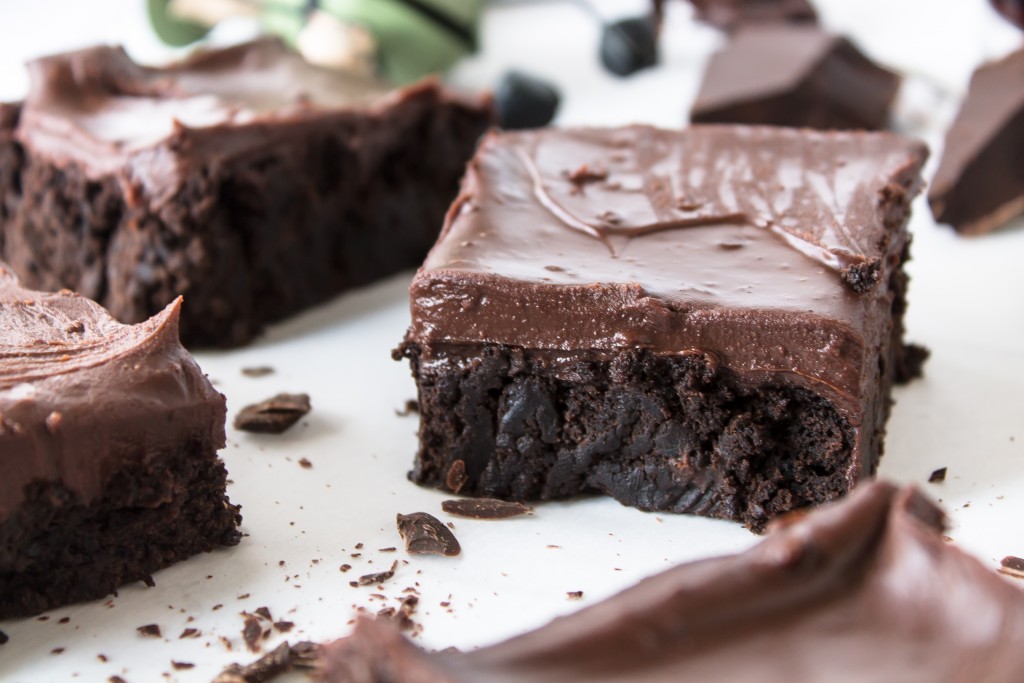 Also, I didn’t realize that building a house for the leprechauns wasn’t a staple St. Patrick’s Day agenda item. Did anyone else do this every year? I looked it up and it seems fairly common to build a trap, and I guess that is what ours was, but my younger siblings and I really just wanted to give the little guy a place to stay for the night and see a picture of him to make sure he had red hair. We really weren’t that into St. Patrick’s Day on the whole, but you better believe we built some awesome leprechaun houses. Will tells me this isn’t a normal thing to do, but I’ve learned that my childhood was full of abnormal traditions that I thought were done across the board. Someone’s got to be unique, right? ;) 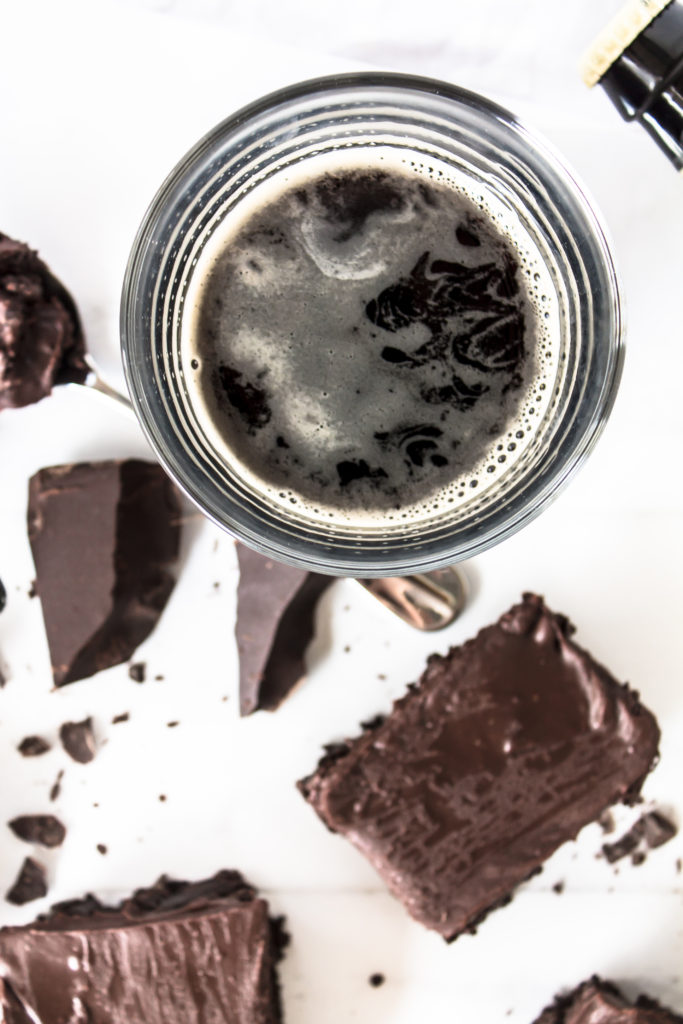 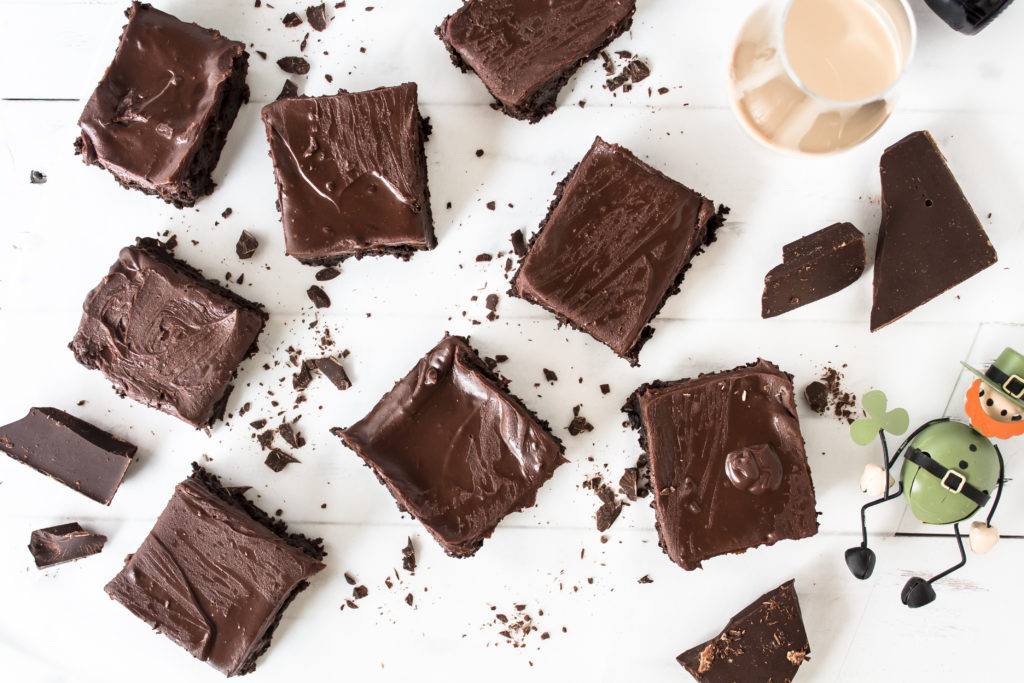 These brownies are dense, fudgy, and intensely chocolaty. The smooth Irish cream chocolate ganache frosting is filled with the flavor of the Irish cream and pairs well with the deep dark brownie base. I usually don’t like icing on my brownies, but this one works so well and really brings the perfect flavor for a St. Patrick’s Day party. The semi-sweet creamy ganache juxtaposes the dark truffle-like brownies underneath and takes the brownies to the next level. All you need now is a big, cold glass of milk (or a cold glass of Guinness, if you are really feeling Irish). 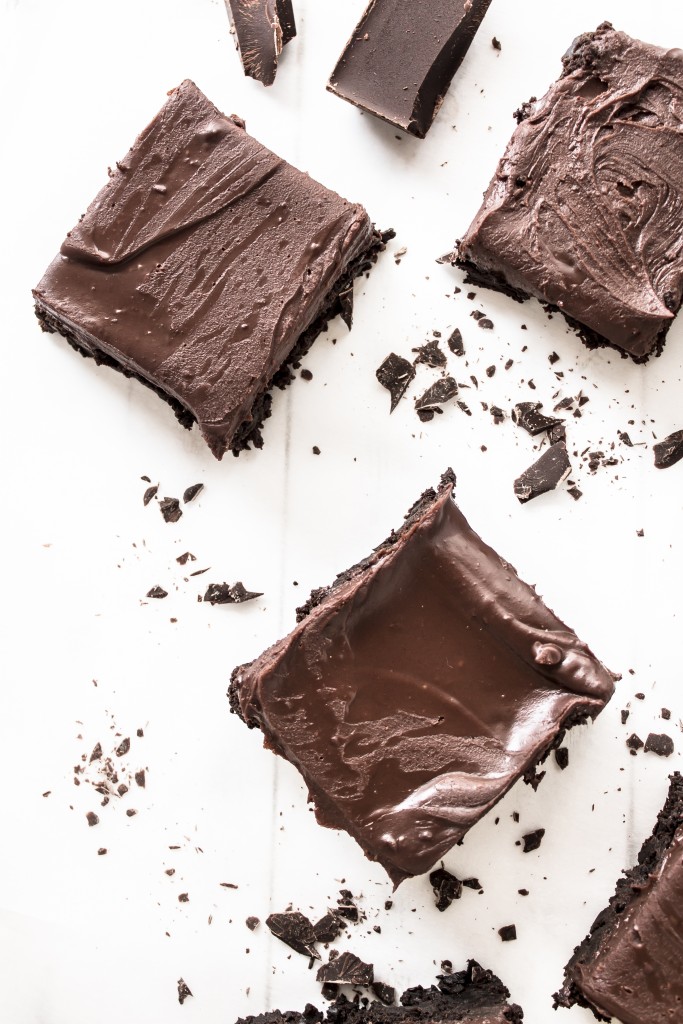 Guinness brownies are simple to make and easily wow a crowd. The flavor of the beer doesn’t come through too much, it mainly acts to deepen the flavor of the chocolate and of the brownie overall. If you don’t want to use as much Guinness though, swap out some of the beer for more coffee. Like the stout beer, coffee doesn’t bring a strong flavor to the brownies, but does enhance the dark chocolate. Either way you choose, you can’t go wrong with these rich, chewy, delicious Guinness brownies with Irish cream chocolate ganache frosting. Mmmmm, let’s just say that one more time. 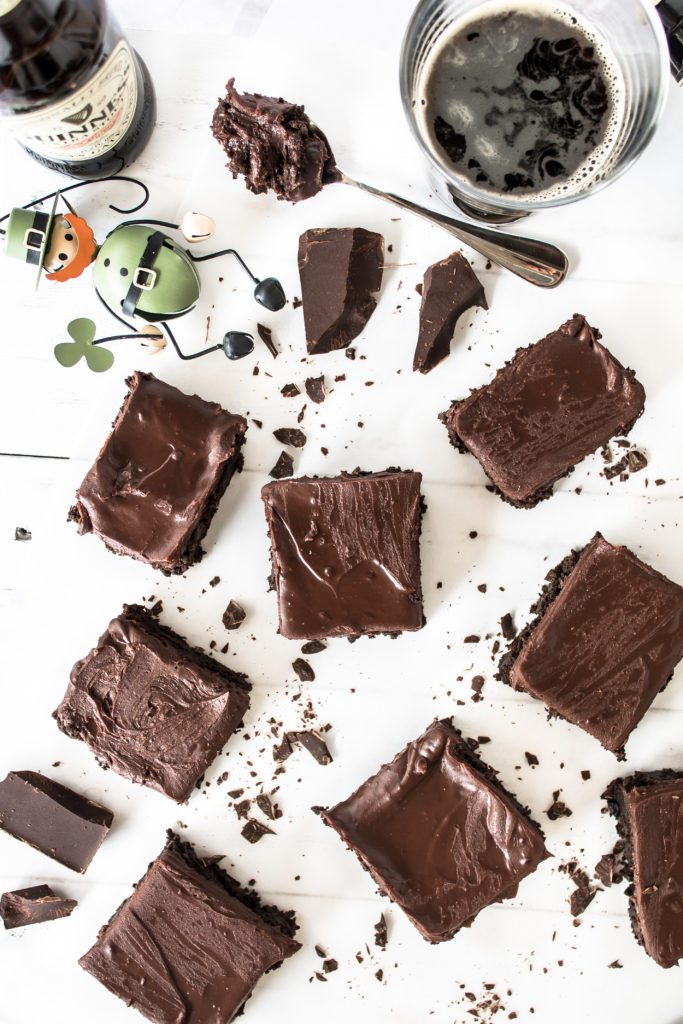 I know what Irish inspired dessert I’ll be having this week. Maybe the leprechaun will come for these brownies – they’re magically delicious ;)

In a microwave-safe bowl, melt the butter. Remove from the microwave, stir in the sugar, and microwave again for 30 seconds. Stir again and microwave for about 60 seconds (you might have to go a few seconds longer, depending on the strength/weakness of your microwave). You want the sugars and butter to bubble a little, but not burn.

Remove the sugar-butter mixture from the microwave and stir in bittersweet chocolate. The chocolate should melt completely as you stir it into the warm ingredients. If it doesn’t fully melt, put it in the microwave for another 15 seconds. Allow the mixture to cool slightly before whisking the Guinness, coffee, eggs, and vanilla.

Pour the batter into your prepared pan. Bake for 30 minutes, or until a tester or a knife inserted in the center of the brownies comes out mostly clean (a little batter is fine – they will be fudgy). Allow the brownies to cool completely before frosting.

In a small saucepan over low heat, heat the heavy cream and Irish cream until they just bubble around the edges. Pour the hot cream mixture over the chocolate and let it sit for a minute, then stir continuously until the chocolate melts into the cream and comes together into a uniform mixture. Let the frosting sit for at least one hour at room temperature, then spread it all over the brownies. Let the frosting covered brownies sit for a few minutes before cutting.*

*I have found that cutting brownies is easiest with a plastic knife. The brownies don’t stick to the plastic and therefore don’t clump up on the knife as you cut. 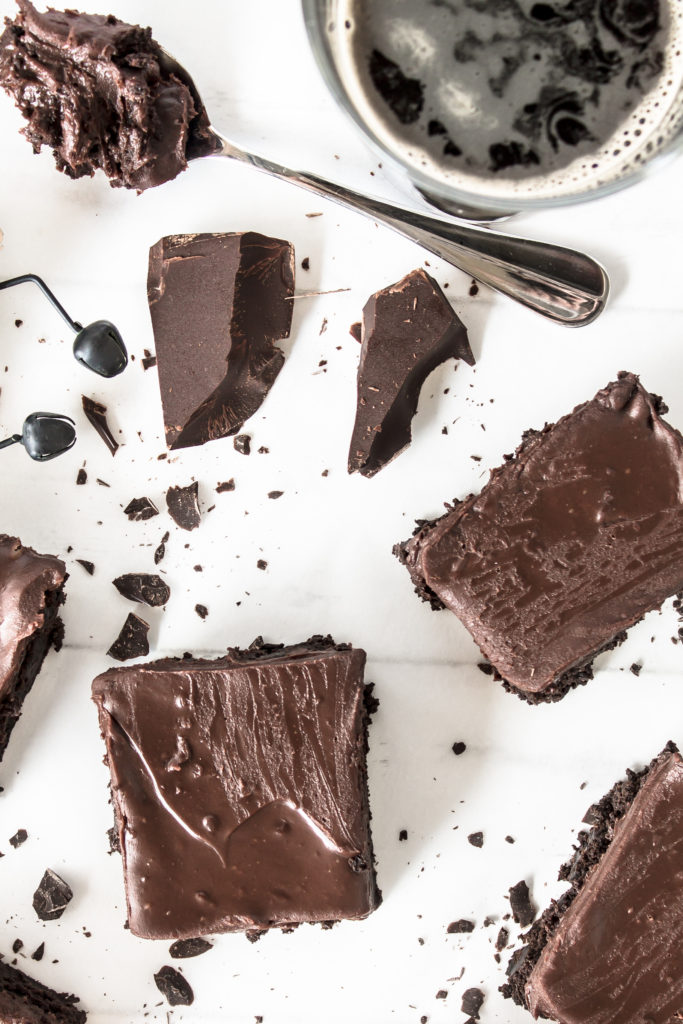 link love
wedding planning: what to do first