How happy would you be if someone handed you a pumpkin pop tarts with brown butter maple frosting as you were running out the door in the morning? They are the perfect cure for the Mondays. 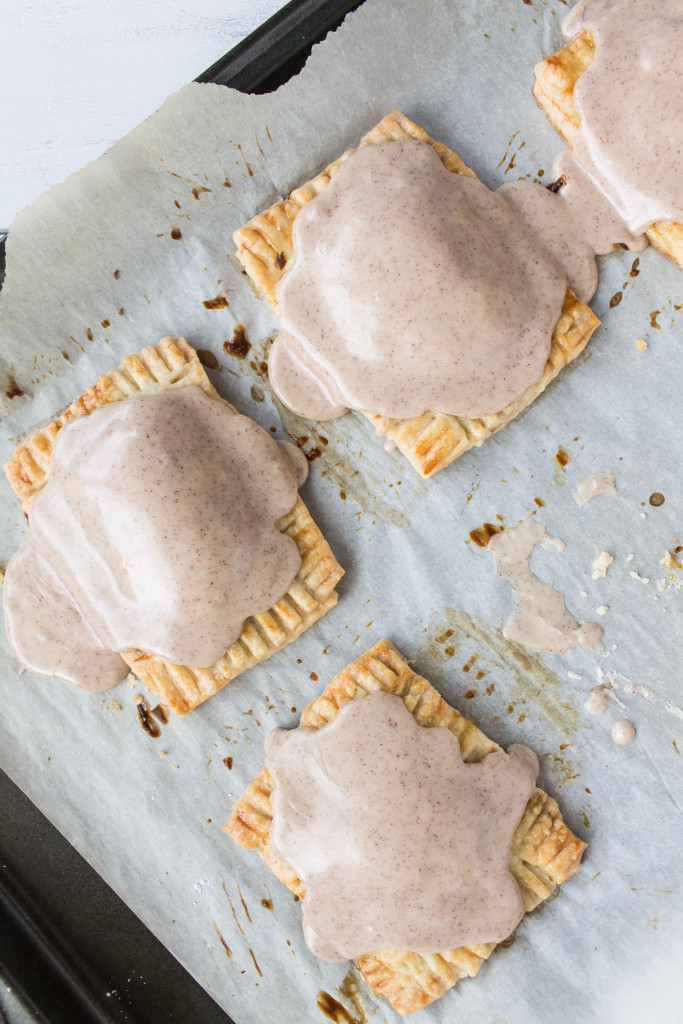 My siblings and I only had pop-tarts on vacation and at our grandparent’s house when we were growing up, so picking out the flavors was always a big deal. Pumpkin pop-tarts didn’t exist at the time; otherwise you better believe we would have picked those every time. We usually brought home s’mores, chocolate fudge, or chocolate chip cookie dough – always iced, of course. Now that I am older pop-tarts never taste as good as I remembered – but homemade pop tarts, on the other hand, are so so delicious, and amazingly easy! 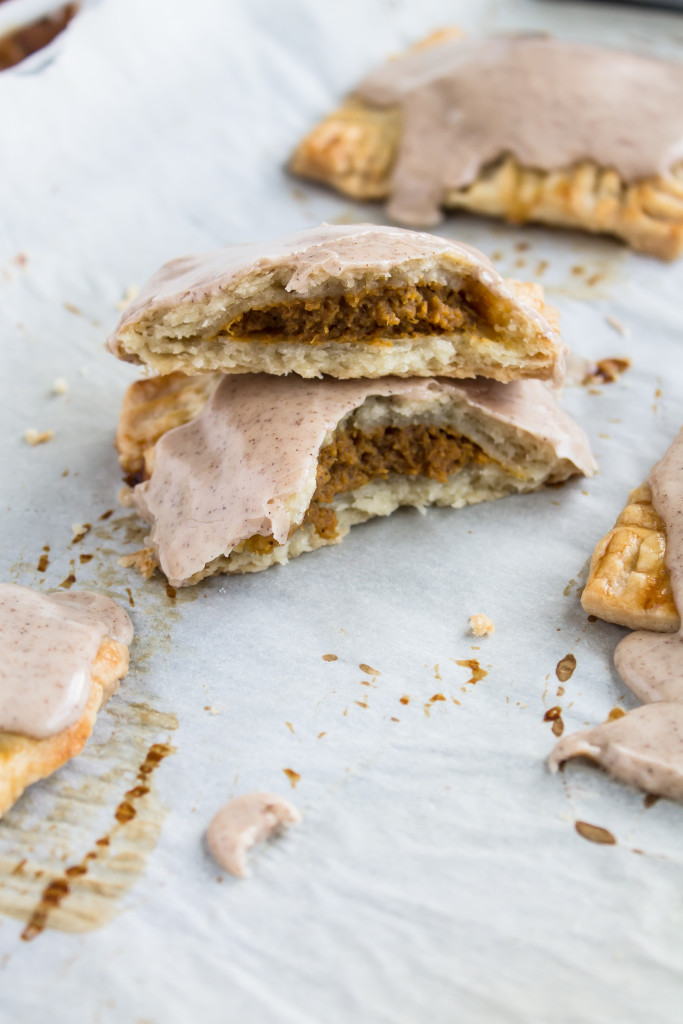 We’re not new to homemade pop tarts (also known as hand pies) around here. We have done apple bourbon, brown sugar cinnamon, raspberry almond, and now onto PUMPKIN POP TARTS! Don’t forget the brown butter maple cinnamon frosting – that is really what makes these so amazing. The pie crust is buttery and flakey, the pumpkin filling is soft and aromatic, and the brown butter maple cinnamon frosting is spiced, nutty, and warm. The combination of flavors is quintessentially fall and absolutely delicious. They are perfect for a breakfast treat or snack, especially on a chilly day when you just want to stay inside with your cup of coffee. 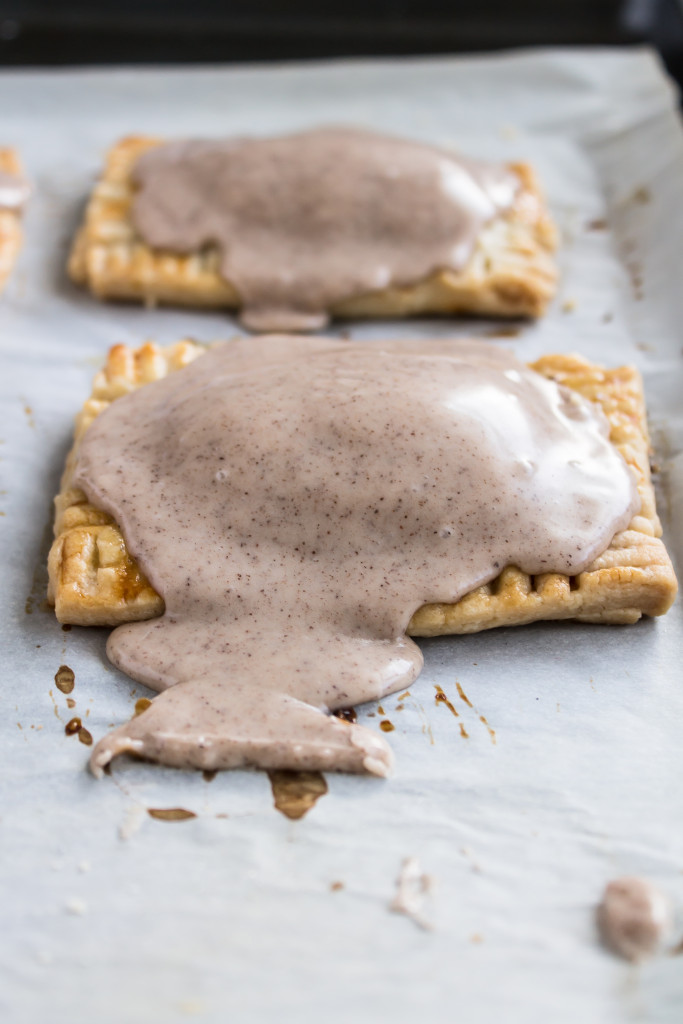 They are so simple to make. You can even use premade pie crust – no judgment here. They might not turn out quite as flakey and buttery, but they will still be amazing, especially when drenched in brown butter maple cinnamon frosting. Even though there is not much maple syrup in the frosting, it comes out strongly and pairs so well with the nutty browned butter. I love the specks in the frosting from the brown butter and the cinnamon. 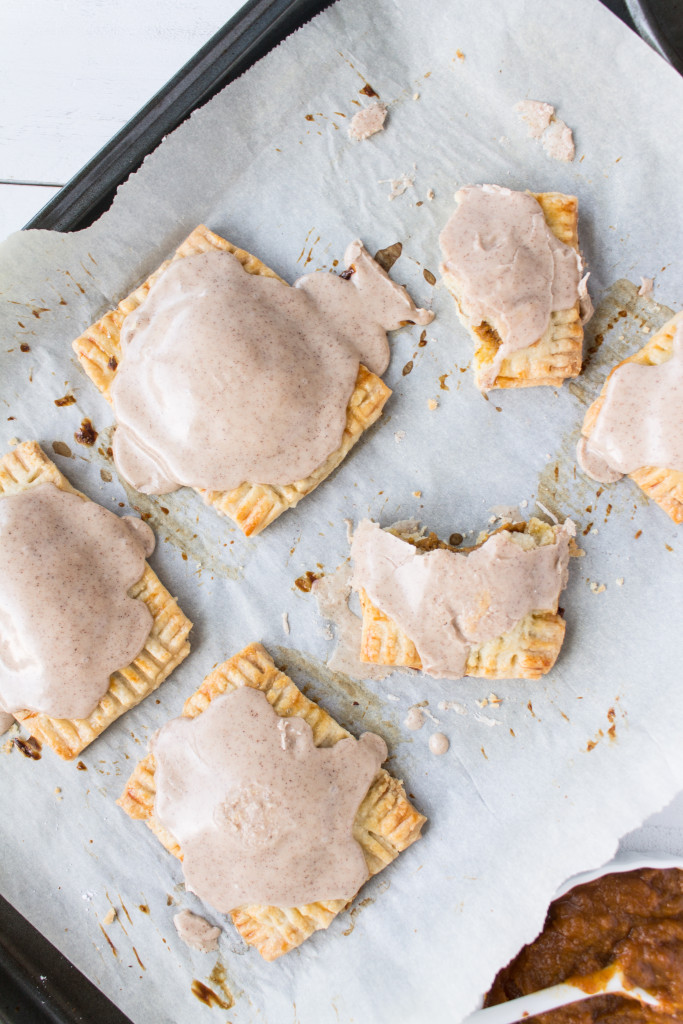 Pumpkin pop tarts are like a little teaser for the pumpkin pie to come later in the season, but in cute individual portions. They work so well to serve to friends who pop by, or to family for fun fall breakfast. They are little pockets of happiness covered in warm, delicious fall flavors. Make them (and the frosting!) and you’ll agree :)

To Make the Pumpkin Filling
In a medium bowl, beat together the pumpkin, egg, brown sugar, cinnamon, ginger, nutmeg, cloves, salt and milk until fully combined and smooth.

To Assemble
Preheat the oven to 350 degrees F.

On a floured surface, roll the pie dough out to about 1/8-inch thickness. Cut the dough into equal sized rectangles. Spread a heavy tablespoon of pumpkin filling on half of the rectangles, leaving a dough border around the edges. Place another rectangle of dough over the filling-topped rectangles (this is easier to do if you stretch the dough a little to fit over the filling). Use a fork to press the edges together and seal the pumpkin pop tarts.

To Make the Frosting
Over medium-high heat, cook the butter in a small saucepan on the stove until it becomes frothy and has amber flecks throughout.

Spread the frosting on the cooled pop tarts.

The pop tarts can be stored in an airtight container up to 1 week in the fridge. 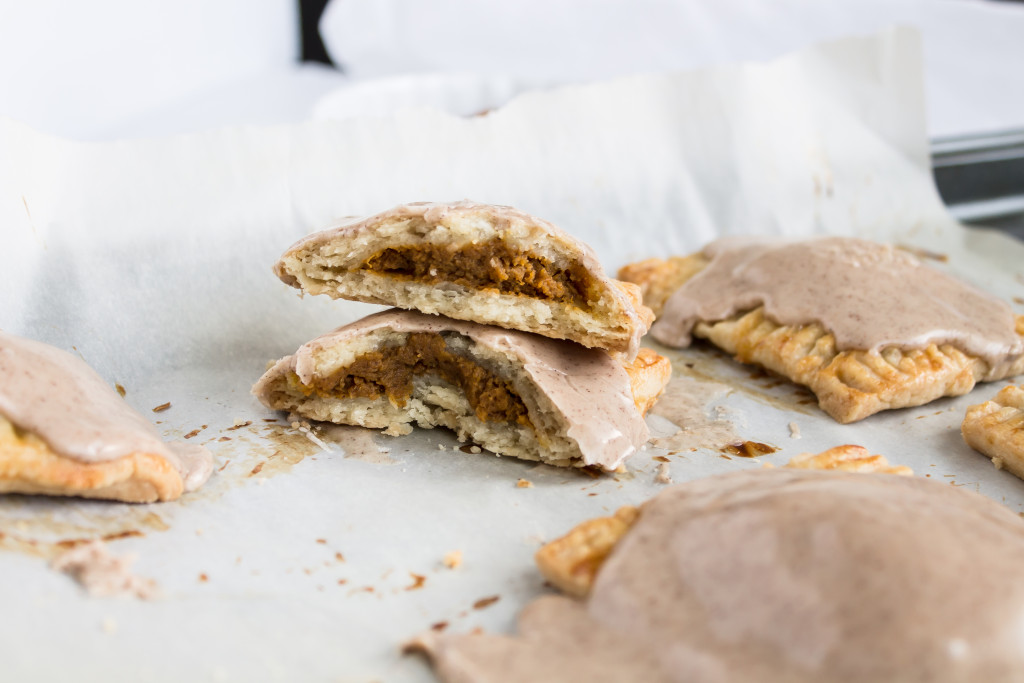