I mentioned in my November goals post that October was a busy month, both for work and in my personal life. The two biggest, and most fun, parts of the month were the trips I took: a girls weekend in the NC mountains to visit a friend who is due with her first baby any day now, and to NYC for a work conference. Which the changing leaves and cooler temperatures, both were such amazing places to visit in October.

After visiting the mountains, New York was a stark, but fun change. The leaves in the city were changing colors and the weather was crisp and cool, especially on my last day. I have been to New York in October before, but this trip convinced me that October is the best time to visit the city. It was beautiful and just what you expect from New York in the fall. 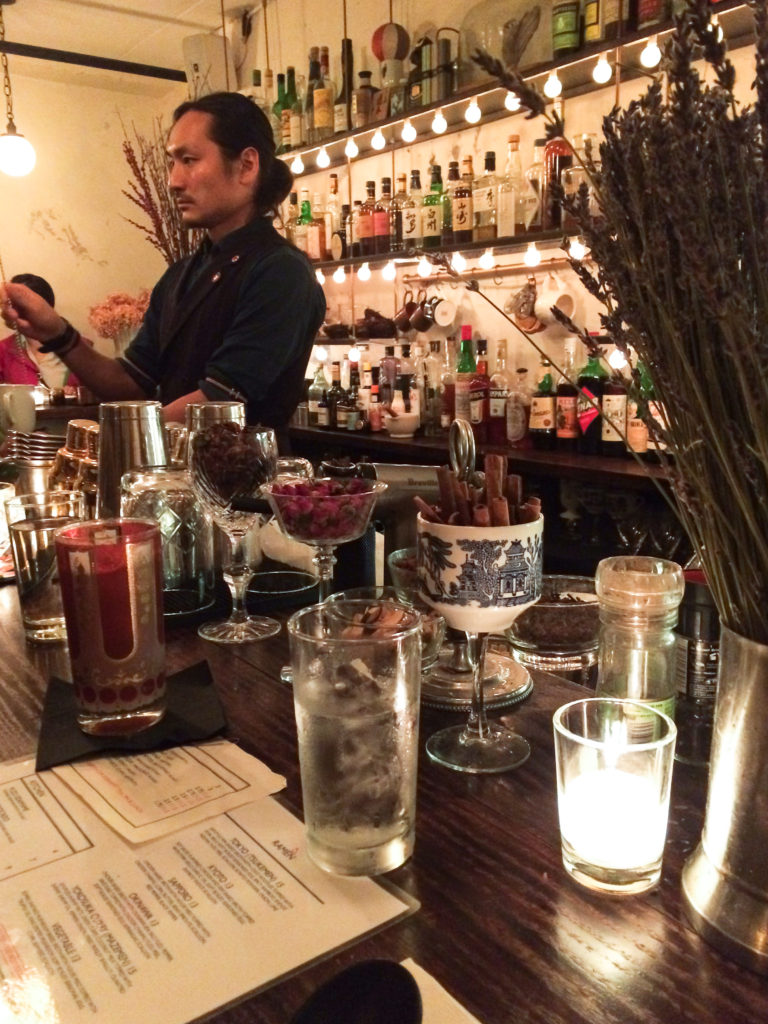 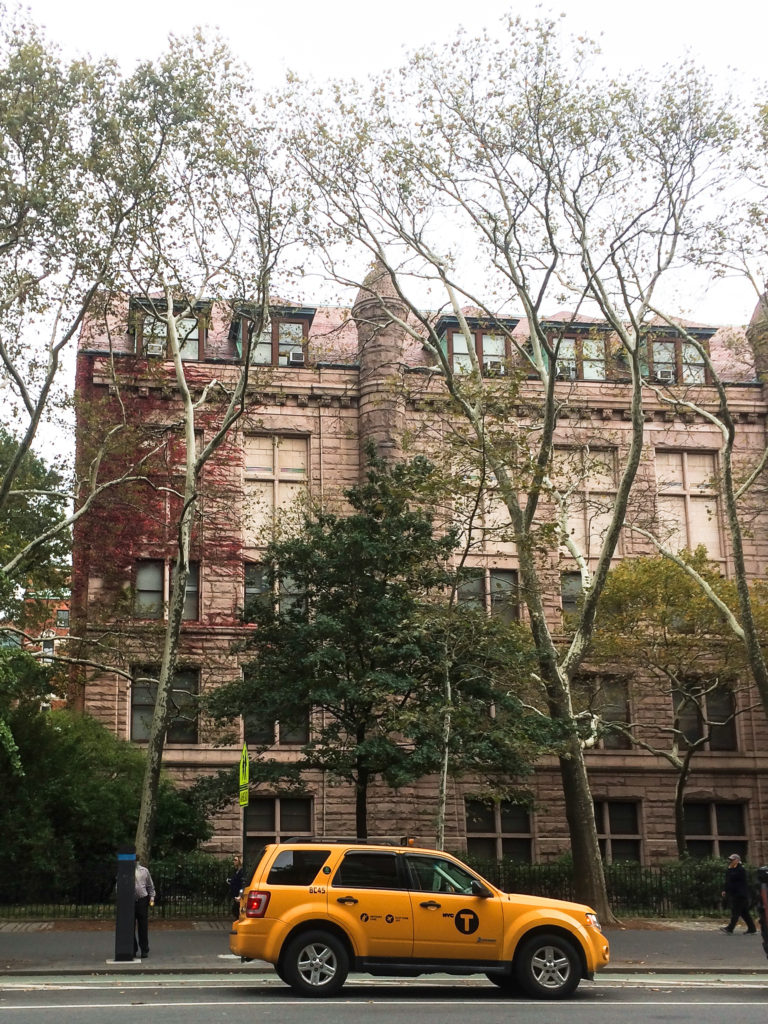 While I came for a work conference, I stayed with one of my college suitemates and had so much fun seeing her favorite places and exploring the city on my own. I wish I could do it all over again. Since I was only there for a short period of time, I packed light and left my camera behind, so these iPhone pics are all I have from this trip. They aren’t the best quality, but they still show New York in it’s fall glory. 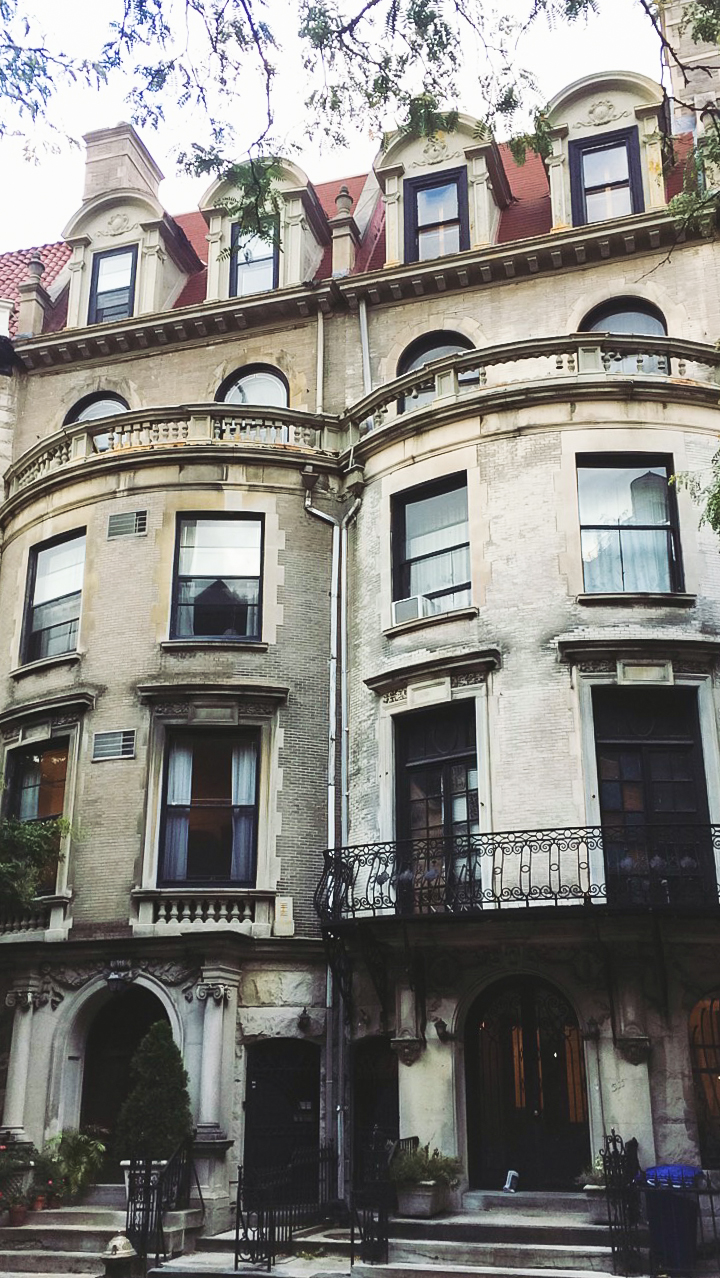 My flight didn’t leave until the afternoon the day after the conference, so I had the whole morning to wander and chose to do so on the upper west side. I decided to immerse myself in the New York way and grabbed a hot bagel from Absolute Bagels to eat on a park bench in Riverside Park, just one block away. I have been to NYC multiple times, and have spent time in Central Park, of course, and even Prospect Park, where my half marathon finished two years ago, but had never been to Riverside Park. It was amazing! The three-level park extends most of the way down the west side of Manhattan, sandwiched between the Hudson River and beautiful brownstones. There are bike paths that wind though the park and playgrounds every few blocks. I always find it amazing how great New York is about creating and maintaining green space. While I was eating breakfast I saw crews cleaning the paths, blowing the sand from the sandboxes out of the playground area, and picking up trash from the edges of the streets. The whole park was immaculate and peaceful, even though there were bustling streets just one and two blocks away. 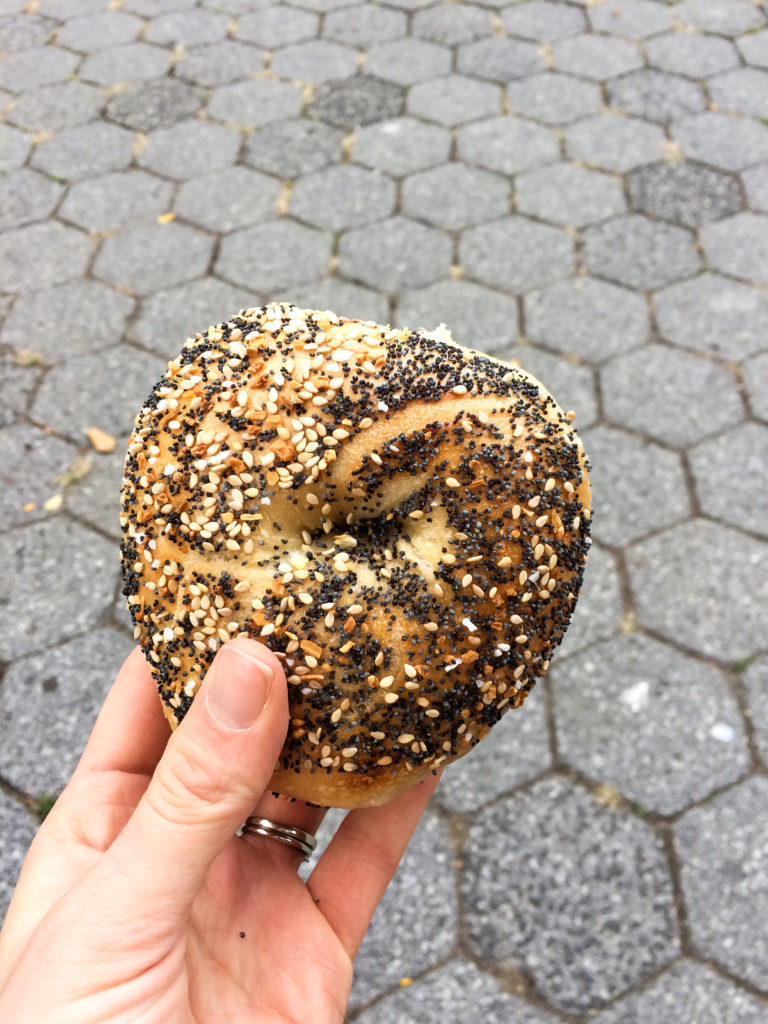 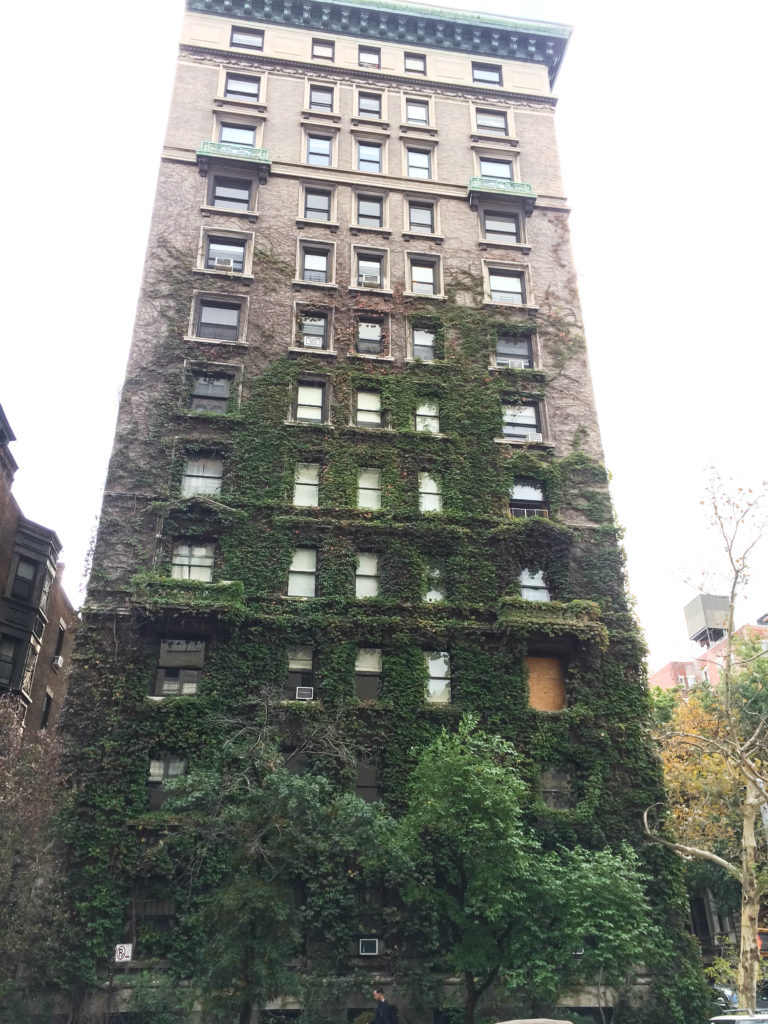 After my bagel and UWS wanderings, I made my way to Columbia University, grabbed coffee, and explored campus until I had to head to the airport. Campus was very pretty, but not what I expected. The buildings seemed to all be in different styles of architecture and were on different planes. I’m sure if I had been able to stay a little longer and walk around more the design may have made more sense. Despite the confusing planes, it was cool to walk off of busy streets with tall buildings onto a typical college campus. It didn’t feel like it was in the middle of NYC at all. 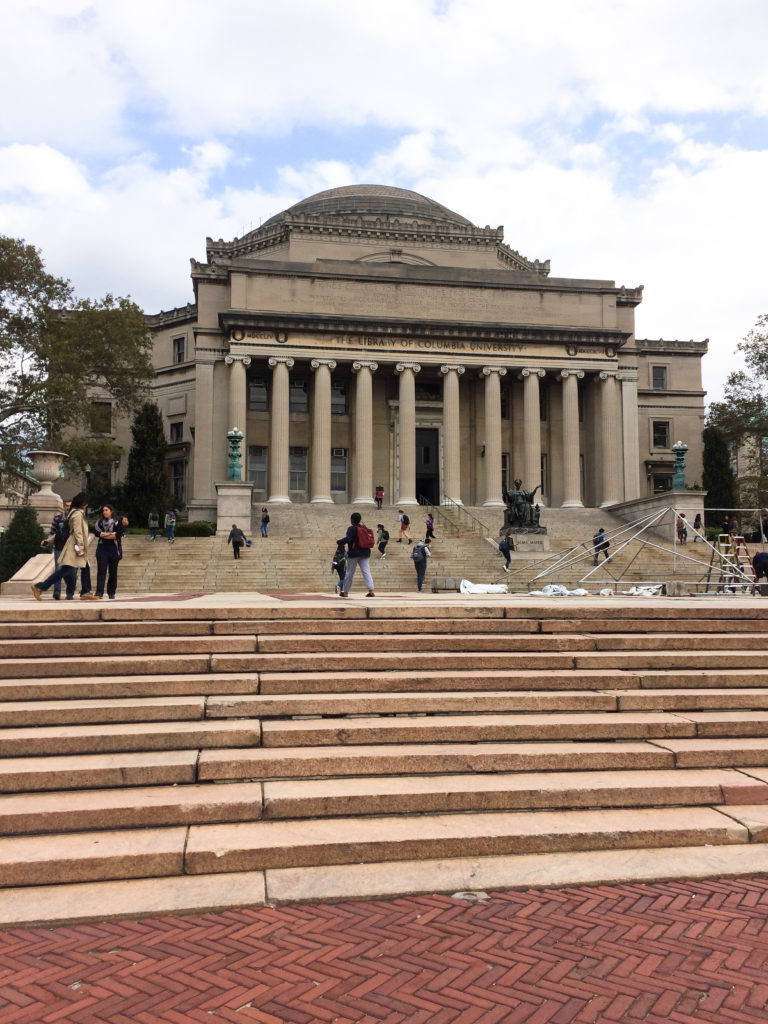 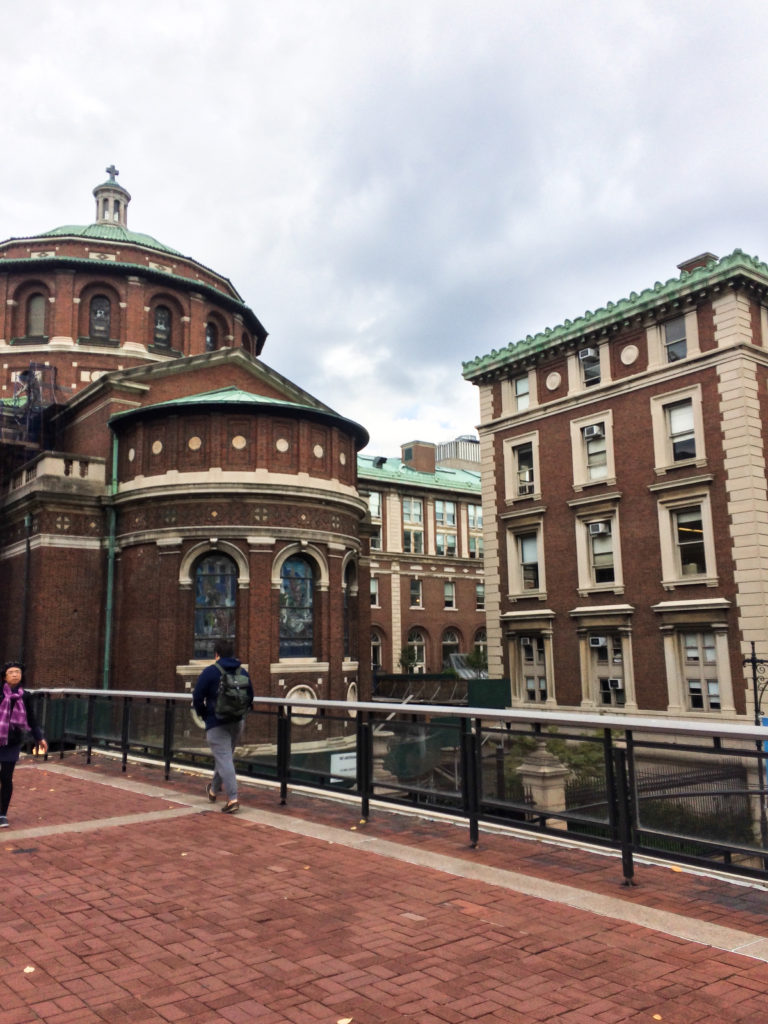 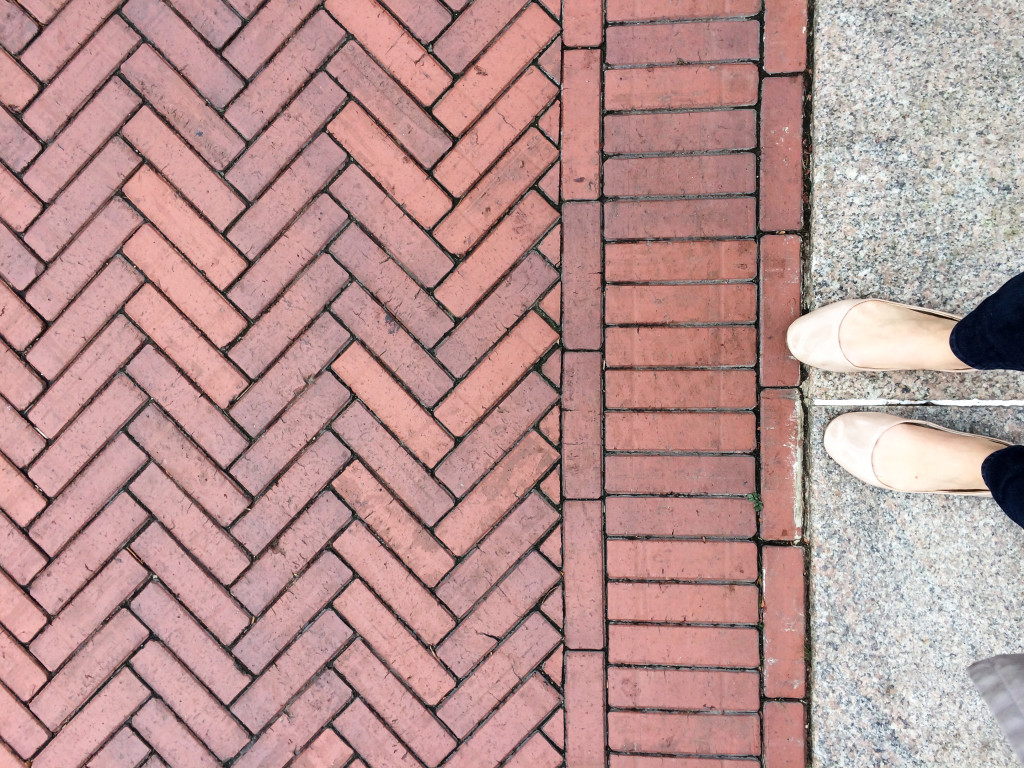 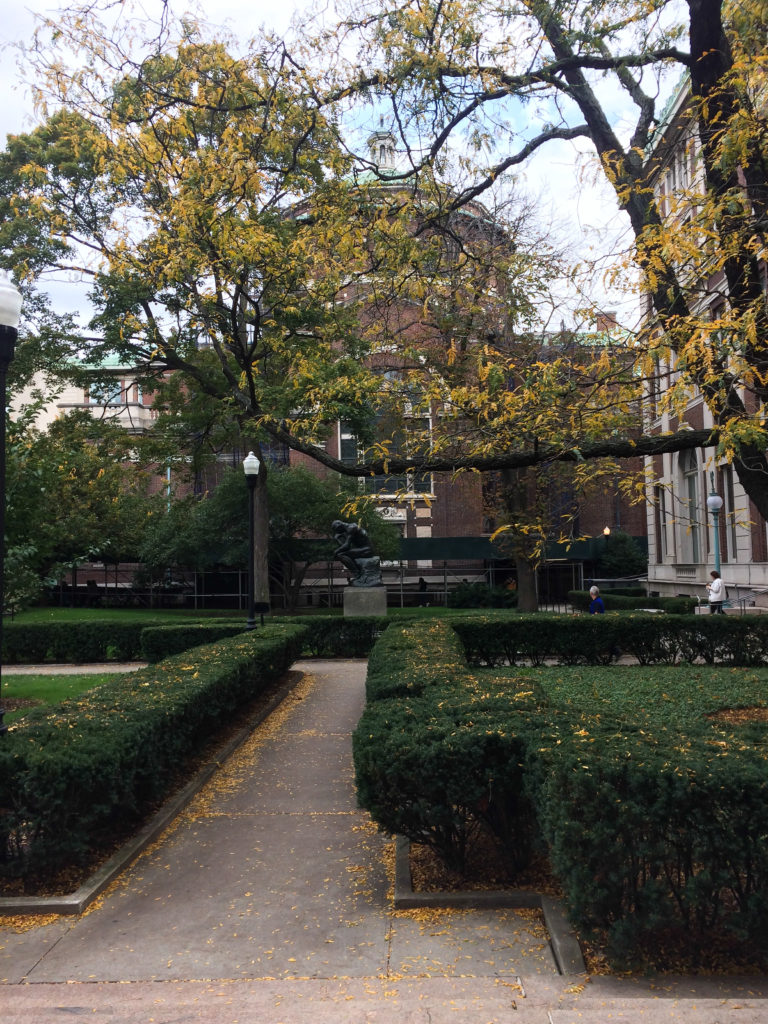 It was fun to explore new places and return to some of the places we went last time (because you can’t have too many Levain Bakery cookies). By the end my trip, I felt like I could navigate the city by myself. With each trip, I see new places and enjoy the city even more. I don’t have plans to go back anytime soon, but looking at these photos makes me want to book a ticket. 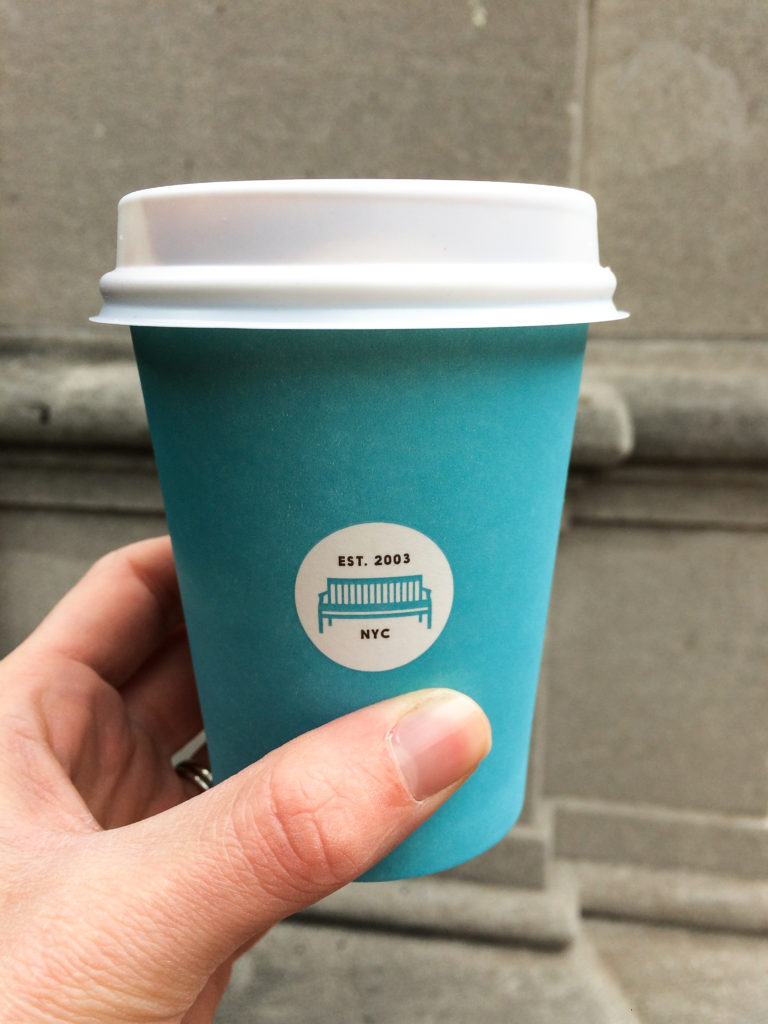