If you follow me on Instagram, you know that at the very beginning of the year my family took a trip to Paris! We left the U.S. on New Year’s Eve (our flight attendants wore party hats and crowns and blew party horns at midnight over the Atlantic!) and spent the first week of the new year in the City of Lights. My siblings are both graduating from college this year so we knew their winter break would be one of the last times everyone had open schedules at the same time and wanted to take advantage of that with a big trip. Paris never disappoints! During our week-long trip, we searched for the best chocolat chaud (hot chocolate) and croissant, hopped between tourist attractions and local shops, walked a ton, and enjoyed our little stint at Parisian life, complete with wine, cheese, and fresh baguettes. 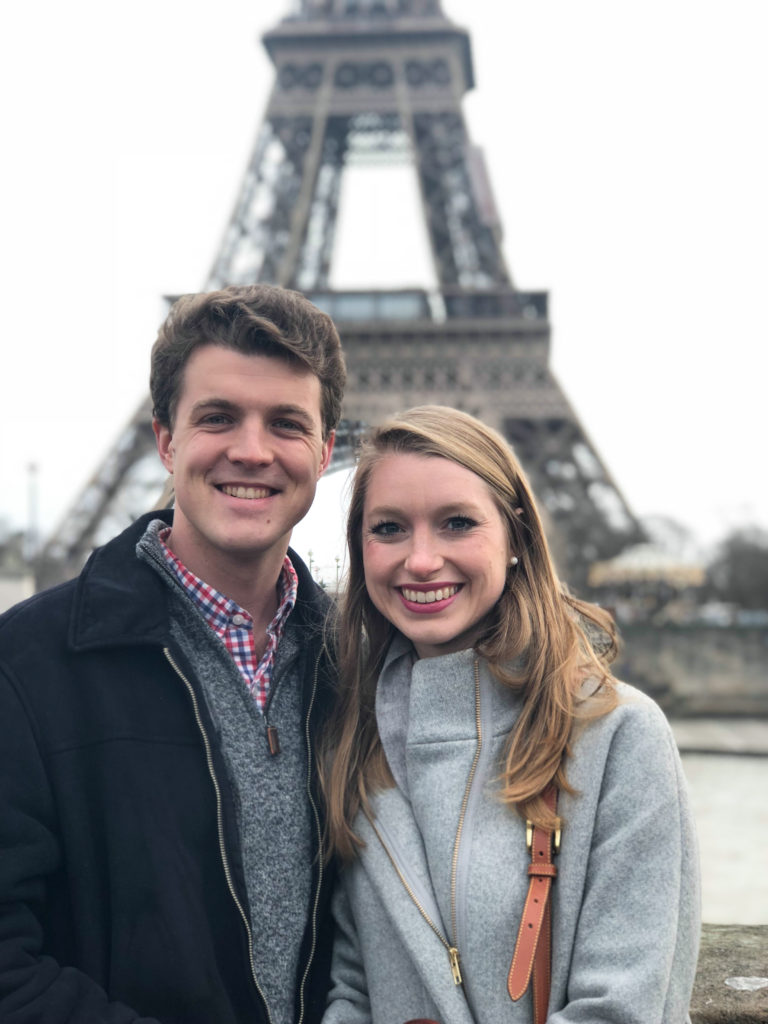 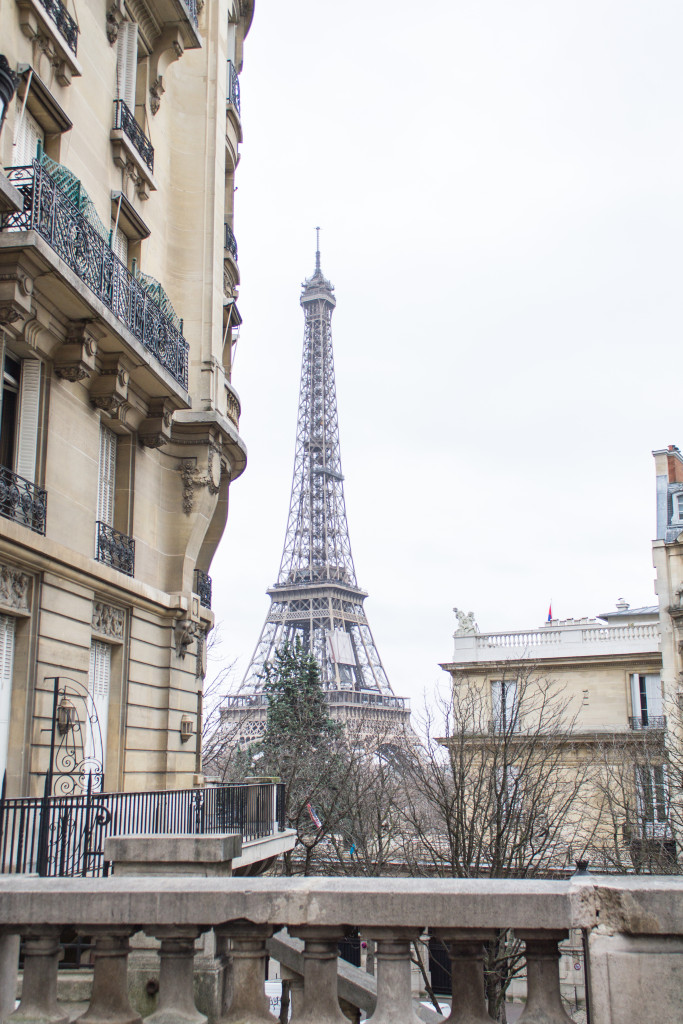 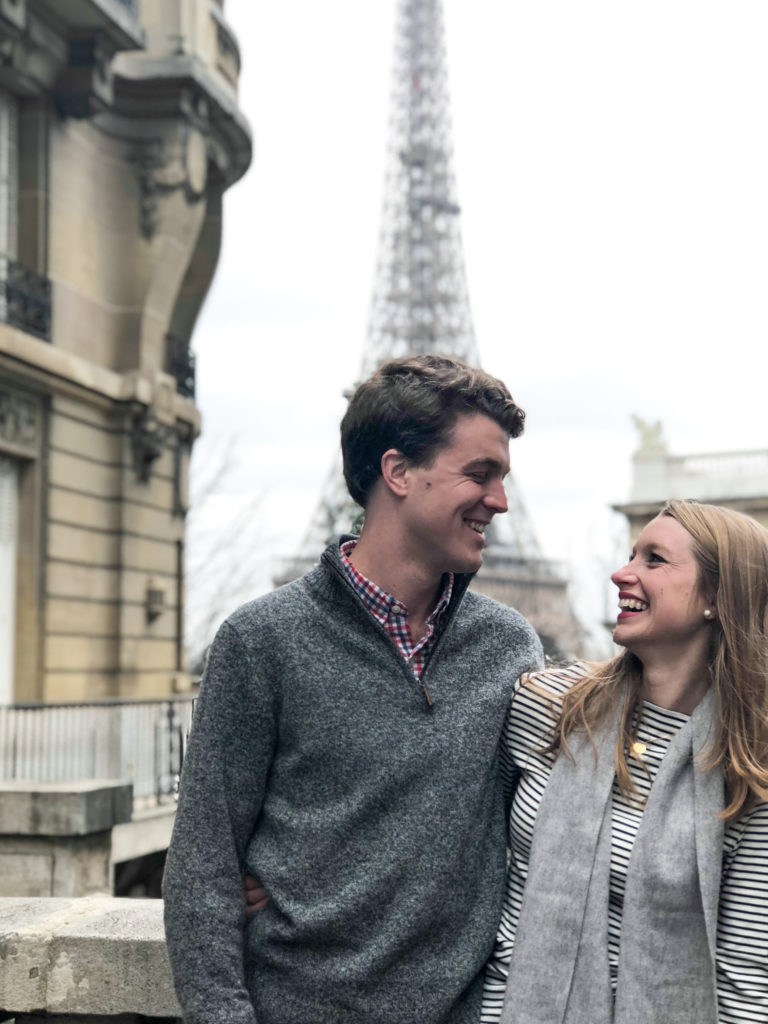 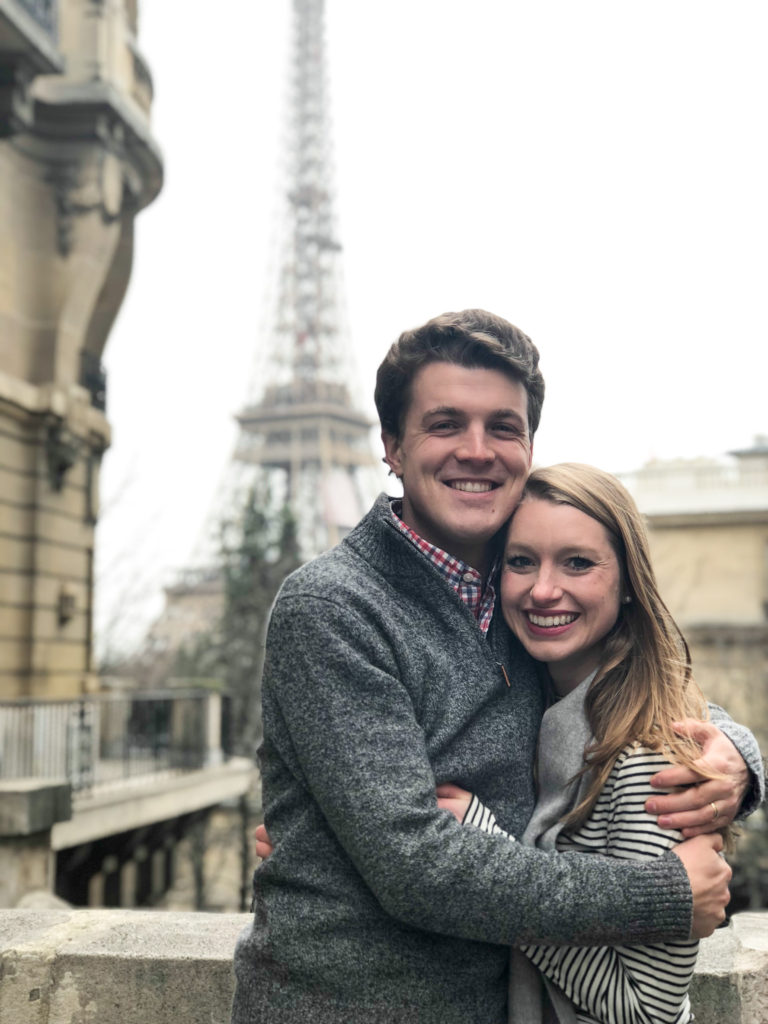 We stayed in the Latin Quarter, close enough to the Pantheon that we were able to stroll past it on our walks between dinner and dessert and could even see the dome from our balcony. The 5e arrondissement was the perfect combination of bustling and quiet. A corner shop in the lively square was open late enough that we could still pick up groceries for breakfast the next morning after a late dinner, but the streets around us were always calm. While this area isn’t in the center of the city, the metro made it so easy to get around, and unlike in U.S. cities where you sometimes wait 10+ minutes for the next train, the Paris metro was never more than 2 minutes away. With a weeklong pass, we found that it was definitely the best way to traverse the city. 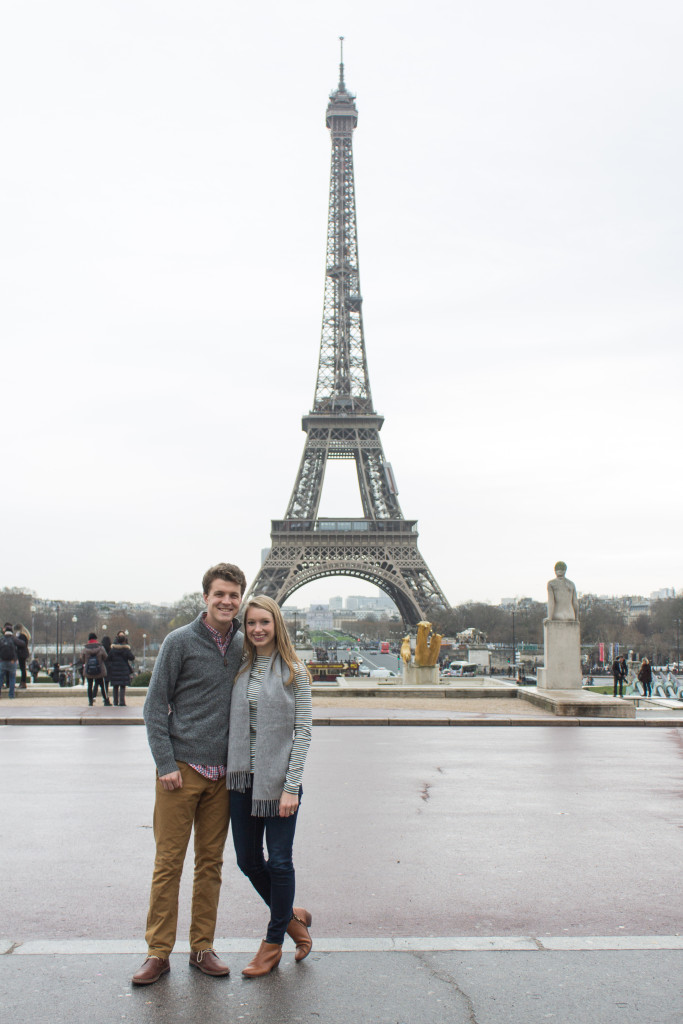 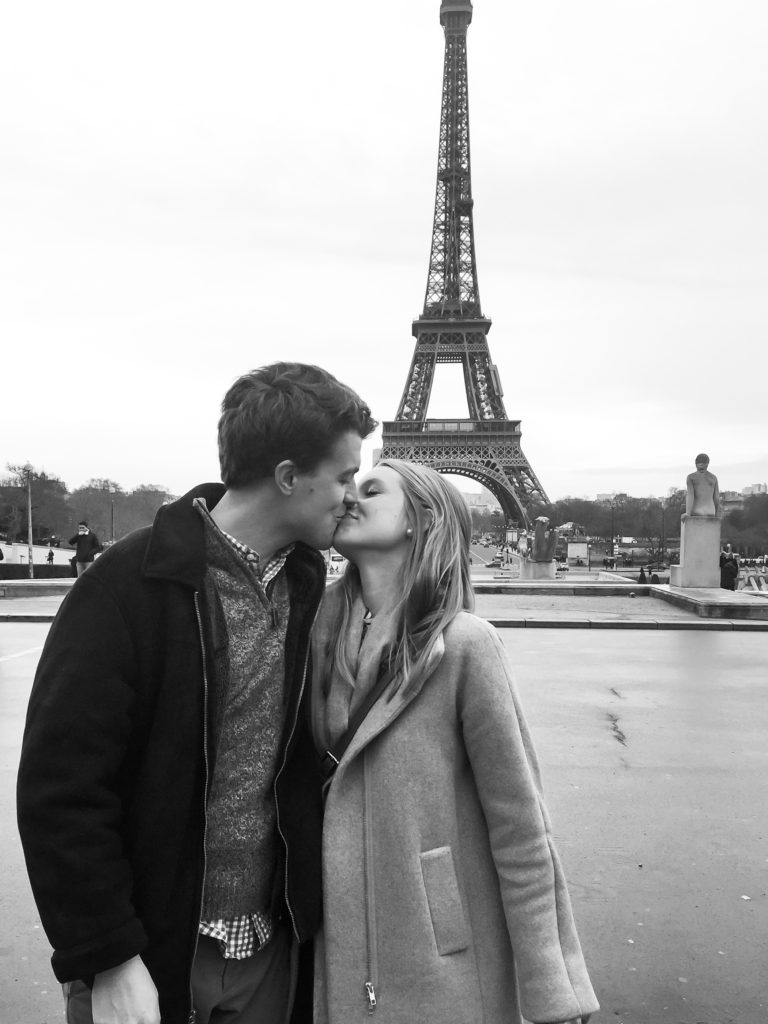 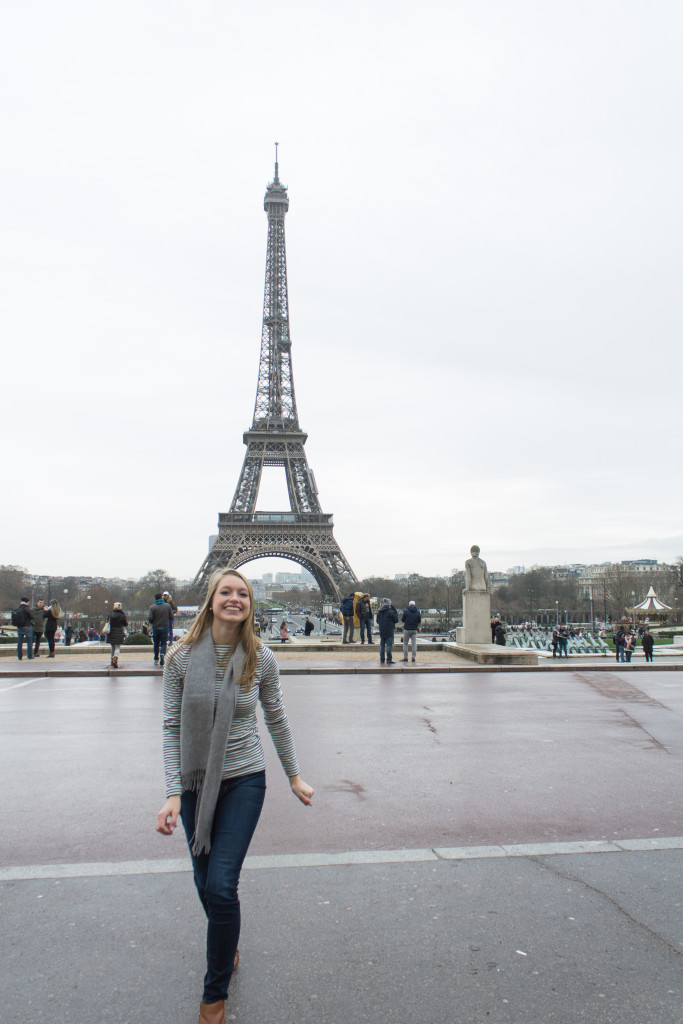 Since this was Will’s first trip to Paris and Carter didn’t remember much of our last trip (he was in kindergarten!), we set out on our first full day in the city to see two of the main tourist attractions: the Eiffel Tower and the Arc de Triomphe. We arrived at the Eiffel Tower not long after it opened for people to start going up in it, but the line was already crazy long. We waited in line for 15 minutes, and after not moving more than a few feet, decided to forgo the ride to the top in exchange for other activities on our list. We wandered around the streets behind the Eiffel Tower and ended up at Carette for hot chocolate and pastries. 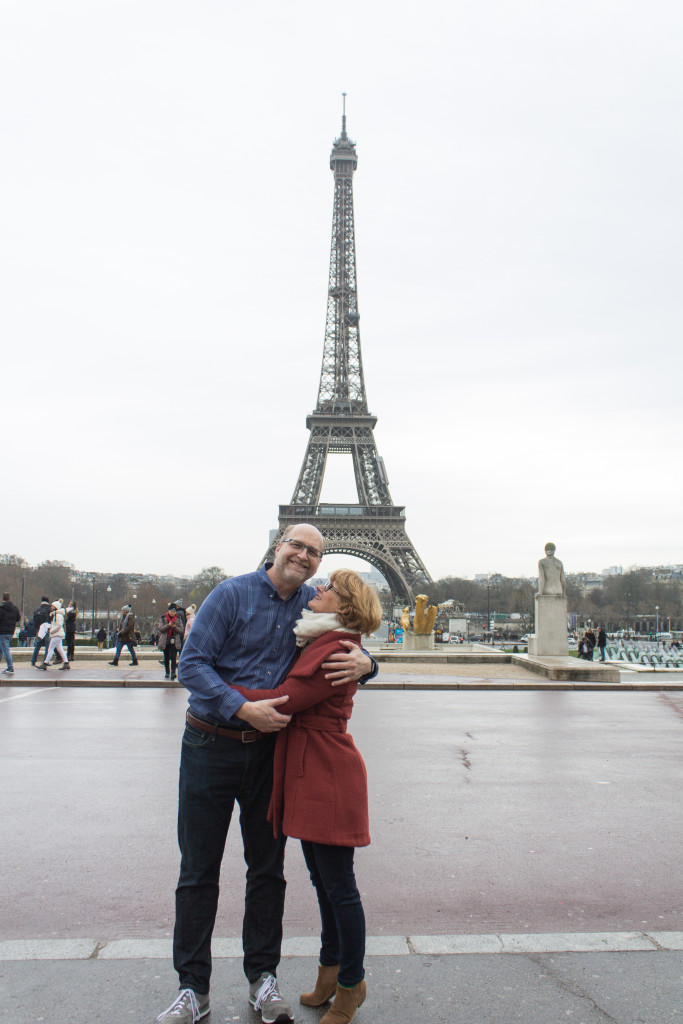 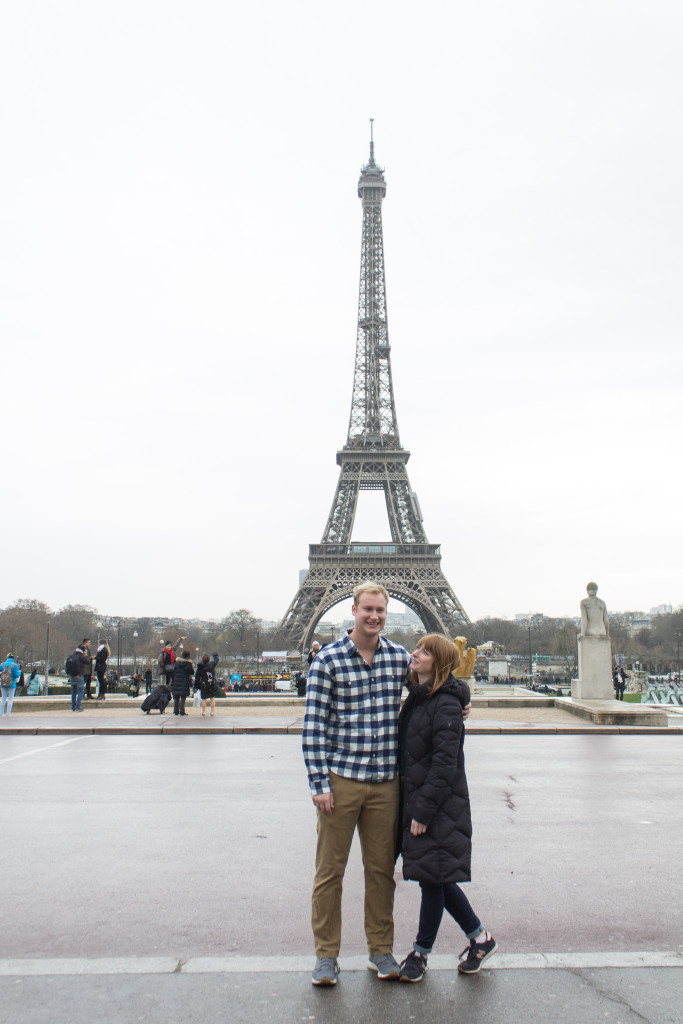 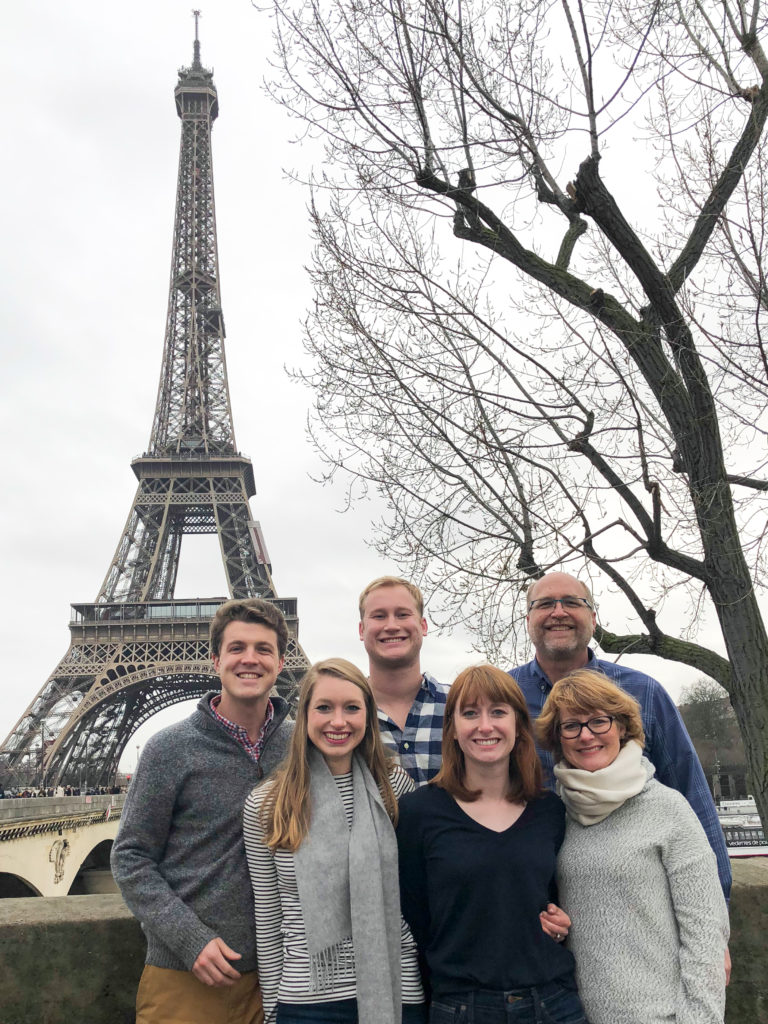 After our little café break, we hopped on the metro and popped over to St. Germain in search of the remnants of a Christmas market we were told would still be there. Though the Christmas market was closed for the season, it gave us a chance to tour the Abbey of Saint-Germain-des-Prés, one of the oldest churches in Paris, and walk around the cute streets of a different neighborhood. While we were there we stumbled upon Le Bon Marche. The elaborate pink building reminds me of the Grand Budapest Hotel and the decor inside is so classic. We all loved Le Bon Marche, so much so that we came back before our trip was over! 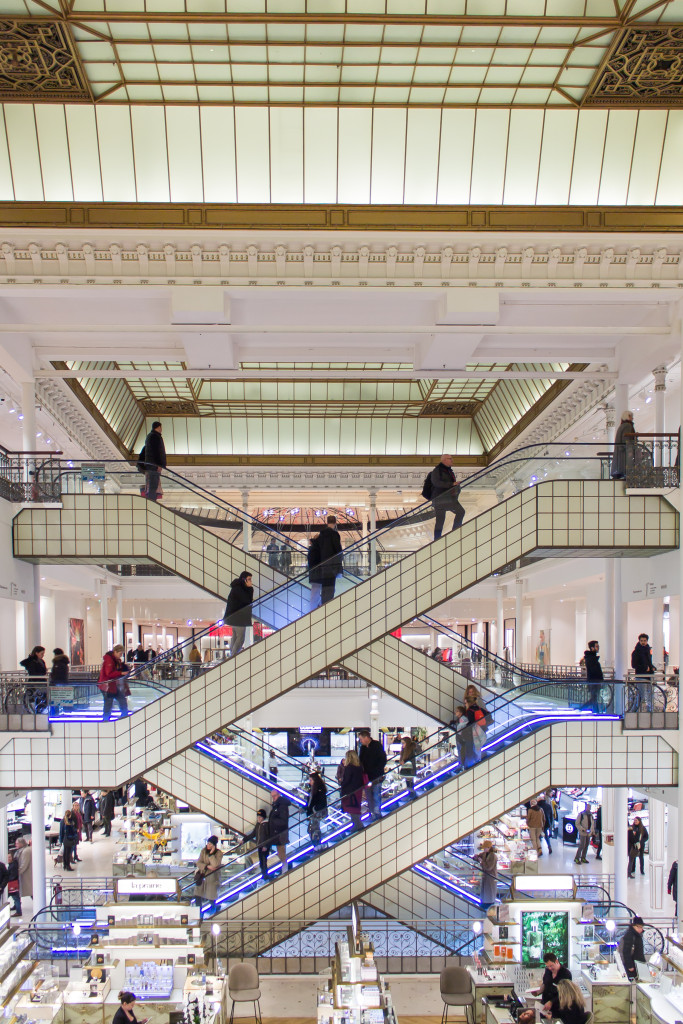 The grandiose, fancy department store was such an unexpected adventure and reminded me a bit of Harrods in London. It had floors of fancy clothes, makeup and accessories, beautiful books, home items, and a giant gourmet grocery area, complete with ready-made food, a patisserie, charcuterie, and boulangerie. Since it was already pretty late and we weren’t going straight home, we ended up grabbing dinner in the prepared food area before heading to the Arc de Triomphe, our last stop of the day. Like the Eiffel Tower, we weren’t interested in waiting in the long line to go up to the top, but opted instead to see the detailed memorial arch and eternal flame from the ground. We walked down the famous Champs-Élysées just far enough to get macrons from Ladurée before heading back to our Airbnb.

While I won’t have individual posts for each day, day one was long and full. Check back for our museum day in the Paris, part II post!