We are back!  If you follow along on Instagram or Facebook you have probably seen pictures from our trip to the UK over the past few weeks.  I’m excited to post even more pictures from our trip in the next few weeks in this space.  Now that we are back it is back to the grind and catch-up galore.  Catch-up on emails, messages, mail, everything we missed while we were out of the country.  I fully intended to write more blog posts while we were away but we were so busy every day that I never had the chance to do so.  I guess that’s how traveling goes though!

We left on Tuesday, July 7th and prior to that we spent 4th of July weekend in Georgia with Will’s family.  As I mentioned, there are a lot of traditions surrounding 4th of July in Georgia and we loved participating in all of them.  We cooked and ate ribs, low country boil, pico and treats all weekend, played many a game in the backyard and had fun with fireworks and sparklers when it got dark.  There was whiskey, wine and beer to go around and wonderful conversations to pair with the drinks.  It was both action packed and relaxing.  Here are a few shots from our weekend! 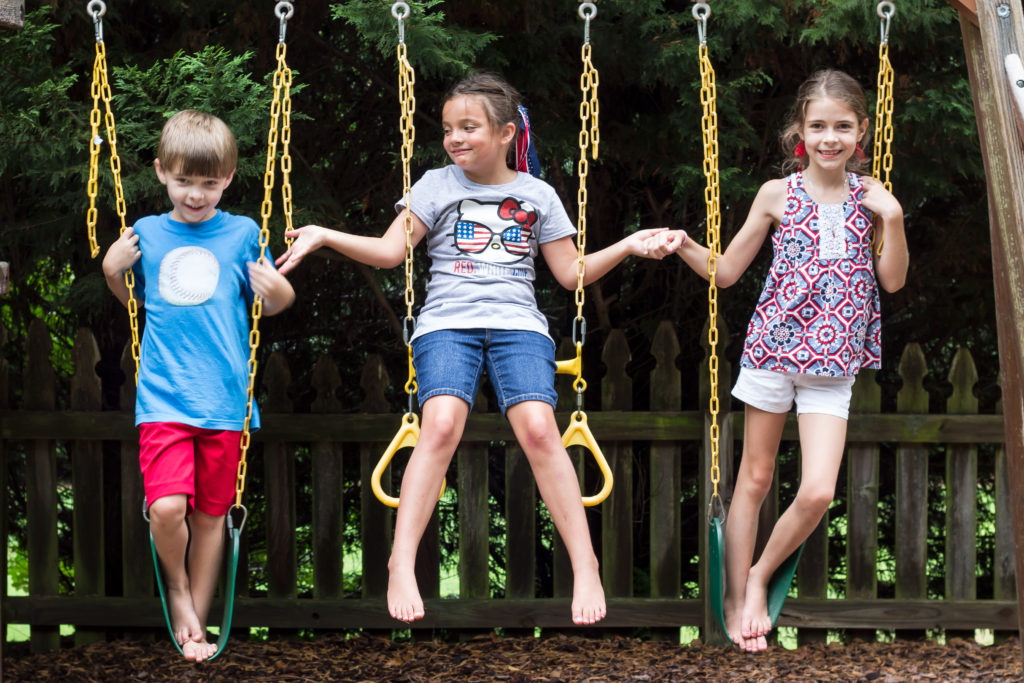 The youngest cousins are always happy to have playmates and the adults don’t mind either. ;) 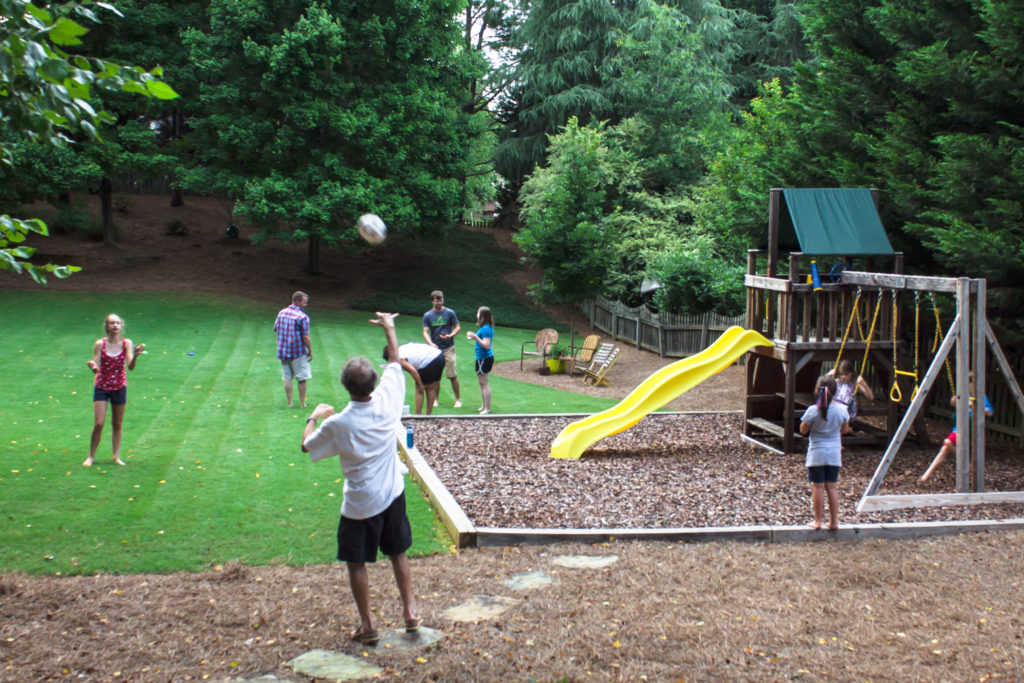 We played wiffle ball, monkey-in-the-middle, catch, bocce ball and corn hole in the backyard.  If you wanted to play a game, there were always people to join in.  Corn hole was a highlight of the weekend, with some people learning how to play and some perfecting their skills.  No matter the outcome, everyone had fun during gameplay. 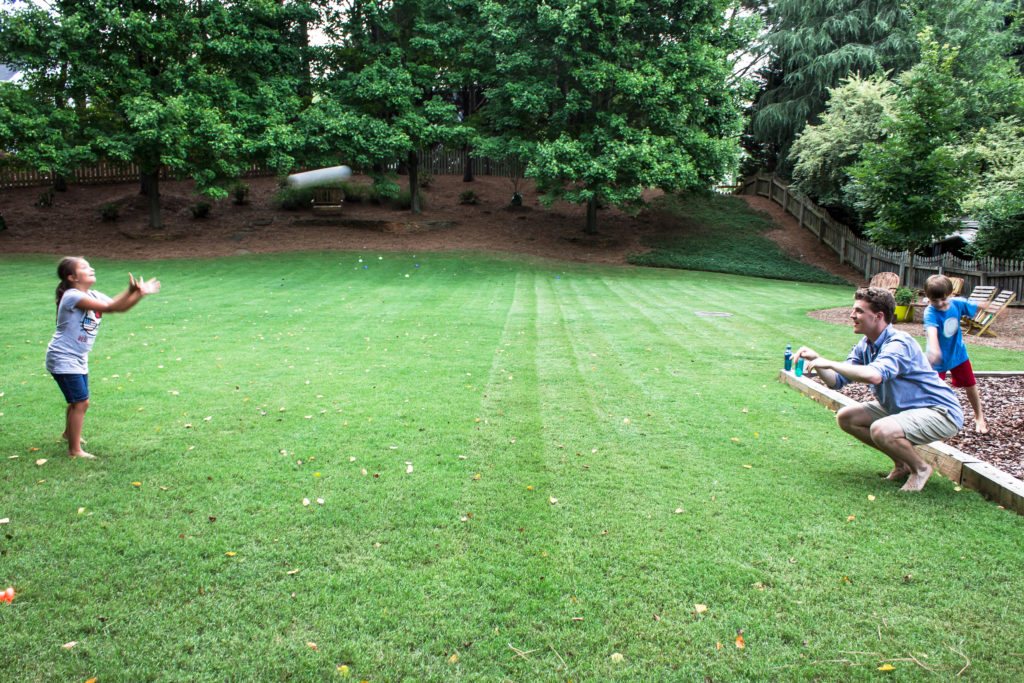 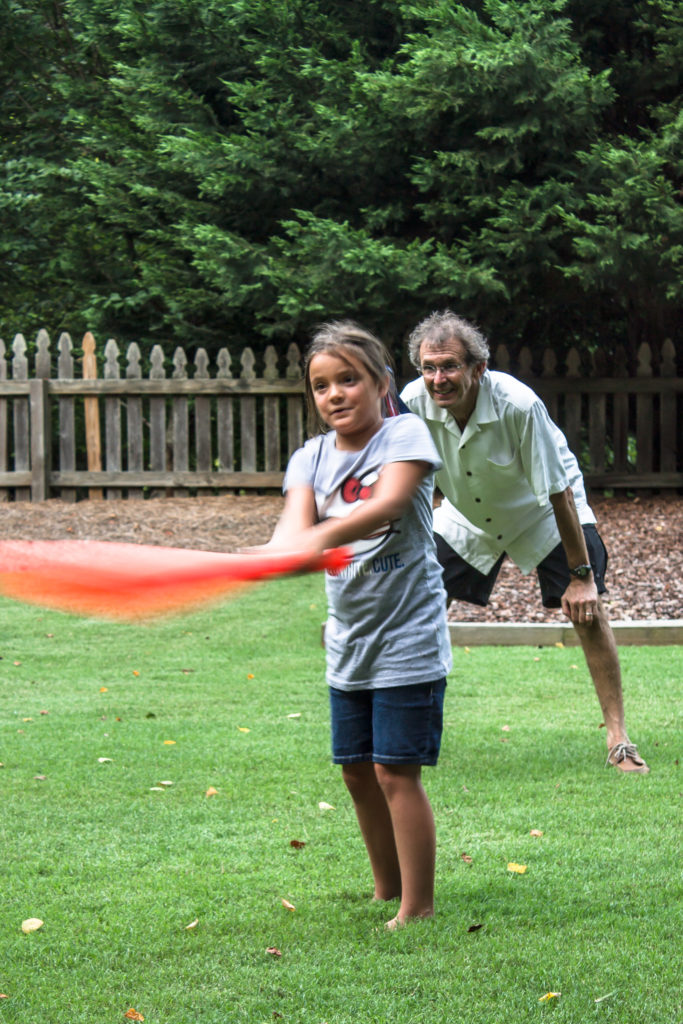 With a few of coaches and one tee ball player around, we all practiced our swing and stance at bat during the family wiffle ball game. 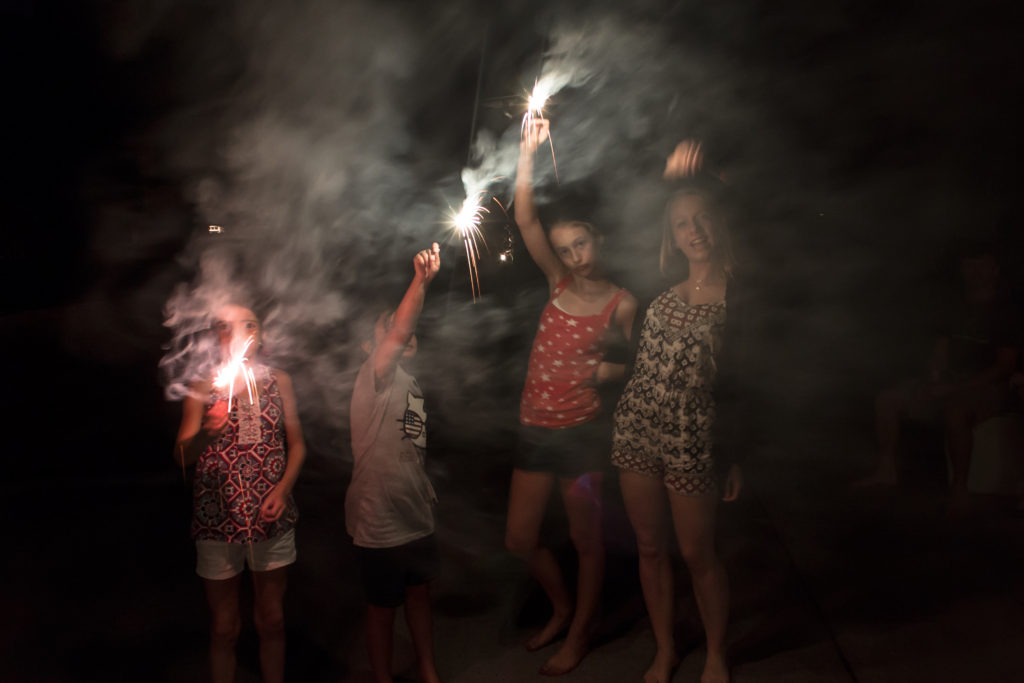 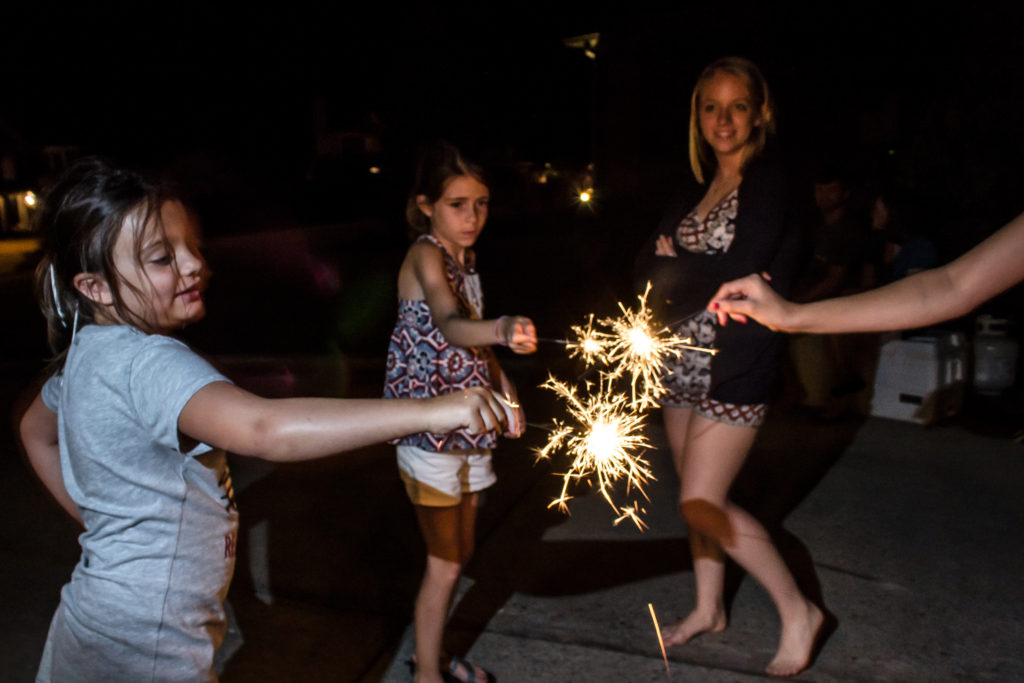 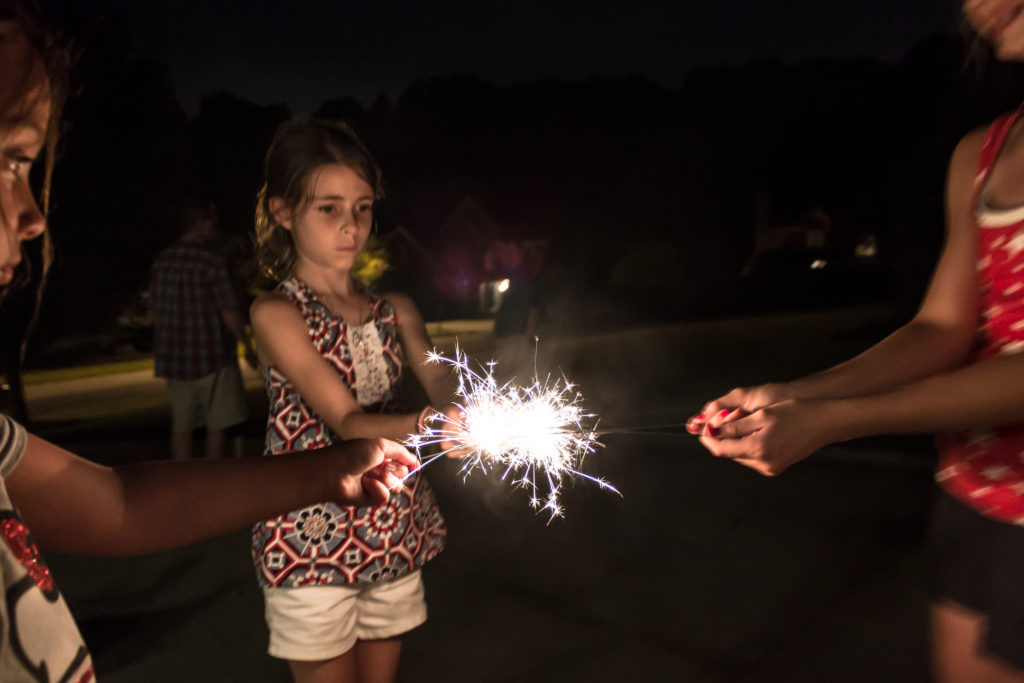 It isn’t 4th of July without a few sparklers!  The poppers were another favorite among the younger kids.  They would open the box, turn it over and let the entire contents of the poppers box fall out, making a lot of pops at once.  One minor problem with that was that not all of the little pieces hit the ground hard enough with their one dump.  We ended up popping as we walked around for the rest of the night haha. 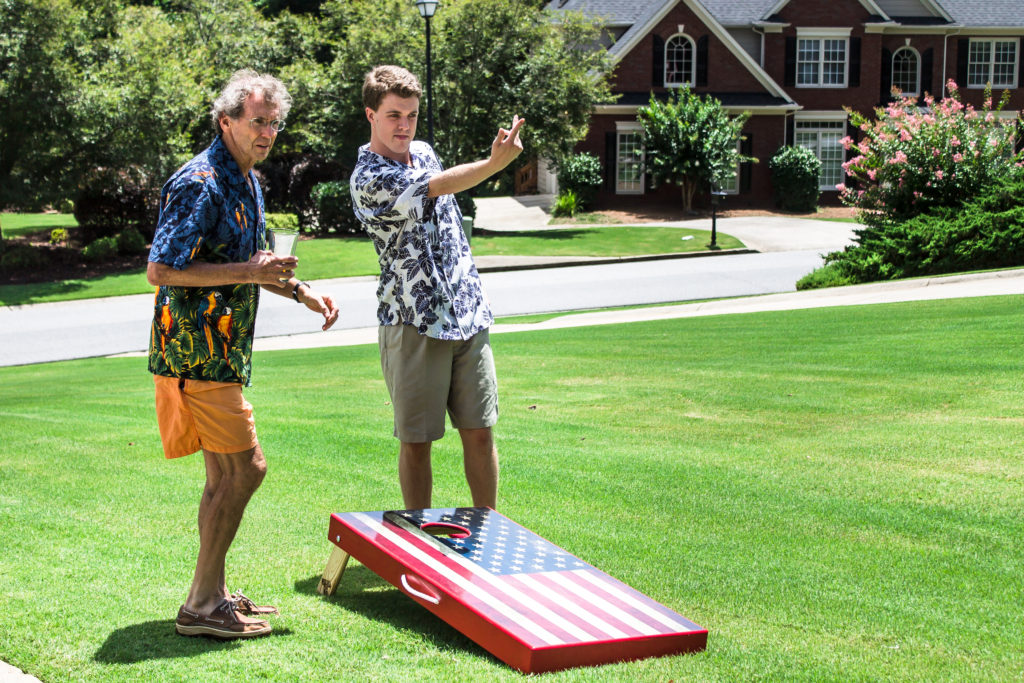 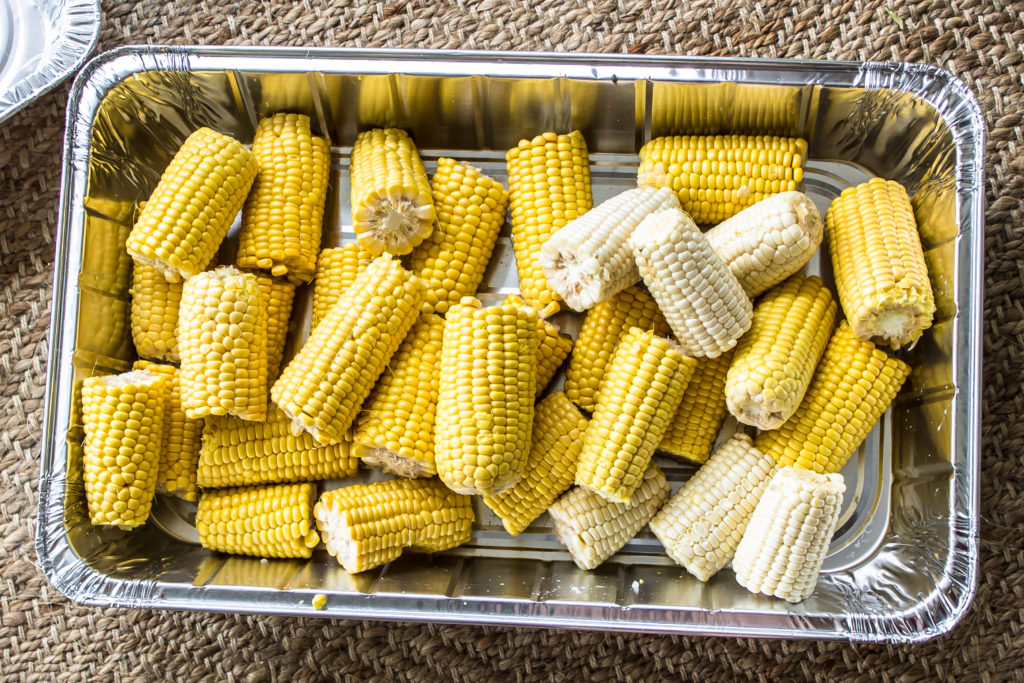 Usually after ribs on the 4th, it is time for low country boil on the 5th.  Since Independence Day fell on a Saturday this year, we changed the plan slightly and moved the normal schedule forward by a day so everyone would have time to get back home on the 5th.  According to another tradition, the men typically wear their Hawaiian shirts when cooking ribs, but with the shift in food schedule, the clothing uniform shifted too and they wore their lovely shirts while low country boil was a boilin’.  A corn husk beard is always a good addition. 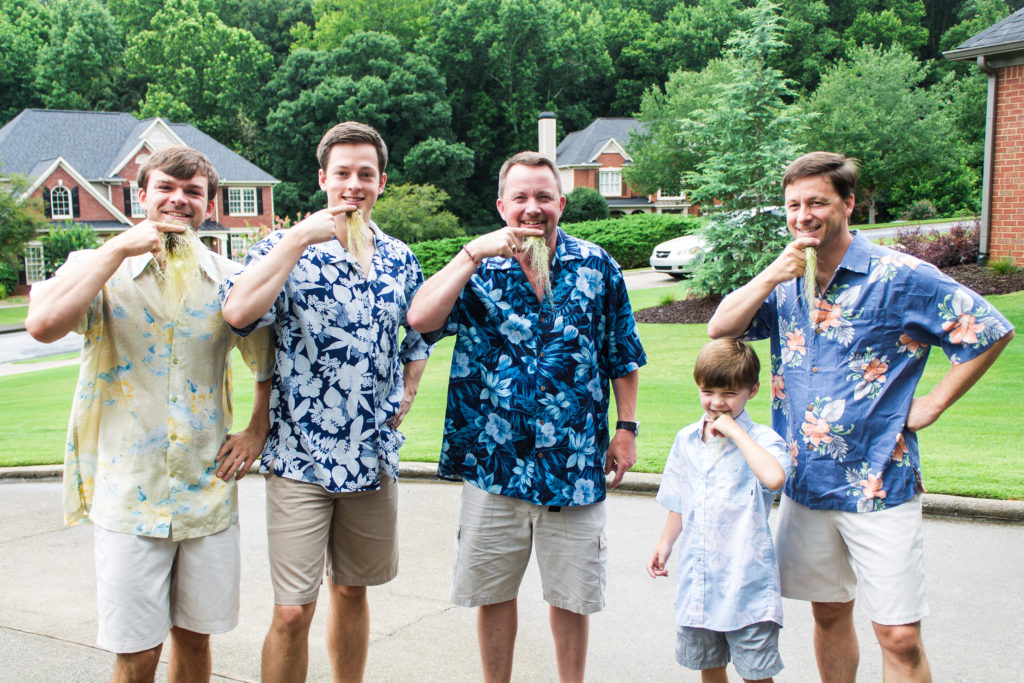 While 4th of July was never a special holiday I got excited about growing up, being a part of so many fun traditions and spending time with wonderful family has changed that.  Every year I now look forward to 4th of July in Georgia and all of the fun-filled memories that come with it.