If places could be a love language, cute local coffee shops would be one of mine. I think it is safe to say the same about my tea-loving parents. Last year, their New Years resolution was to go to their local coffee shop every Saturday they were in town, and they did! They know most of the baristas by name and the baristas know their order when they walk in the door. Even if they don’t see my parents, the baristas behind the coffee counter know my parents are in the shop when they hear the order called. It is the same order every week: two Earl Grey tea lattes with two pumps of vanilla, otherwise known as London fog. 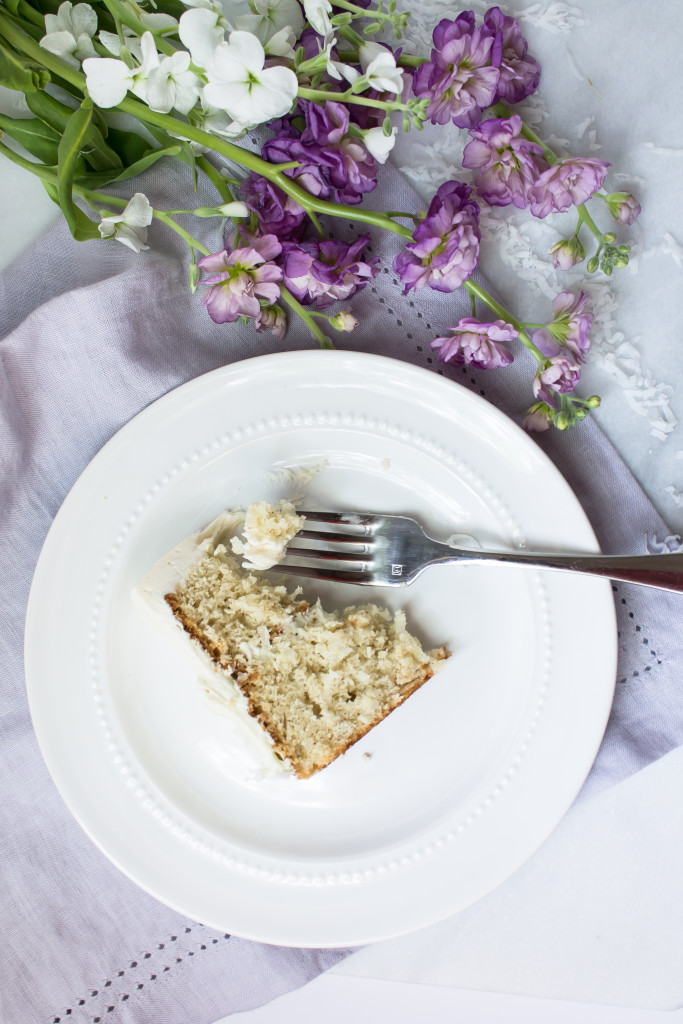 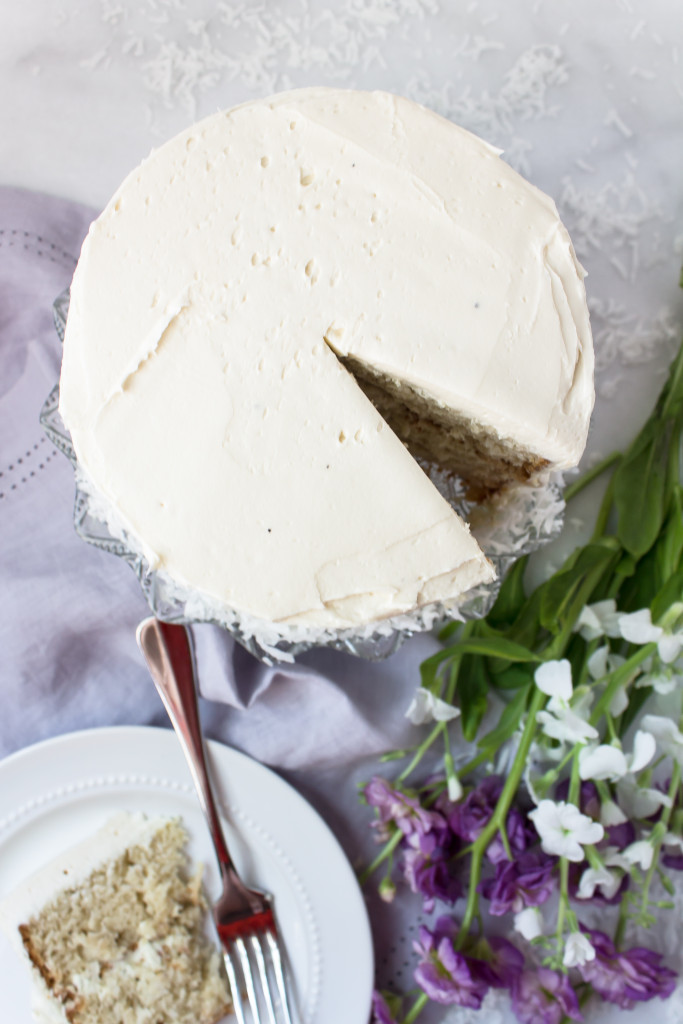 Their love for Earl Grey tea is not unfounded. They have always been tea drinkers and, amidst other types of tea, we had Earl Grey on hand at all times when I was growing up. So, when it came time to think of a good Mother’s Day dessert, incorporating their favorite coffee shop order seemed like a the perfect solution. Enter: coconut cake with Earl Grey buttercream. 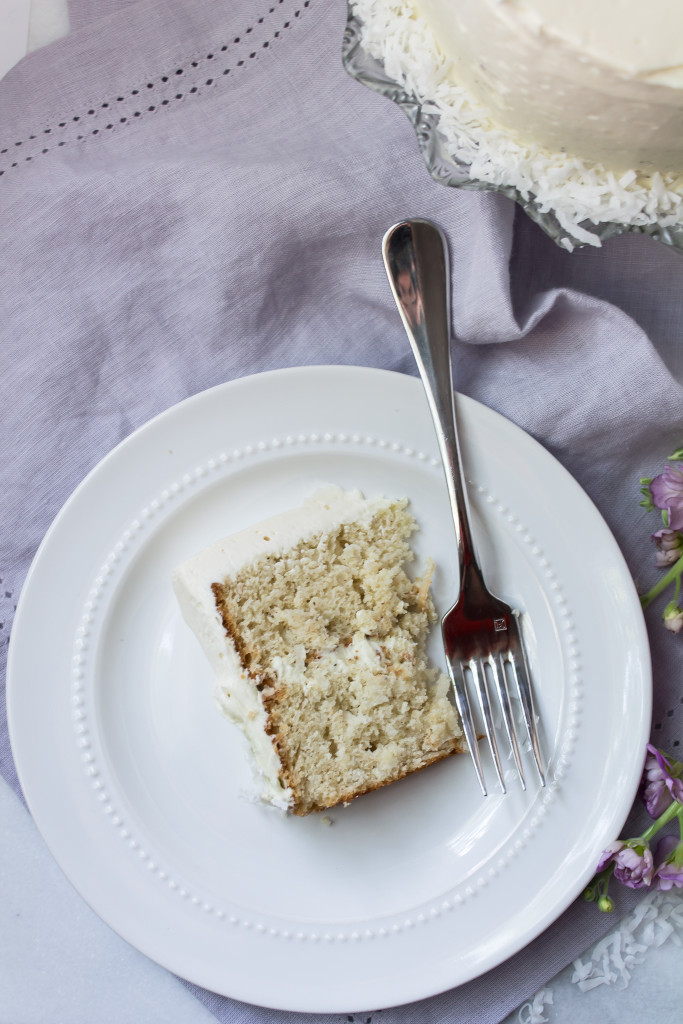 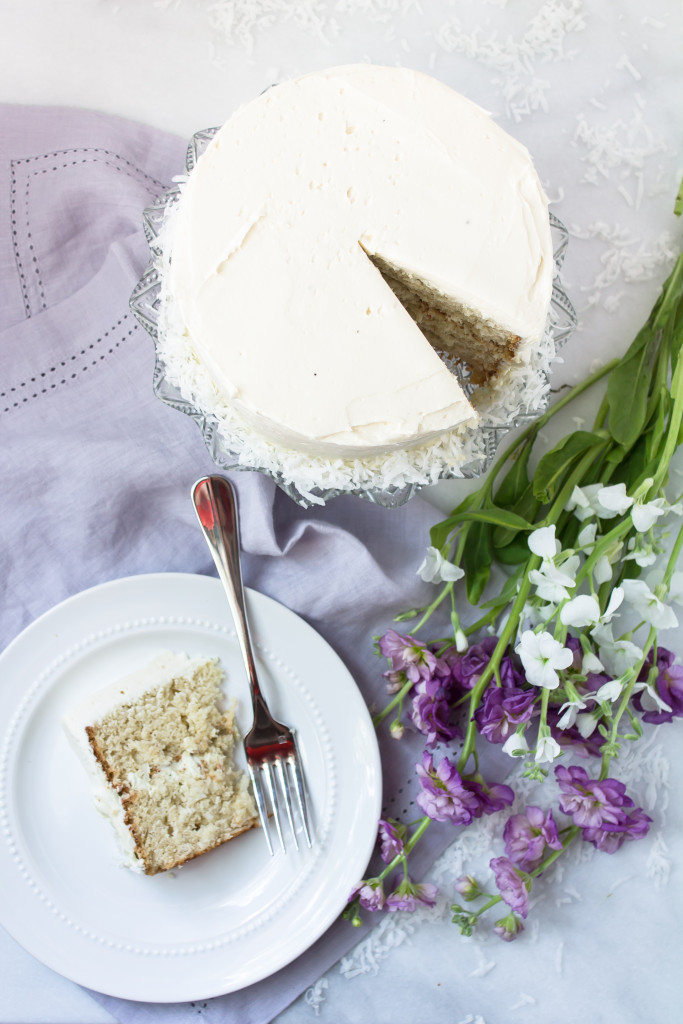 I am so excited about every part of this cake. The coconut cake is delicious on it’s own and the browned butter takes the flavor to another level of amazing! It is slightly dense, perfectly moist, and filled with coconut. I don’t know which part of this cake I love more, the cake or the frosting. As much as I love the coconut cake base, I could eat the Earl Grey buttercream by the spoonful it is so good. The Earl Grey tea flavor comes through so clearly and is perfect when paired with a little vanilla buttercream and a bite of coconut cake. The flavors complement each other so well, and make for a pretty cake to boot! 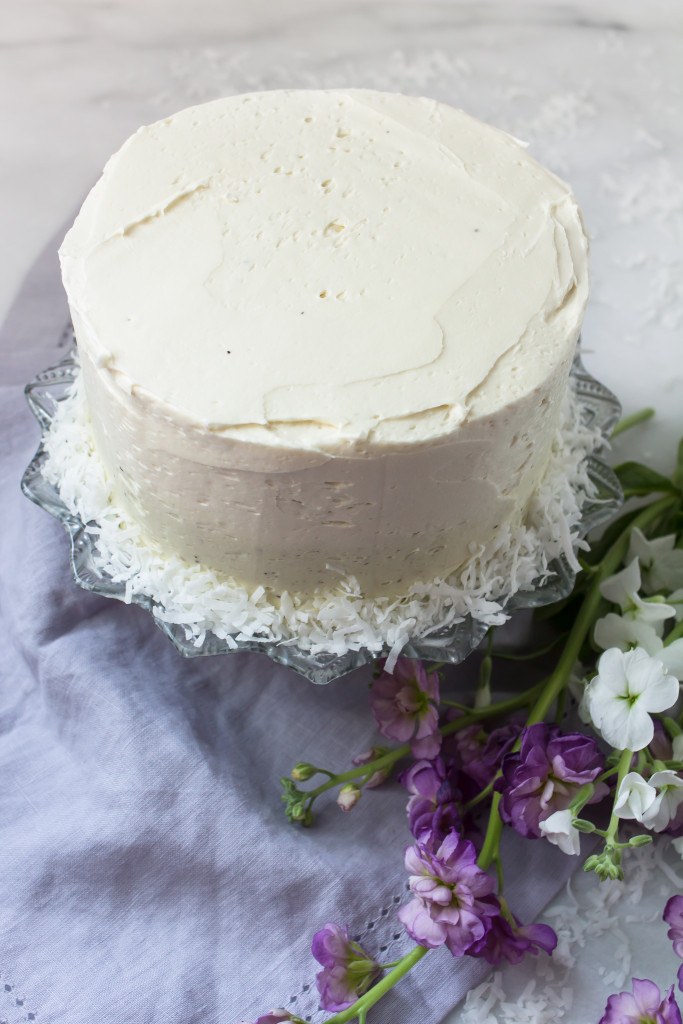 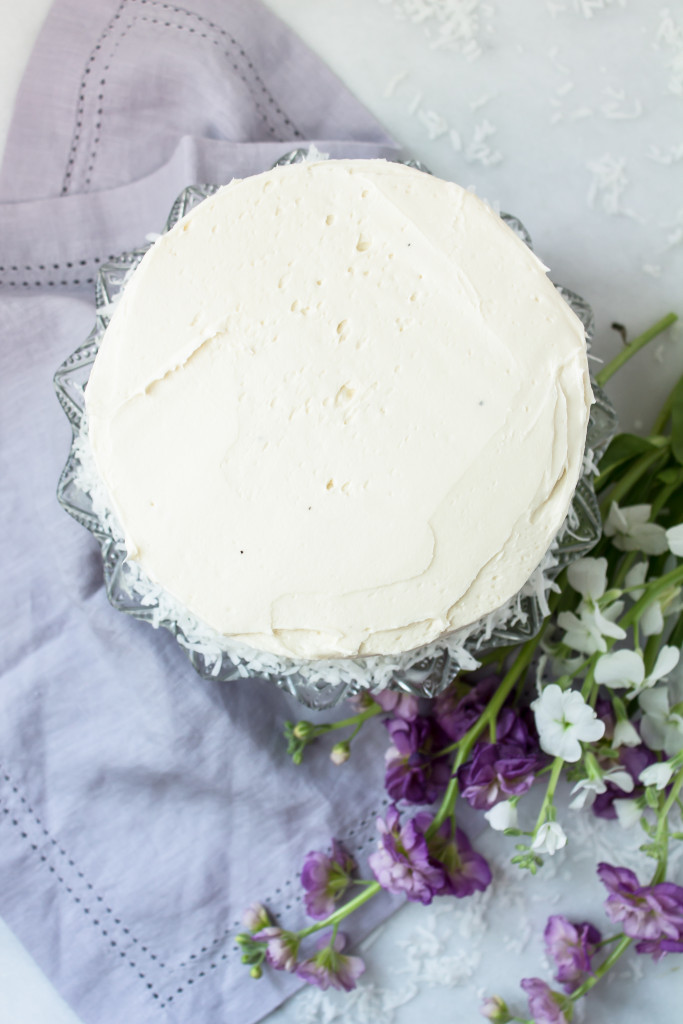 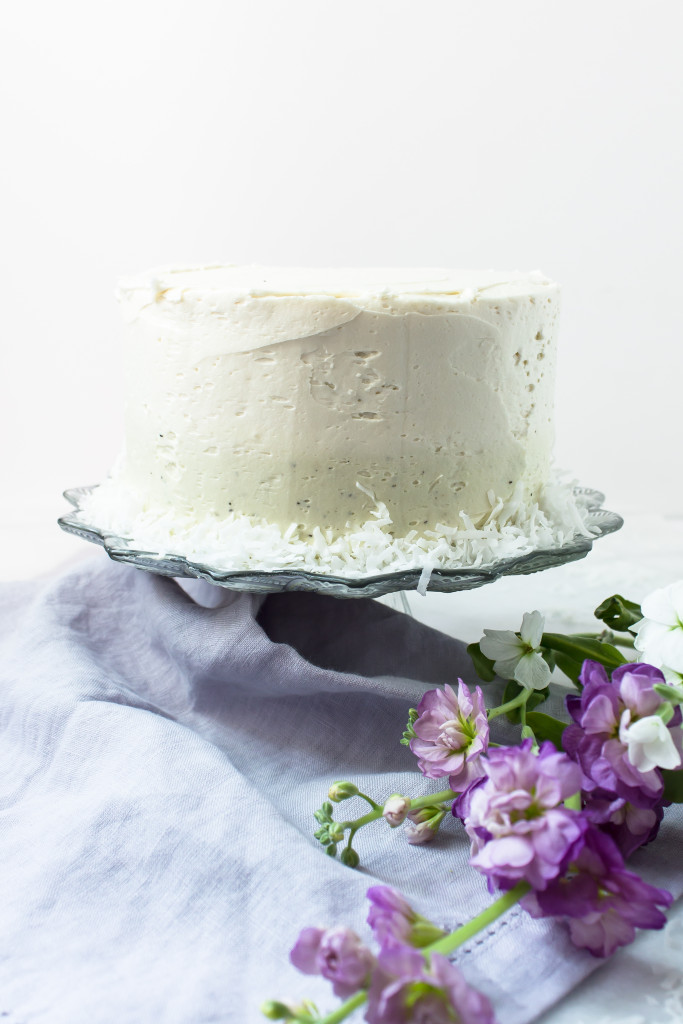 I have always thought of coconut cake as a great spring dessert, but it is so versatile that it could work just as well after Mother’s Day too. Dress it up with coconut covering the entire outside, or stick with a more subtle approach. Add jam or lemon curd between the layers and it is a whole new cake! If you are looking for something more simple than a layer cake, bake the coconut cake in a loaf pan and call it brunch. I won’t tell ;) This recipe makes a small 6-inch cake, perfect for small Mother’s Day gatherings, however, if you want a larger cake double everything and bake the layers in 8-inch cake pans.

In a small bowl, whisk together eggs, milk and vanilla.

In a medium bowl, sift together flour, salt, and baking powder. Stir in the sugar and coconut. Make a well in the center of the dry ingredients, and pour in egg mixture. Stir the wet and dry ingredients together until just combined. Add the browned butter, and stir until just smooth. Be careful not to overmix. The batter will be very thick.

Distribute the batter evenly between the pans, and spread it out to smooth the cakes. Bake until a toothpick inserted into the center comes out clean, about 30 to 50 minutes. Cool in pan five minutes, before turning out onto a cooling rack.

Place ½ cup butter in a small saucepan with the loose tea. Heat over medium heat until the butter melts, then reduce the heat to low and simmer for 5 minutes. Remove the pot from the heat and let the tea steep for 5 more minutes. Strain the butter through a fine mesh sieve into a bowl. Refrigerate until the tea-steeped butter is the consistency of softened butter (about 20-30 minutes). It is okay to have some small bits of tea in the butter.

Place the butter in the bowl of an electric mixer fitted with a paddle attachment and beat on medium speed until creamy. Reduce the speed to low, gradually add the powdered sugar, and beat to combine. Beat in the salt and vanilla until fluffy.

You can cover the cake with coconut or create an ombré effect with the Earl Grey buttercream and the vanilla buttercream (shown here).

You can also make this into three layers by distributing the batter evenly between three 6-inch cake pans.