I hope you all had a wonderful Easter! 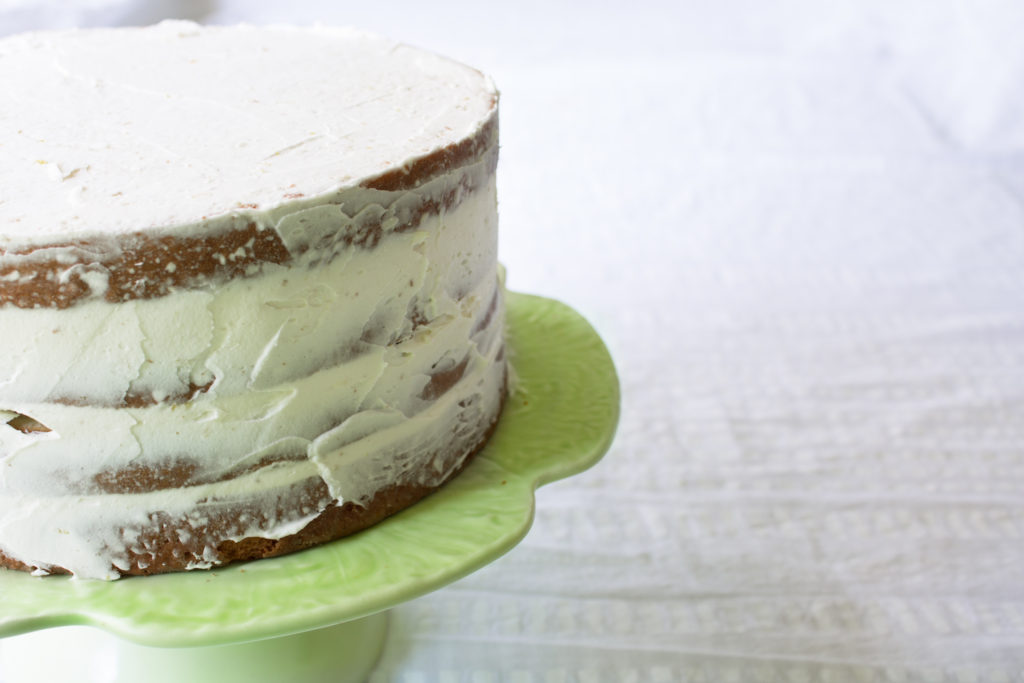 Ours was filled with travel, family, church, deviled eggs and this cake. 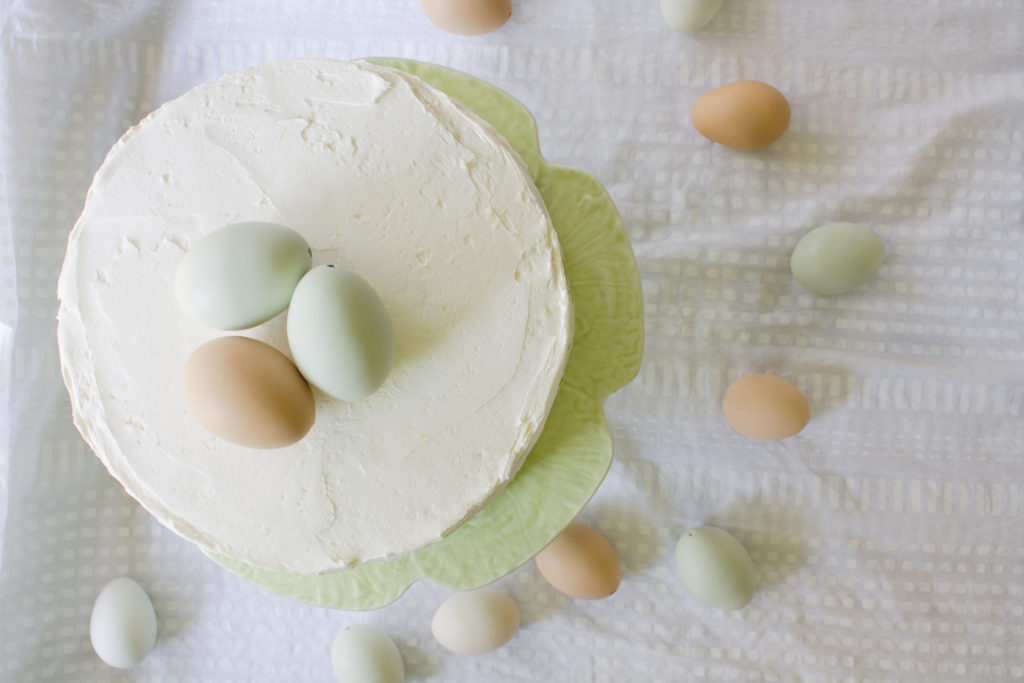 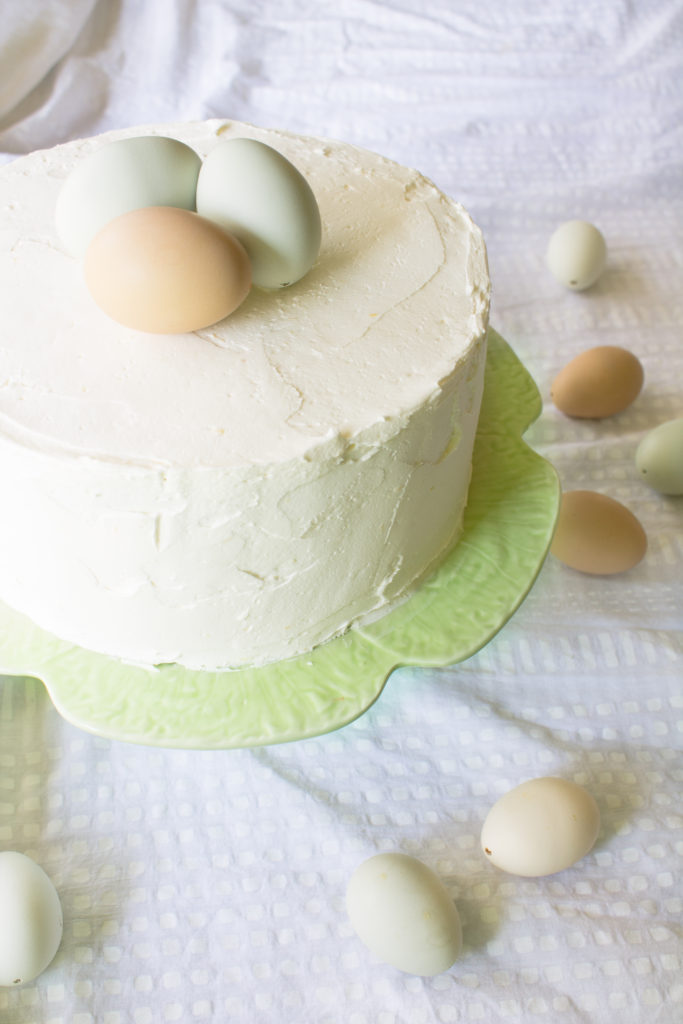 I will admit, this is not a quick and easy recipe, but the texture and taste make it worth the work.  The eggs are separated and the whites whipped before you fold them into the rest of the ingredients to create a cloud-like batter.  The batter bakes into two large layers that are sliced in half for a towering four-layer cake, perfect for Easter or any other special occasions when two layers just aren’t enough.  The more layers the better. 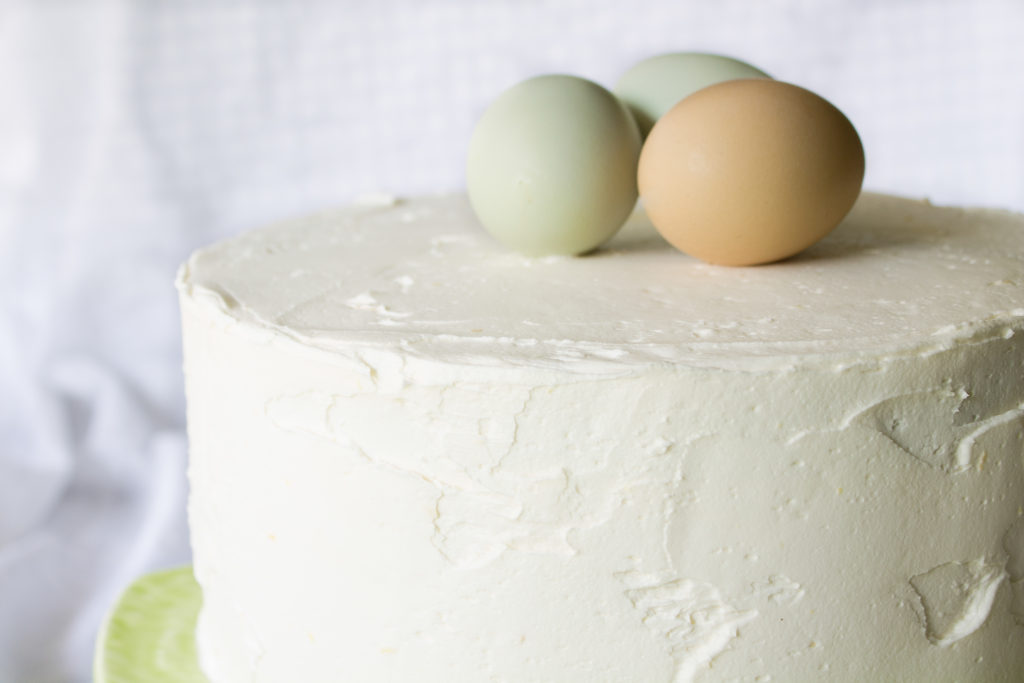 The lemon buttercream is my favorite part.  It is light, fluffy and sweet with the slightest lemon taste to add a little depth to the cake, but not enough to make you pucker.

So delicious.  I just want to eat a piece as I type. 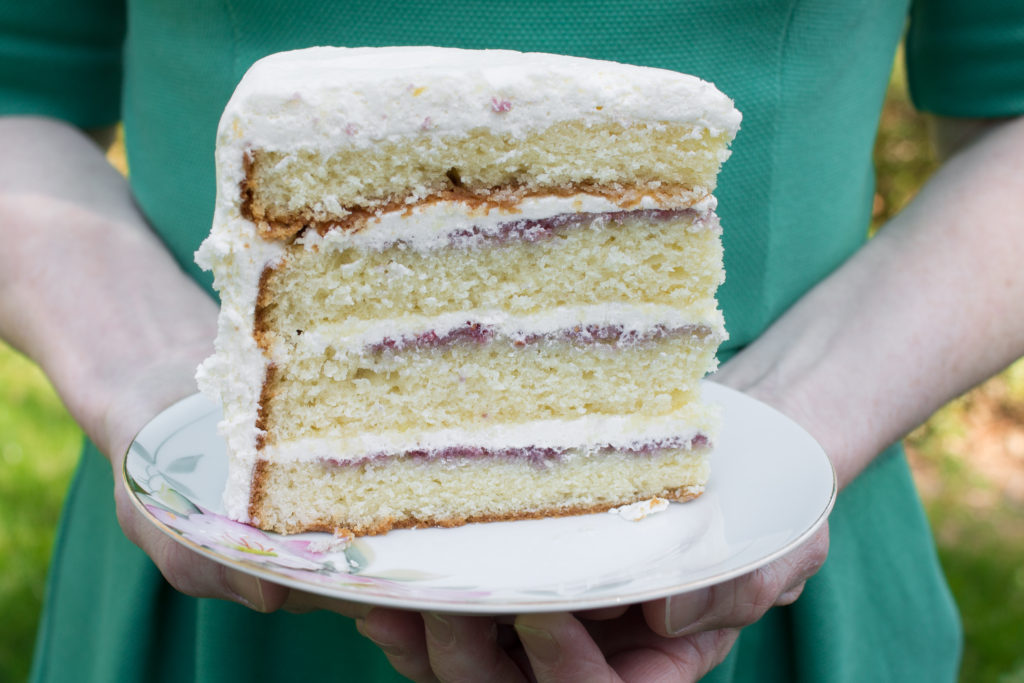 Preheat oven to 350 degrees F. Cut two 9-inch circles out of parchment paper and line the bottom of two 9-inch cake pans. Spray the parchment and pans with nonstick spray and shake flour around them until both are lightly coated.

Separate eggs and allow the whites and yolks to come to room temperature.

In a medium bowl, stir together flour, baking powder and salt. Set aside

In the bowl of an electric mixer, beat the butter until soft and smooth (about 1-2 minutes). Add 1 ½ cup of the sugar and beat until light and fluffy (about 5 minutes). Add egg yolks, one at a time, beating after each addition. Scrape down the sides of the bowl, as needed, add the vanilla and beat until combined.

With the mixer on a low speed, add the flour and milk, alternately, beginning and ending with the flour. Transfer the batter to a large bowl.

In the clean bowl of your electric mixer fitted with the whisk attachment, beat the egg whites until they are foamy. Add the cream of tartar and continue to beat until soft peaks form. Gradually add the rest of the sugar (1/2 cup) and continue to whisk until stiff peaks form.

Gently fold some of the whites into the batter in the other bowl, then fold in the remaining whites until combined. Do not overmix or the fluffy batter will collapse.

Pour the batter into the prepared pans and smooth them by spreading the batter with a knife or offset spatula. Do not shake them or knock the pans on the counter in an effort even out the tops – it will get rid of the air pockets you worked so hard to create and will deflate the cakes.

Bake for 20-30 minutes, or until a toothpick inserted into the center of the cakes comes out clean. Cool the cakes in their pans for about 10 minutes then remove them and let them cool completely on a wire rack. Once the cakes have cooled, wrap each in plastic wrap and place in the refrigerator overnight or in the freezer for at least an hour. Once the cakes have been in the fridge or the freezer and are easier to handle, cut each layer in half horizontally, creating 4 rounds of cake.

In the bowl of an electric mixer, beat butter on medium-high speed until pale and creamy. Reduce speed to medium and add powdered sugar, ½ cup at a time. Beat well on medium to medium-high for about 5 minutes. Add vanilla and lemon zest. Beat on medium-high to high for another minute, until fluffy, white and smooth.

Brush the top of one layer of cake with the melted raspberry jam. Spread frosting on top of the jam covered cake layer, almost to the edges. Place another round of cake on top of the frosting and repeat until the last layer. Frost the top and sides of the cake.