As you may have seen from my instagrams, two weeks ago I spent a long weekend in New York with some of my wonderful college friends. We laughed, caught up, walked (a lot), brunched, and ran the second largest inaugural half marathon in the world.  Just a casual weekend ;)  Here are some pictures from the trip!

The race was in Brooklyn early on Saturday morning so after a late start on Friday morning, we headed out on the streets of Brooklyn toward packet pickup.  This is the street we stayed on while we were there.  Isn’t it just perfectly fall-like? 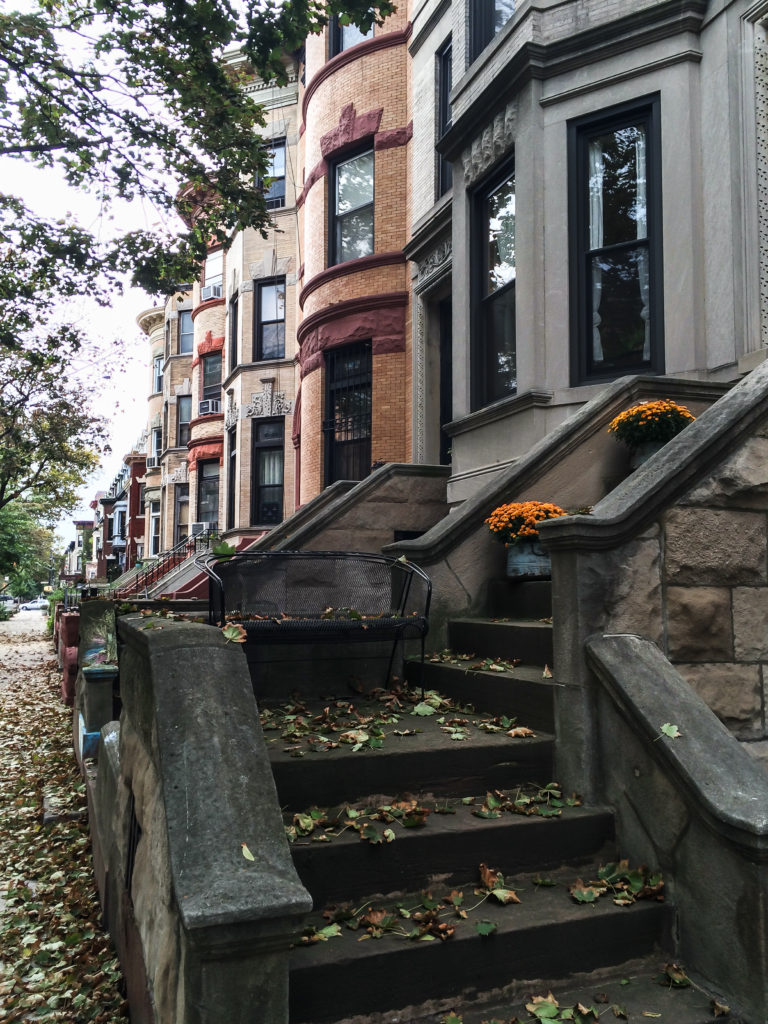 Below is the race map sign at packet pickup!  We signed it on the bottom right, near Brooklyn College. 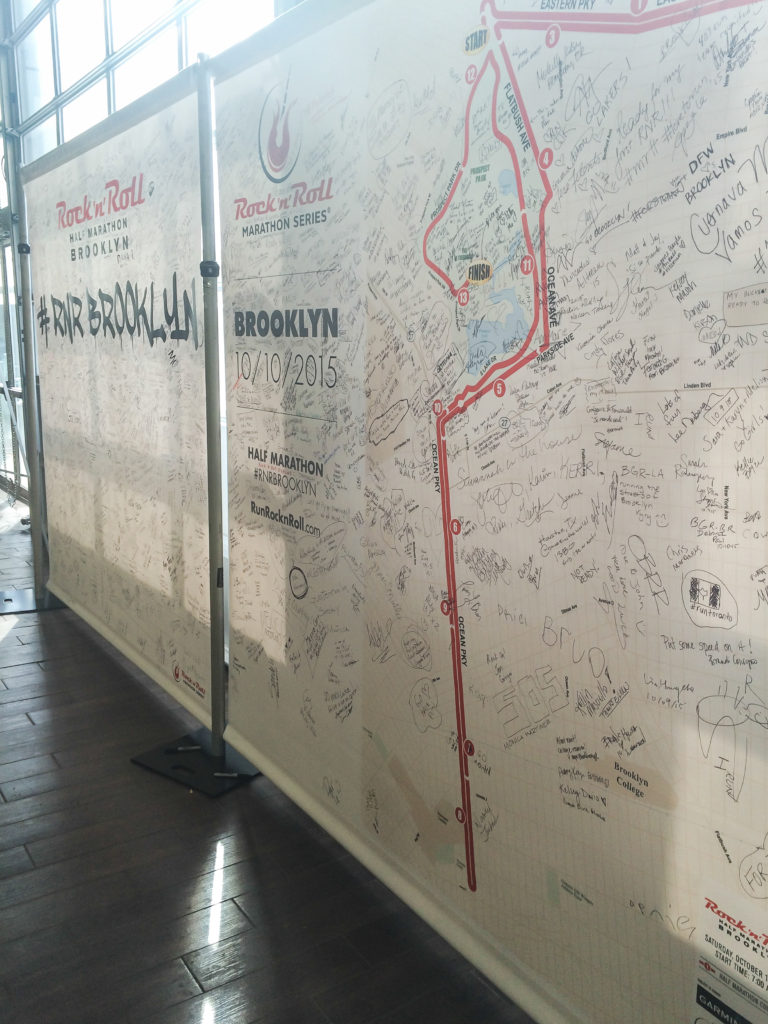 We tried not to walk around too much on Friday, to save our legs and feet for the next morning, but in NYC it is impossible not to walk around some.  Since we were only there for 3 days we still wanted to make the trip count and see some sites too.  We went over to the High Line and walked around at the perfect time of day.  It was so cool to see the juxtaposition between the calm green areas on the walkway and the skyscrapers and bustling streets that surrounded it. 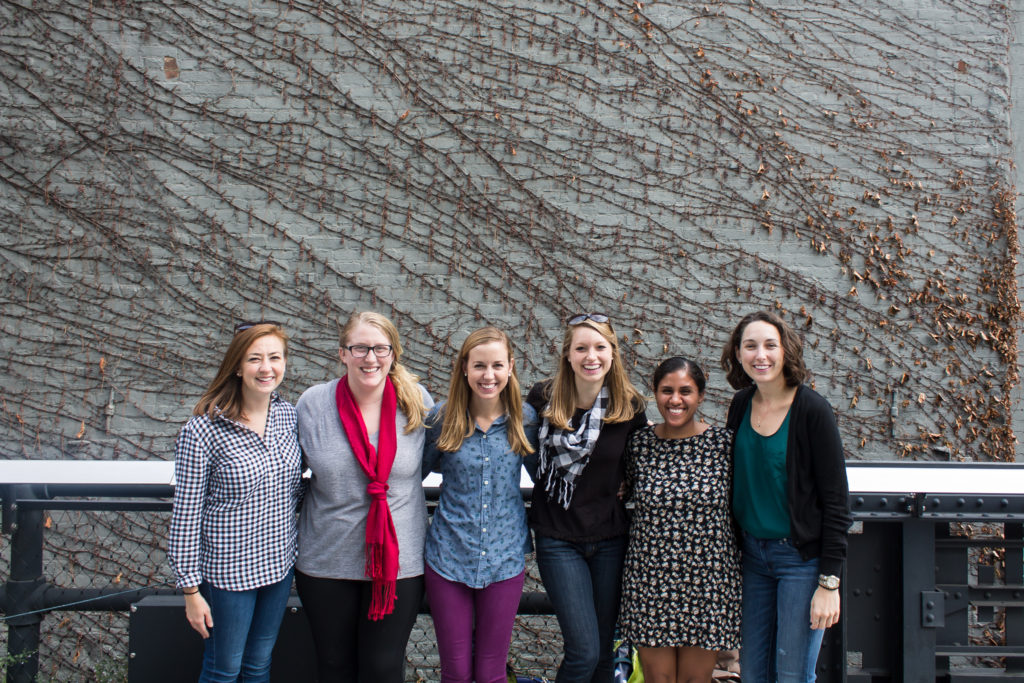 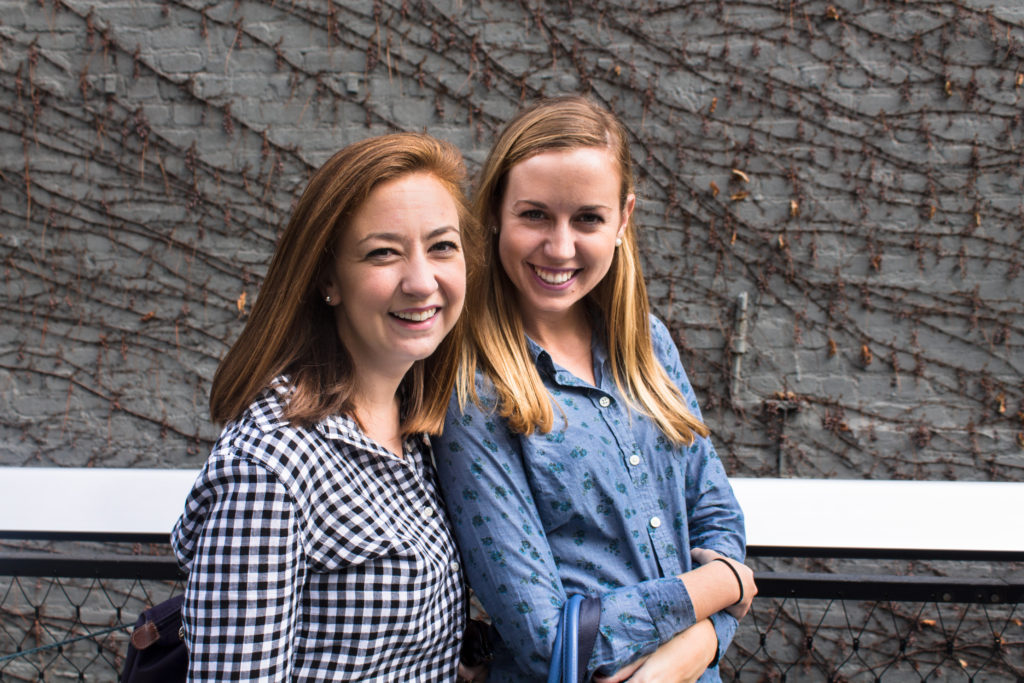 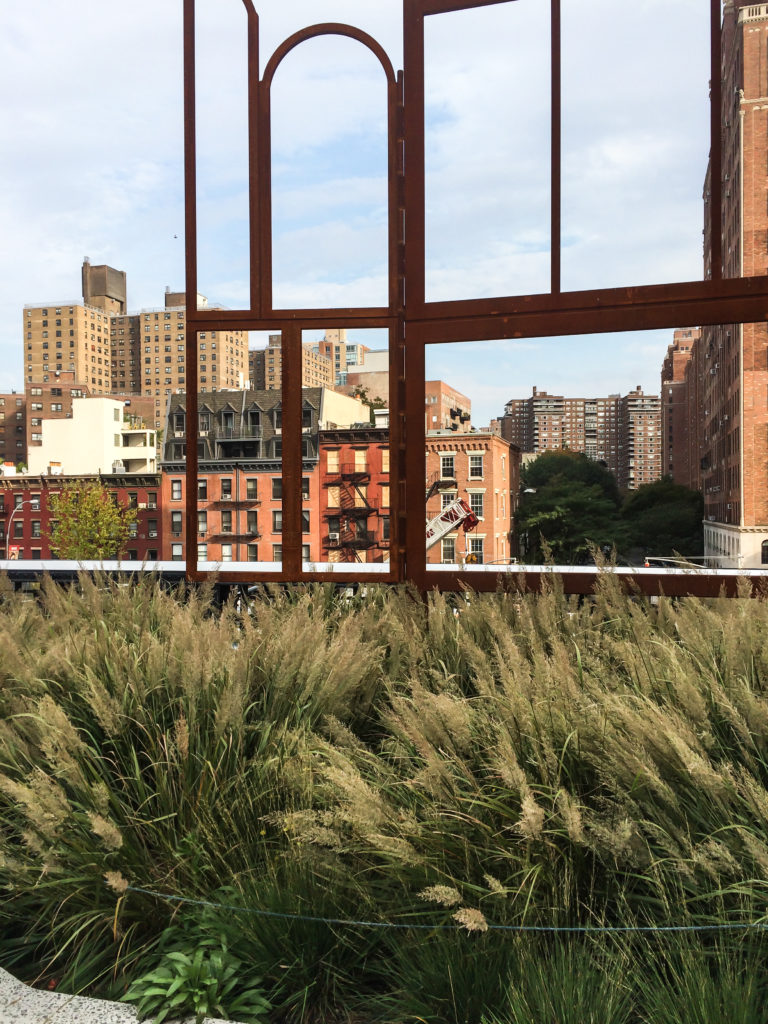 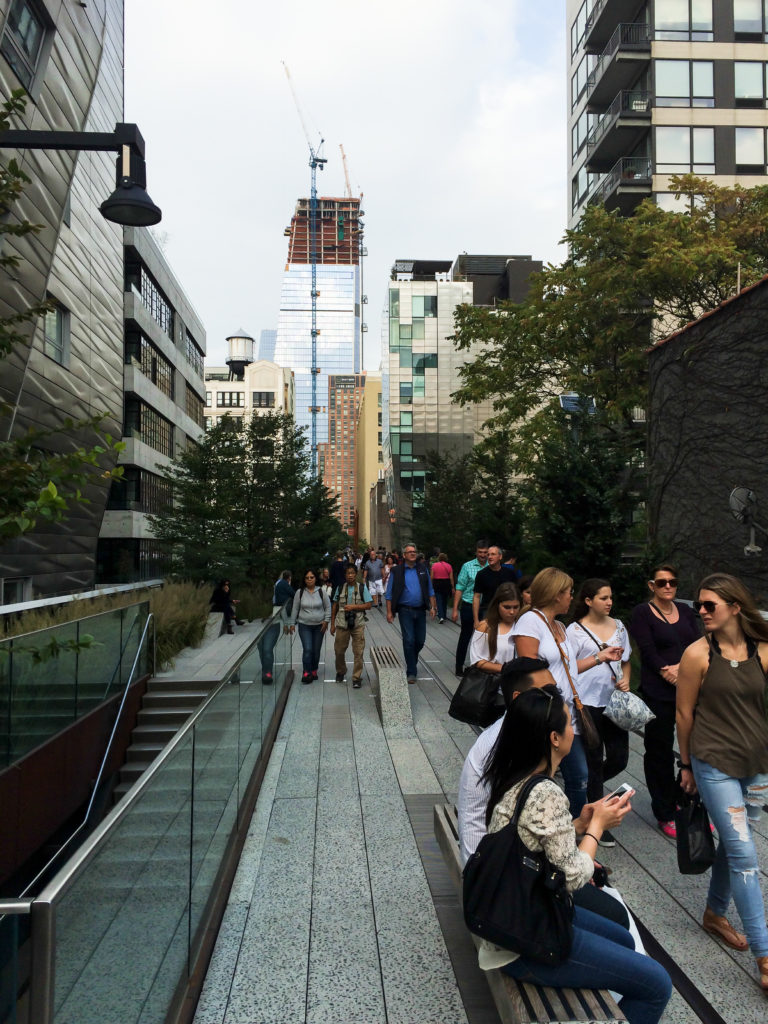 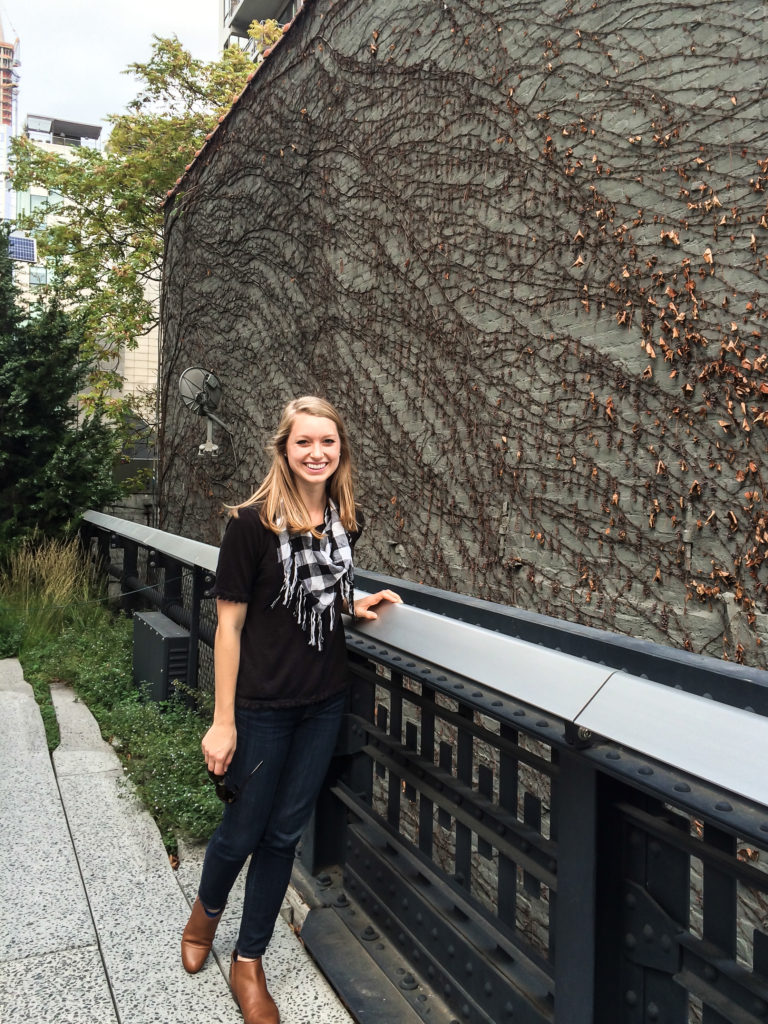 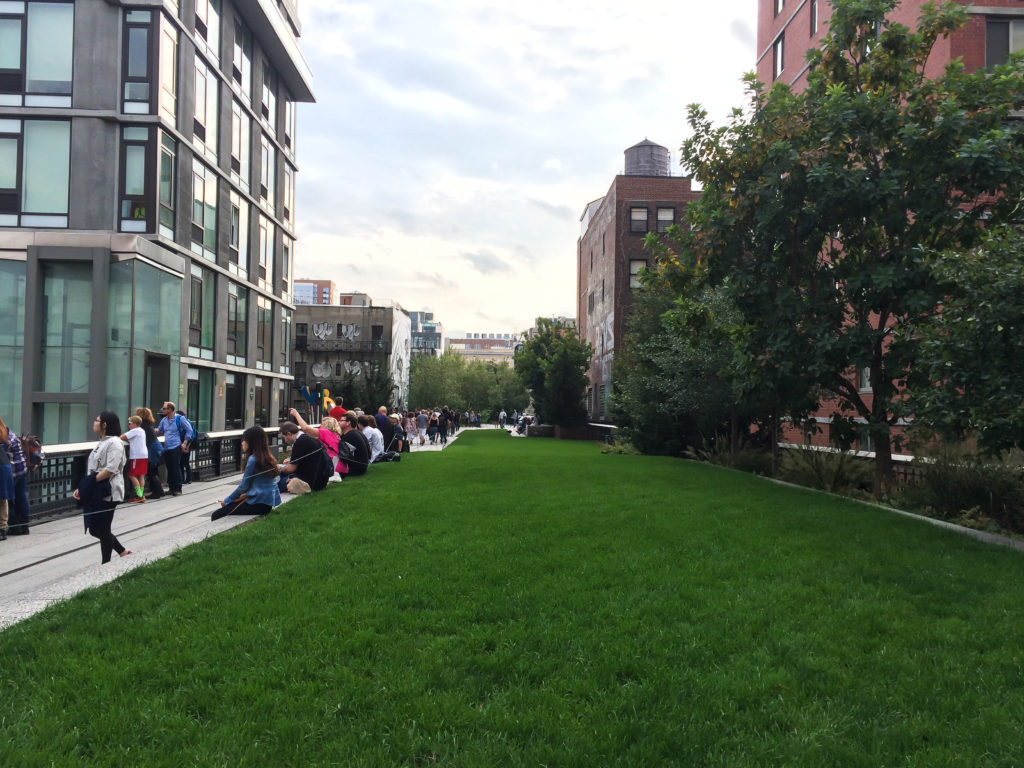 Dinner in Little Italy after the High Line then an early rise and shine!  With a 7am start time, we were at Prospect Park well before sunrise.  It was cold, but the weather felt great once we got started. 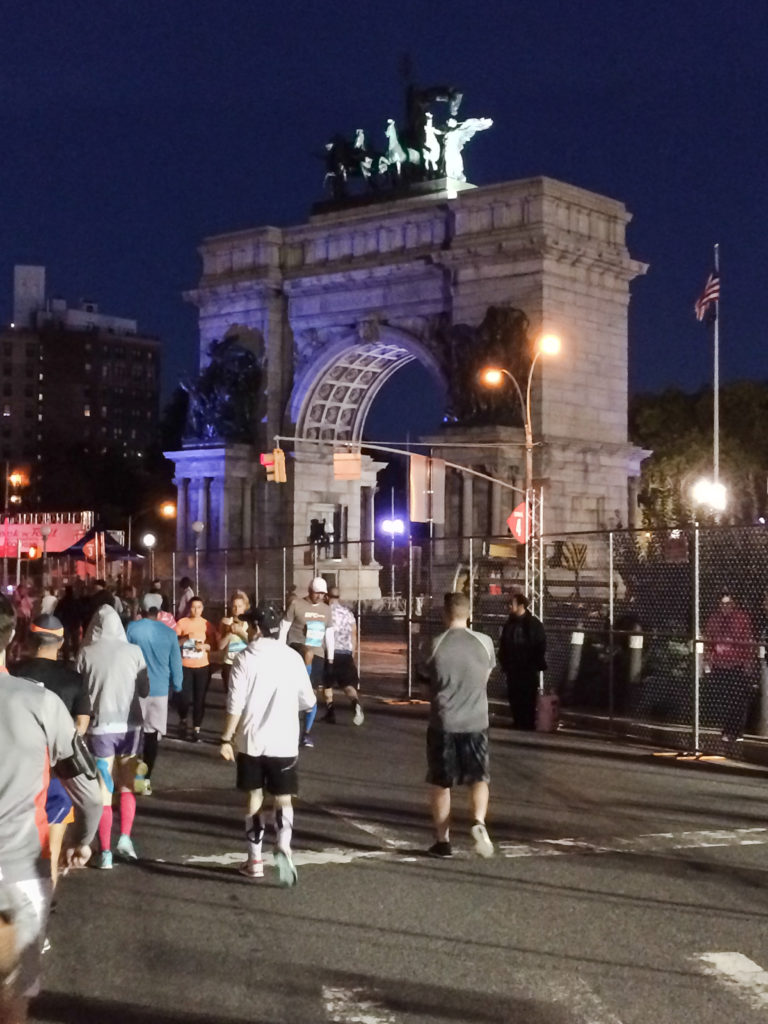 Post-race aluminum blankets, chocolate milk and gatorade as we listened to Nate Reuss from the band Fun!  Those aluminum blankets were the best!  They kept in so much heat.  I kept mine with me until we were halfway back to our apartment.  Of the half marathons I have run this one was one of my favorites.  I don’t know if it was because it was the first one I have run with music, the first one I have run with friends, a good course, or a combination, but it was a great experience. We were all a bit stressed the night before the race, cursing ourselves for signing up for a race when all we wanted to do was catch up with each other and tour the city, but we definitely felt accomplished and much less stressed after the race was over.  Congrats to the first time half runners in the group, these three ladies on the right! :) 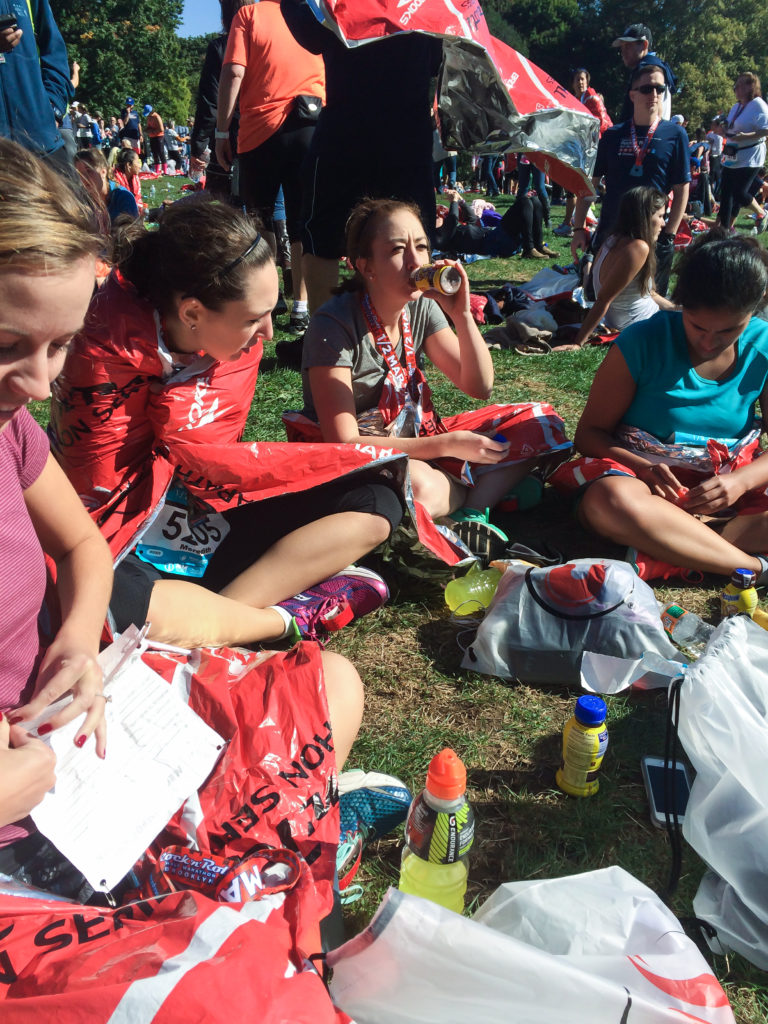 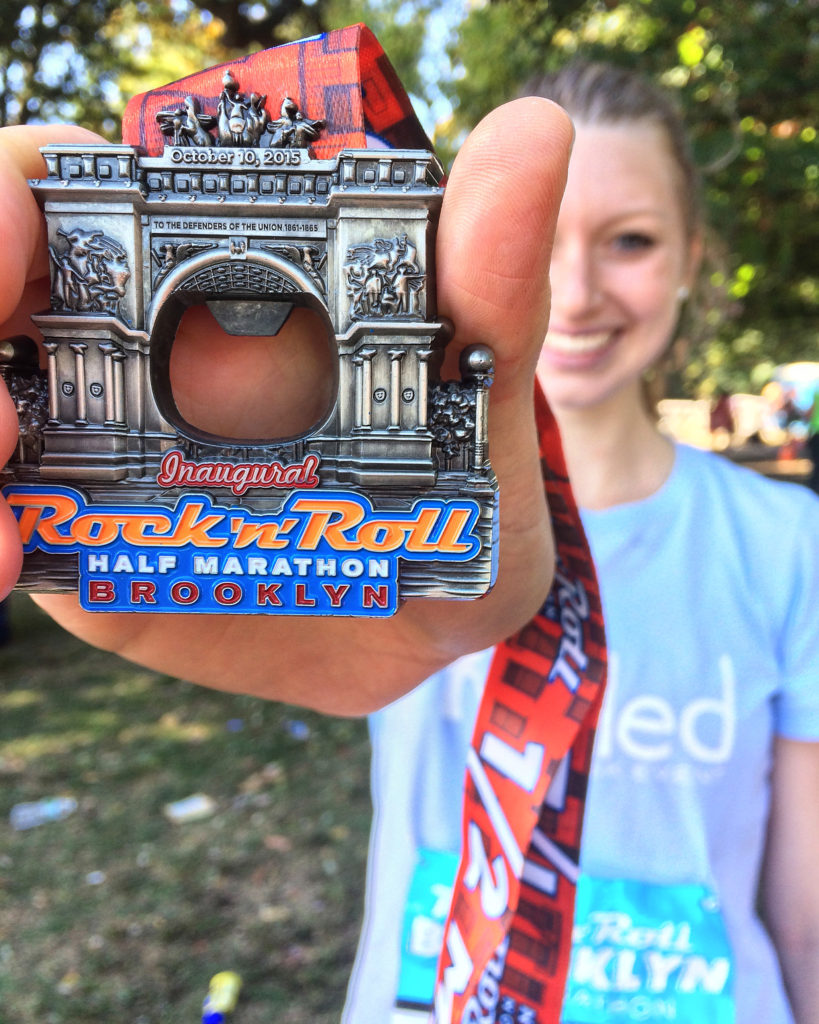 After the race we found a great brunch spot in Williamsburg, Brooklyn, and got ourselves a well-deserved helping of brunch.  Everything was so delicious and I realized when we arrived that I had been to the same restaurant years ago when my roommates and I visited New York.  Such a great coincidence.  Their hot apple cider was the bestttttt. 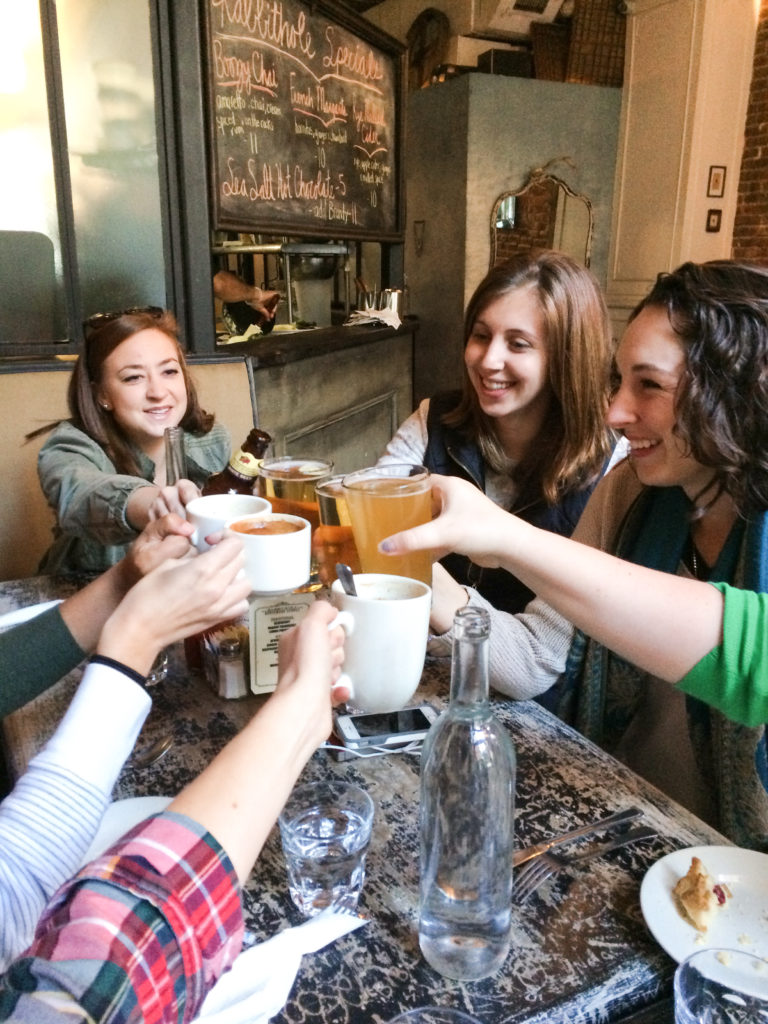 After brunch we decided to head into Manhattan for the evening to get in as much of the city as we could on our trip.  We accidentally went the wrong way out of the restaurant and instead of turning around and going a mile and a half in the other direction, we would just walk across the 1.4 mile-long Williamsburg Bridge which was right down the block.  You know, since we hadn’t gotten in enough miles that day. ;) 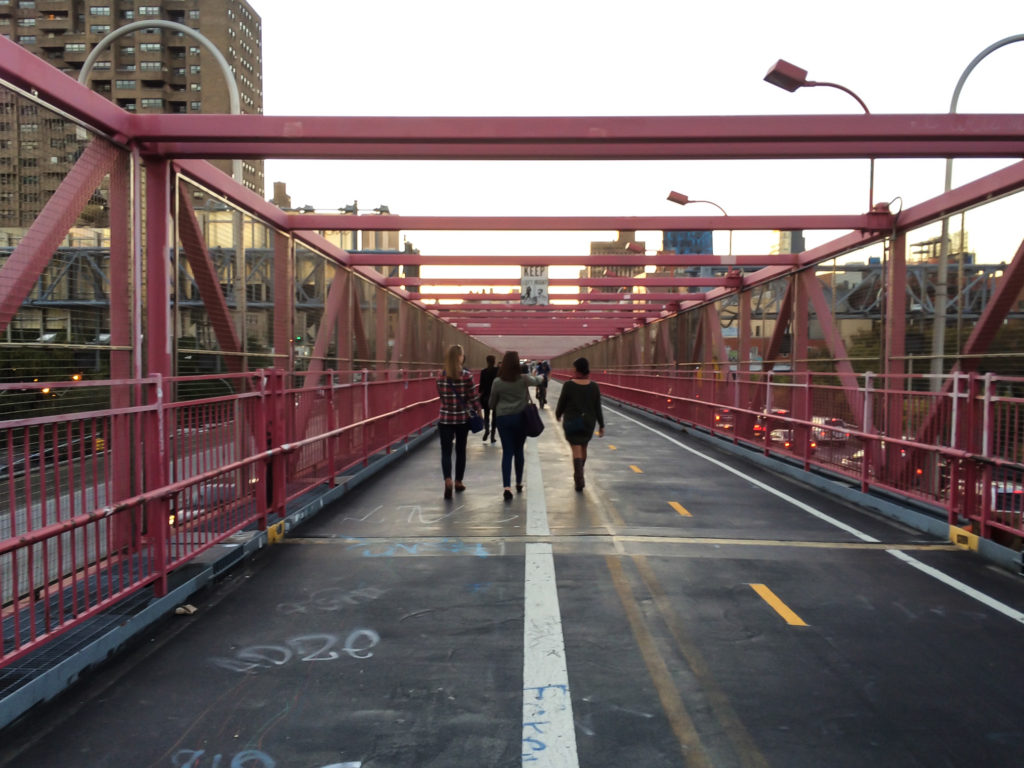 Photo creds in the picture above to Kelsey Davis.  We had no idea she was taking it but it is one of my favorites :) 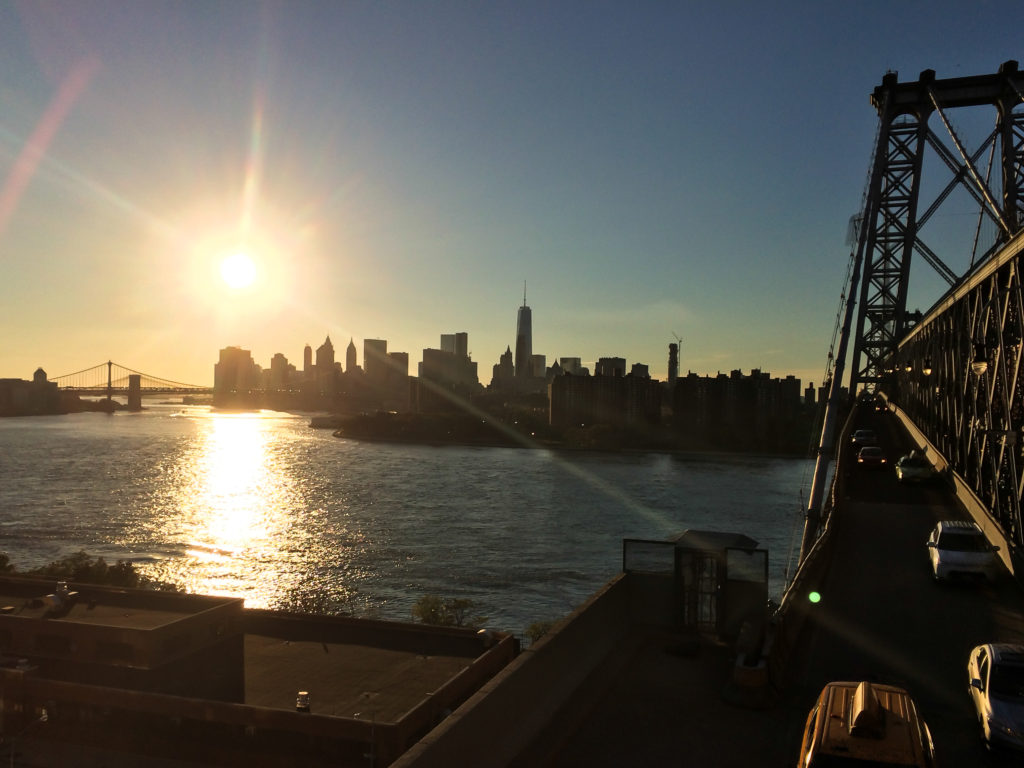 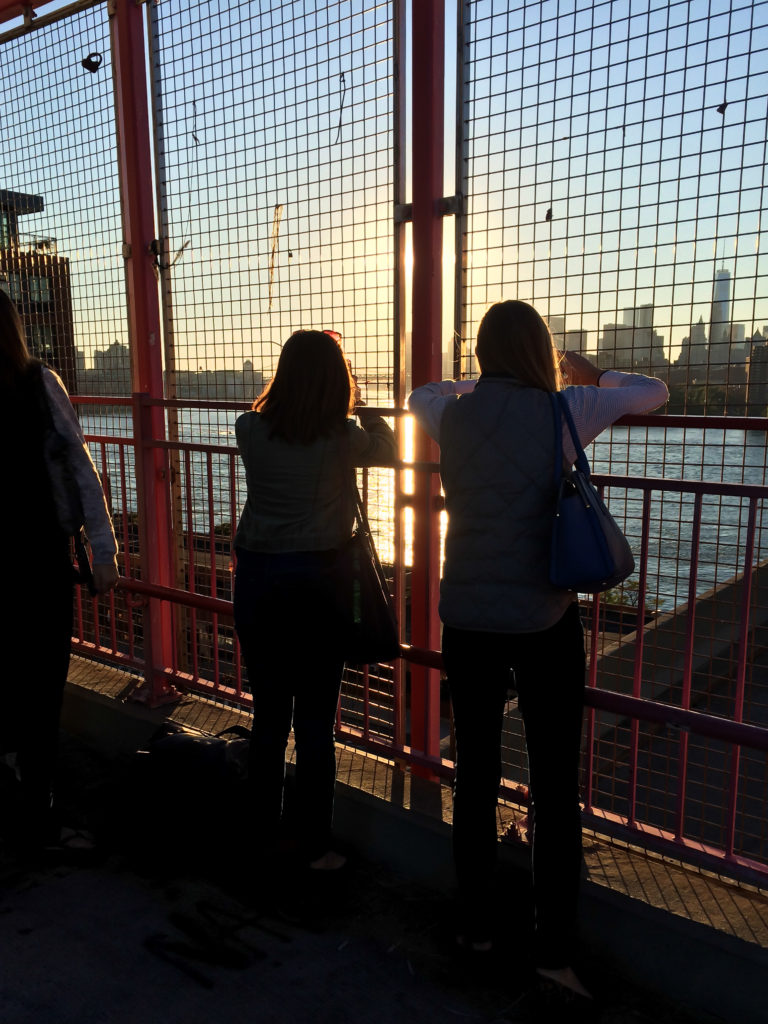 And the Williamsburg Bridge in all it’s splendor. 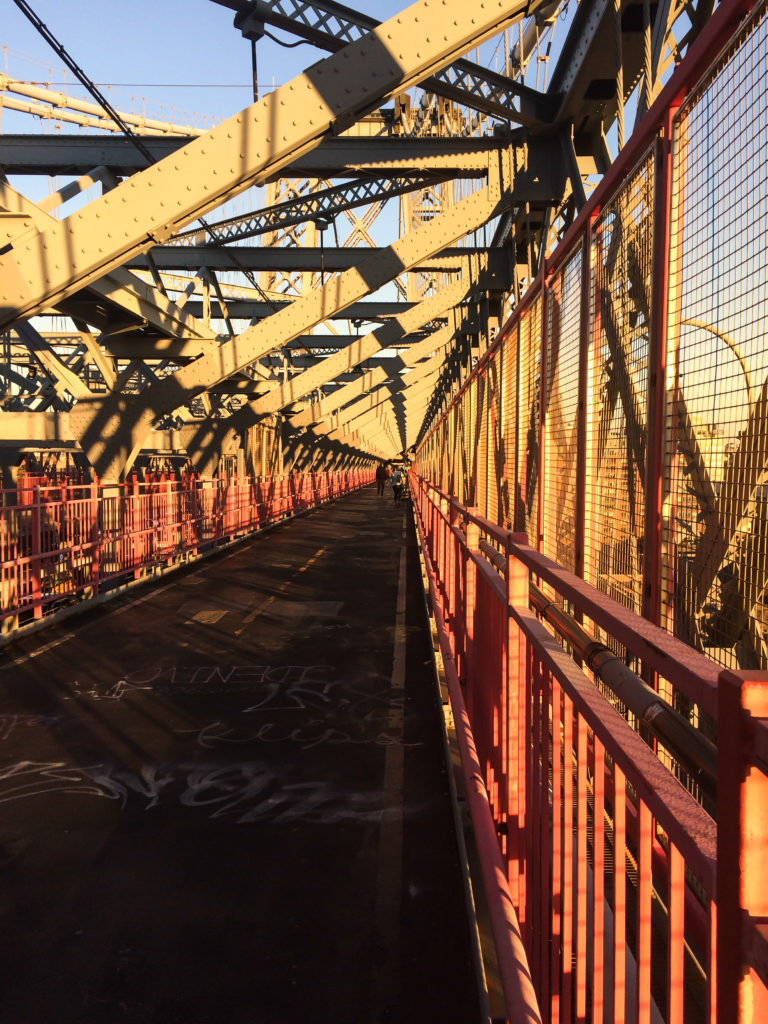 And a surprisingly good underground selfie by Kelsey at the Subway station. 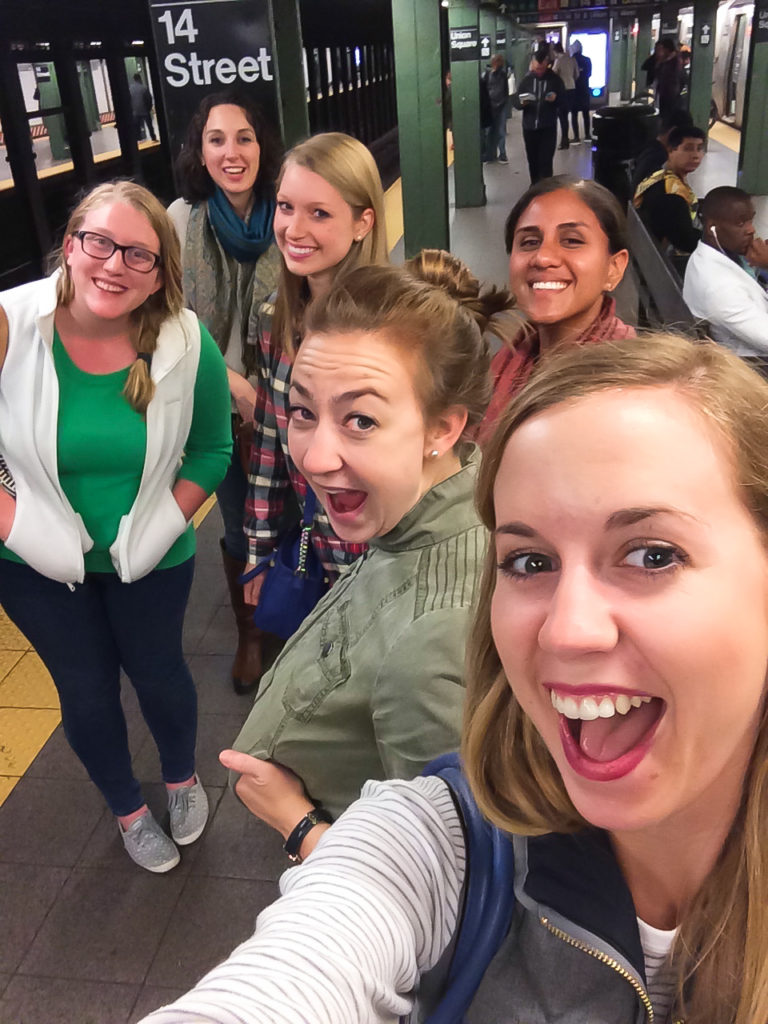 We made it over to the very touristy areas to see Magnolia Bakery, Rockefeller Center, NBC Studios and Time Square.  They laid the ice rink in Rockefeller Plaza the day before so skating was already in full force.  You would think we were there at Christmas, not mid-October, but hey, I’m not complaining.  After resting for a bit at Rockefeller Center we went to Eataly in the Flatiron district.  Eataly was so cool!  So much food everywhere! 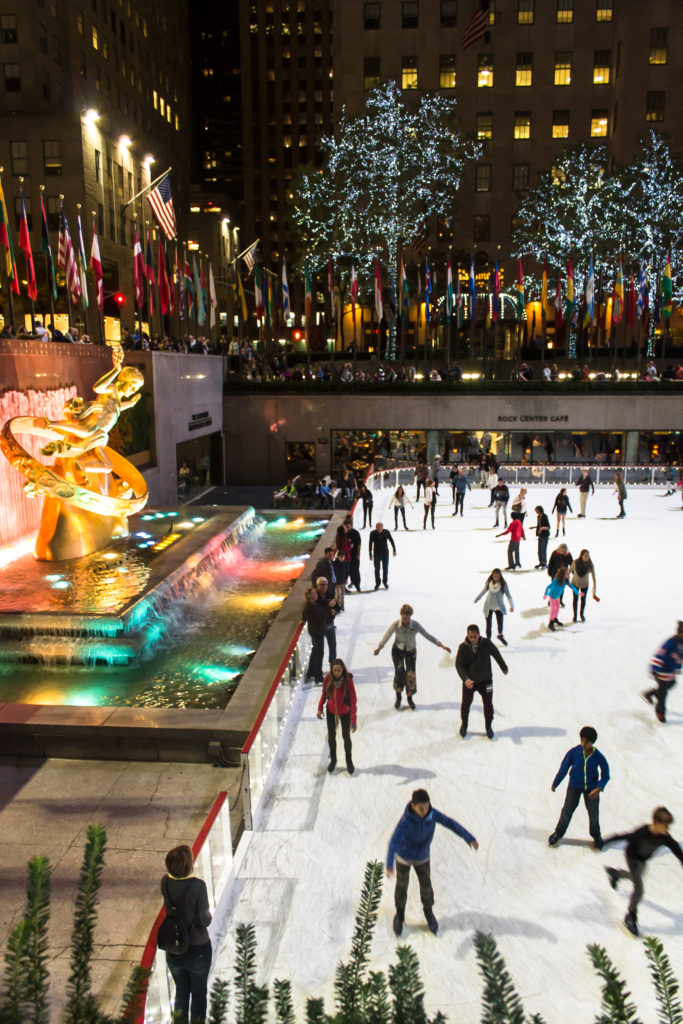 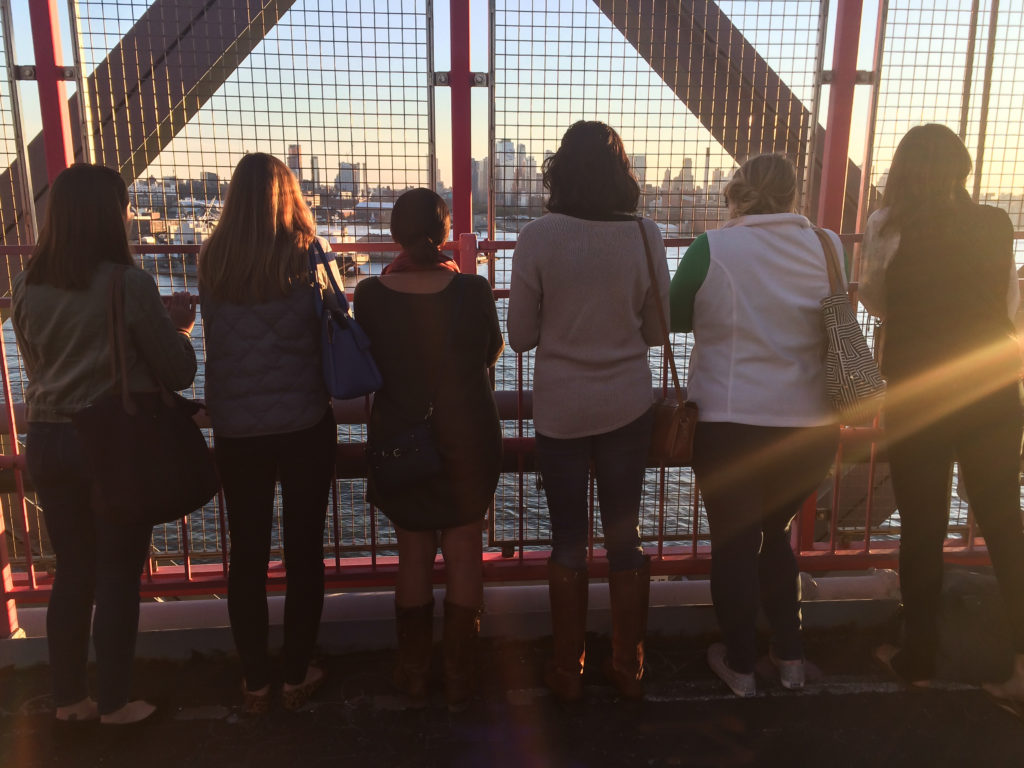 It was a wonderful wonderful weekend with some great friends.  I’m so glad we had the opportunity to do it.  Until next time, New York!