We’re back with our second pie of the week – maple caramel apple pie! Pies can be very divisive. Some people love pies, some people can’t get into them; some people could eat fruit pies all day, and some will eat any pie except the fruit-filled ones (see yesterday’s chocolate chess bourbon pecan pie if that is you). There is the perception that pies are impossible to make. I don’t know if this stems from the process of making pie dough, decorating pies, or the different steps that go into the humble dessert, but it seems like a lot of people shy away from making pies because of this perception. This maple caramel apple pie is worth putting your pie insecurities aside. Break it down with me: buttery pie crust, cinnamon and apple filling, and maple caramel sauce. Worth. It. 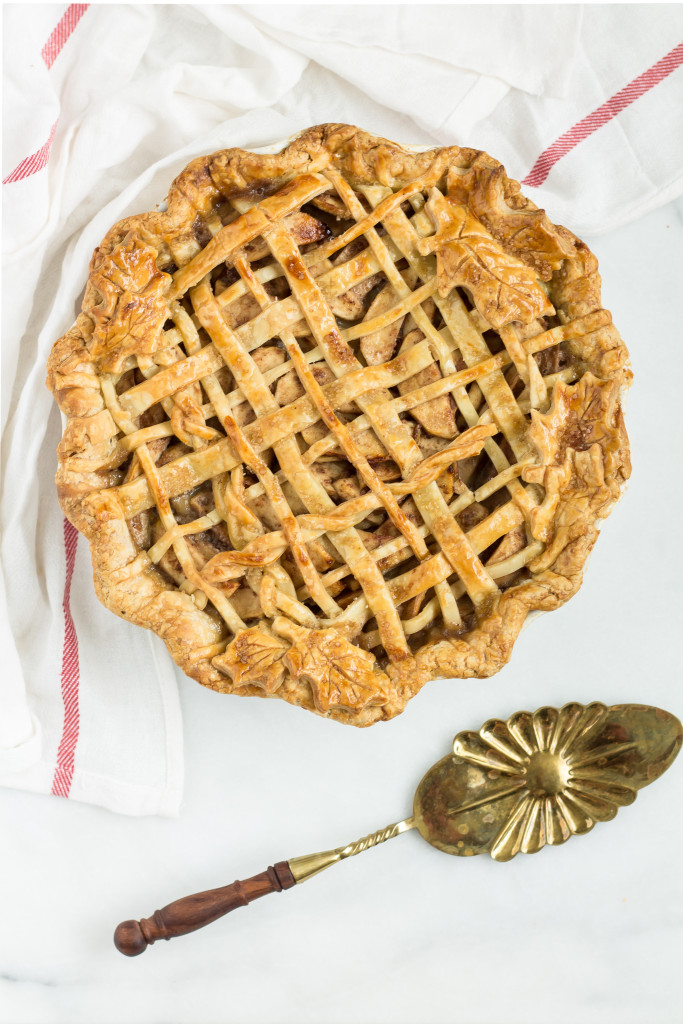 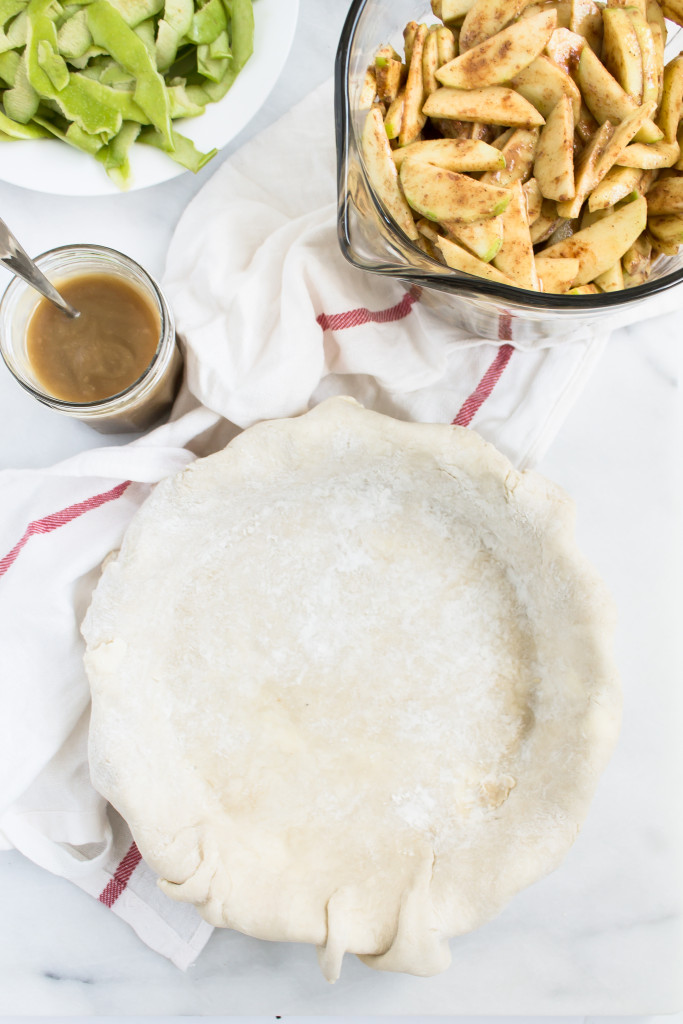 I admit, I have long been a Pillsbury pie crust enthusiast, and still keep a box in the freezer to use in a pinch. But, when I was testing homemade dough for this pie I did a blind taste test between homemade dough and store-bought dough and was amazed at how much better the homemade pie crust looked and tasted. There was no comparison! Though it is more of a process to make, the taste is so much richer and more complex. I am now a homemade pie dough convert through and through. 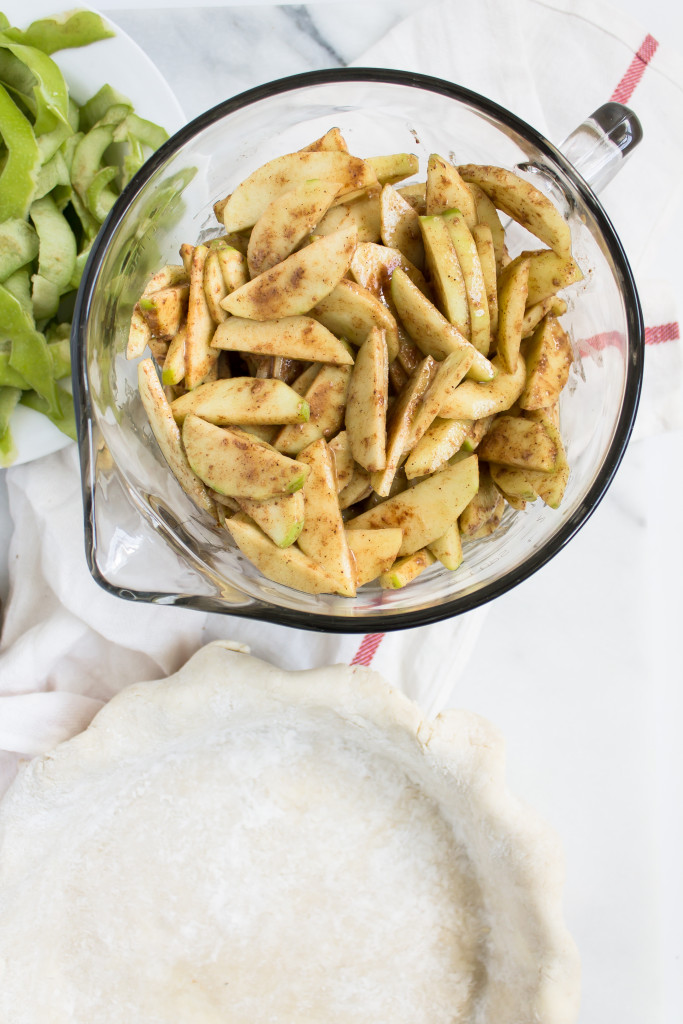 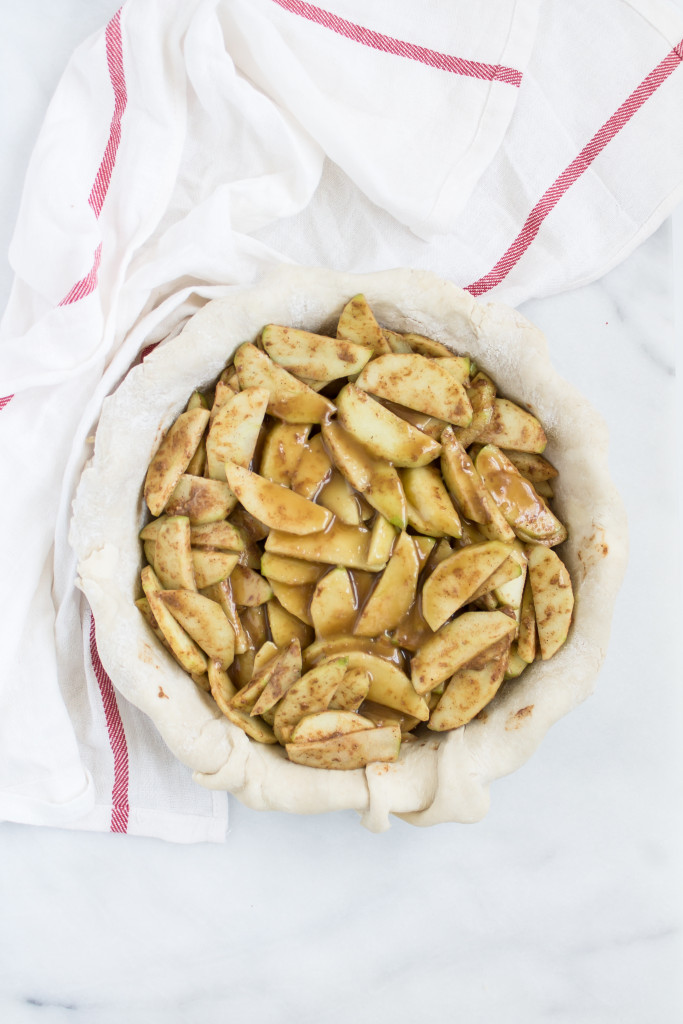 Where the store-bought dough was pale and lackluster in flavor, the homemade pie crust on this pie is golden, flaky, and perfectly buttery. It was so good that I baked up the scraps from the pie and ate them like cookies for the rest of the afternoon. Follow my lead – they were delicious. 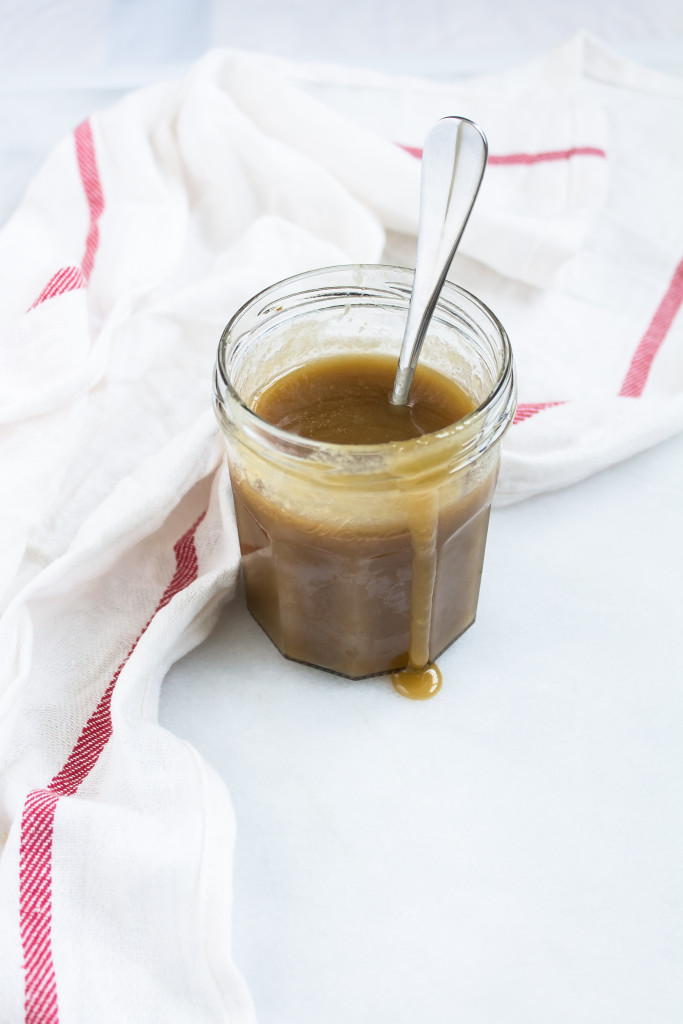 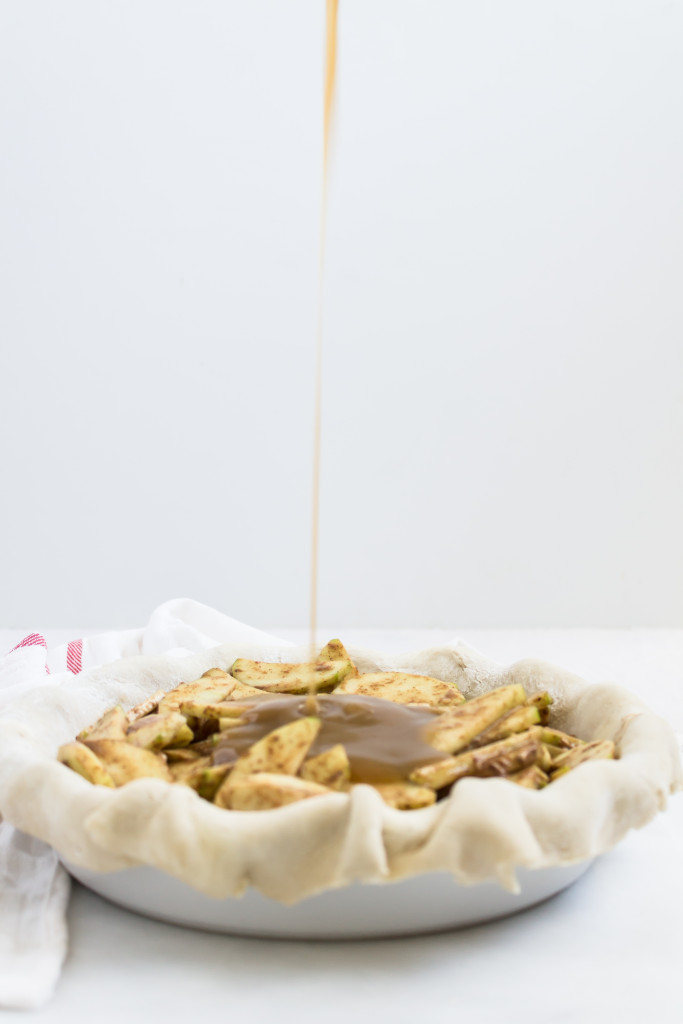 The pie filling itself is so easy to make. Grab a bag of tart apples and peel away before chop, chop, chopping them up. A quick toss in lemon juice and cinnamon brings bright, but cozy scents to the pie. We pour a nice hearty serving of our maple caramel sauce (I told you we would use it soon ;) ) all over the filling before topping with the rest of the pie dough. The apples slowly cook down in the pie, giving off such a quintessential fall scent that drifts throughout the house and creates the perfect escape from the chill in the air outside. I can’t decide if the maple caramel sauce, the buttery pie crust, or the mounds of apples are my favorite part of this recipe – it is so hard to pick just one. 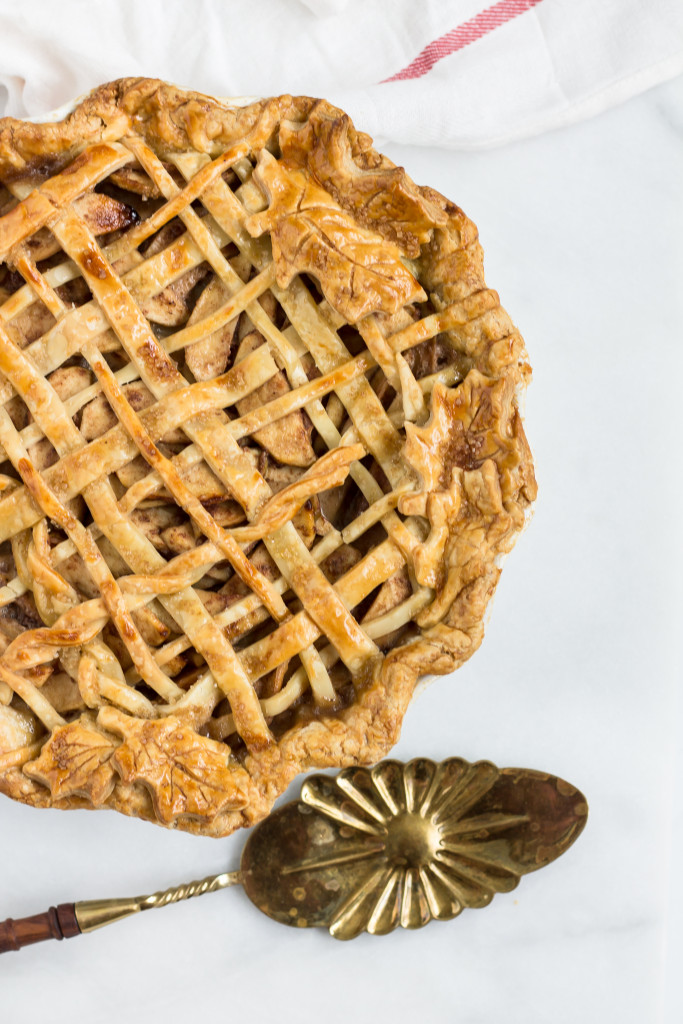 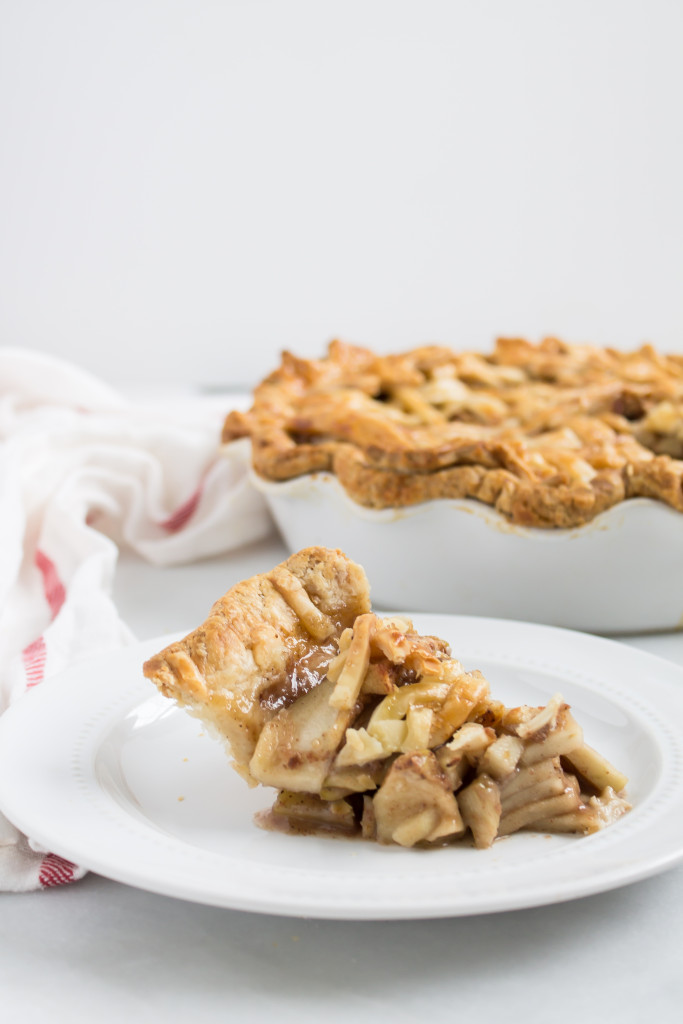 Find the recipe for this delicious twist on the classic American apple pie over on Lexi’s blog today. If you make maple caramel apple pie, I’d love to see it! Tag me (@hopehwoodhouse) on Instagram so I can follow your adventures with these recipes! 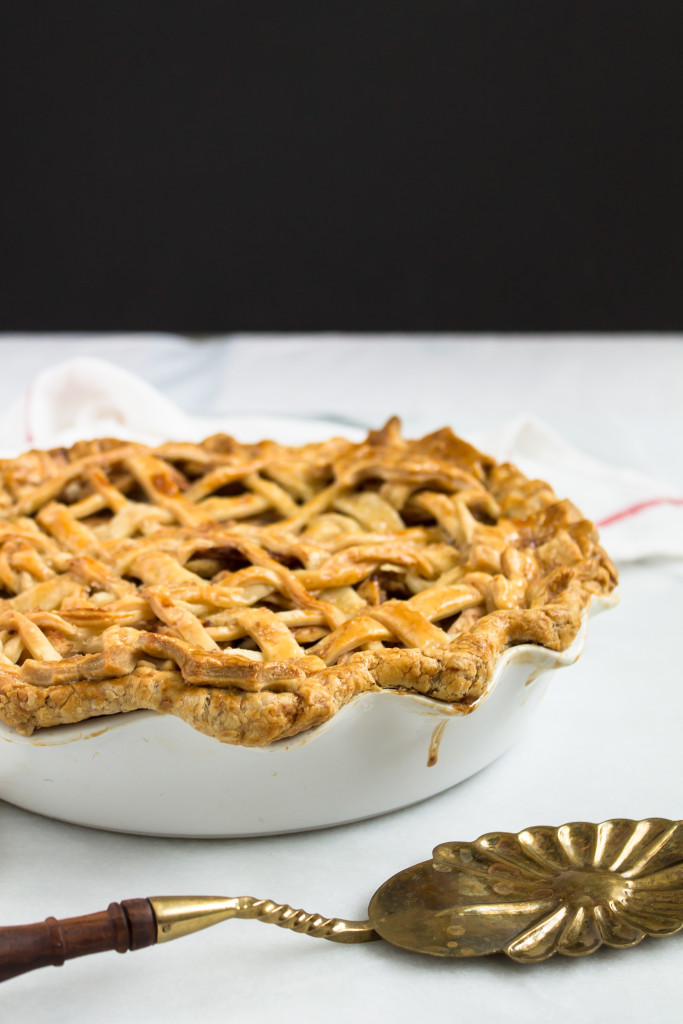